Recently, many famous newspapers in the world said that Tokyo 2020 Olympic General Director Toshiro Muto shared about the possible cancellation of the Tokyo 2021 Olympics at the last minute.

The reason given is due to the sudden increase in the number of Covid-19 infections in the Japanese capital.

“At this point, Covid-19 positive cases may increase or decrease. So we will think about what to do when the situation arises.

We will continue to discuss if there is a sudden increase in new cases,” said Toshiro Muto.

Concerns about Covid-19 continued to increase when as of 12 noon on July 21, the Olympic organizers reported that there had been a total of 75 positive cases of Covid-19, from June 29 to now.

Particularly on July 21, up to the morning, 8 people including 1 athlete, 6 contractors, 1 team member were found to have Covid-19.

“This morning, I attended the 2nd meeting of the heads of delegations of all countries participating in the Olympic Games, and all preparations for the Olympic Games were carried out normally.

The host country has not yet announced anything about the postponement or cancellation of the Olympics due to the pandemic,” said Tran Duc Phan.

According to Mr. Tran Duc Phan at this meeting, the Organizing Committee has informed the countries about the work to be prepared for the Opening Ceremony, which will take place at 8 pm (local time) on August 23 at the Olympic Stadium. in the capital city of Tokyo.

In addition, the Head of the Vietnamese Sports Delegation at the Tokyo Olympics 2021 further analyzed: “According to information from the Olympic Organizing Committee, as of July 19 to July 20, there are 176 countries and territories participating in the Olympics. festival.

However, at the meeting of the Head of Delegation held on July 21, the Organizing Committee announced that there were 195 countries and territories participating in the Congress.

Thus, compared to the number of 206 delegations in the previous regions, there are still 11 more delegations missing, but it is not excluded that there will be more delegations registered to attend the Congress. As such, I think the possibility of postponing or canceling the Tokyo 2020 Olympics is very difficult.”

Besides, according to the announcement of the Organizing Committee at the meeting this morning, the Vietnam Sports Delegation will have 2 athletes holding the flag, including 1 athlete and 1 female athlete.

Accordingly, Nguyen Huy Hoang (swimming) and Quach Thi Lan (athletics) will be the two athletes sent to hold the flag. However, because they can only hold one flag, the Vietnam Sports Delegation will have specific instructions for both athletes.

In addition, due to the complicated situation of the Covid-19 epidemic, the Vietnam Sports Delegation will only have a total of 24/43 members participating in the Opening Ceremony, including 18 athletes and 6 officials. 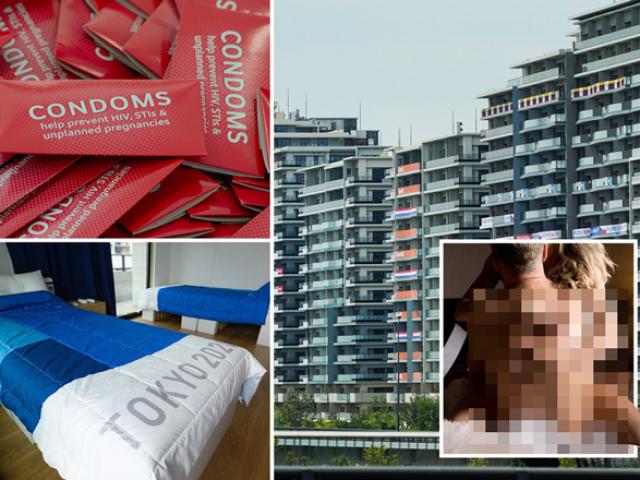 (Sports news, Olympic news) In order to absolutely limit “sex” at the Tokyo Olympics, the host country has postponed the…