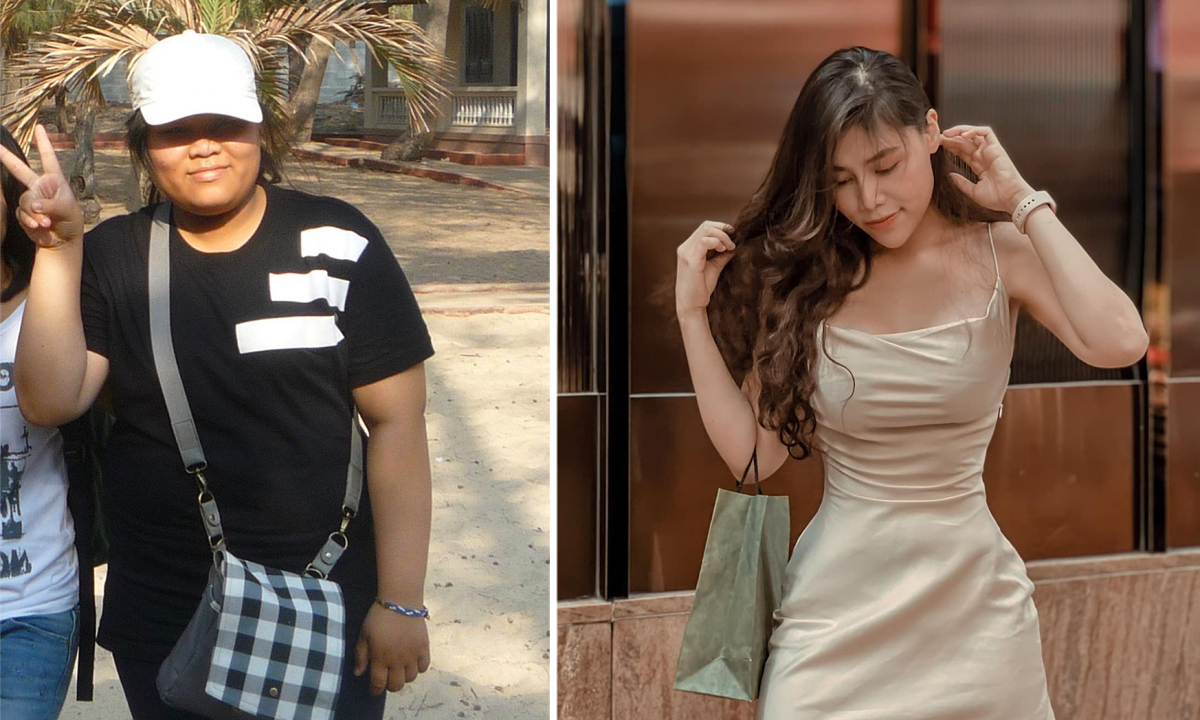 After dinner, Hong Loan used her hand to poke her throat, taking out all the food that was put into her stomach for fear that “it will take a long time to digest and cause weight gain”.

This is the second time in a day that a 28-year-old employee in District 3, Ho Chi Minh City has done this, before it was lunch. “I like the feeling of being able to eat comfortably, without having to exercise, and still be thin,” Loan explained her method of losing weight over the past seven months, although admitting it was “a bit barbaric”.

The girl is 1m65 tall, weighs 70 kg, gained 10 kg after a year of working from home. Also because of the weight gain, Loan is often laughed at by colleagues and friends. She tried exercise and diet, but the weight did not decrease. “Even when I sleep, I feel that there is a laugh about my appearance. I hate looking at myself in the mirror,” Loan said.

Throat hook is a way to remove 22 kg, what she calls excess fat. Currently, she weighs 48 kg, while the corresponding weight for height is 55 kg. Loan still insists that she has to lose another 3 kg to meet the standard.

Mrs. Ngoc Lan, 50 years old, Loan’s mother worries when her child loses weight in an extreme way. “Every time you eat a piece of cake or a few spoonfuls of rice, it will force you to vomit. Skinny people, pale face but still call fat”, Mrs. Lan sighed.

After 7 months of losing weight like this, Loan had gastric reflux, hair loss, insomnia, dizziness and irregular menstrual cycle. The doctor warned that if she continued to poke her throat, she could develop an ulcer or damage her esophagus, pancreatitis and be life-threatening.

The number of people obsessed with weight like Loan is not rare. Psychologist Nguyen Ngoc Hoang, a member of the Vietnam Psychotherapy Association, said that many Vietnamese people are suffering from psychological disorders, including excessive anxiety about body shape, weight and defects. About appearance. This obsession makes patients tend to want to lose weight quickly, promote fasting behavior, exercise excessively, and vomit after eating.

“In addition to following movies, some people who suffer from body shaming (disparaging their appearance) also find ways to lose weight, such as protest actions,” said Mr. Hoang.

Nguyen Linh, 21 years old, Ha Dong district, Hanoi is an example. The female student began to gain weight uncontrollably in 2015, when she was preparing for the 10th grade exam. Stress and fatigue forced Linh to look for energy drinks and snacks. After two months, she weighed 73 kg, her body appeared many stretch marks.

“Hey, you’re fat, stay out of the way”; “Be careful not to let her crawl into you”; “What girl is as big as a buffalo”… the words of friends that Linh can’t forget. She began to avoid going out, taking pictures with the class because she found herself ugly.

At the end of high school, Linh decided to lose weight to “take revenge on those who despised her for three years of studying”. In the first two months, she said no to starch, her daily menu only ate boiled lean meat and filtered water. After 15 days, she took more weight loss pills ordered online.

“The mistake many people make in the process of weight loss is cutting back or not eating starch,” said Dr. Nguyen Trong Hung, Head of Adult Nutrition Examination and Counseling Department, National Institute of Nutrition. . Starch, protein and fat are energy-producing substances, inadequate intake can cause depression, affecting memory as well as work performance.

Losing nearly 10 kg after two months of weight loss, Linh suffered from anorexia, often vomiting when smelling food. The female student did not know she had an eating disorder.

Eating disorder is a worldwide disease of psychological origin, characterized by patients forcing themselves to starve or binge eat. Research published in the Journal of the American Medical Association (JAMA) in 2011 concluded that people with eating disorders have a higher risk of death than other types of mental illness. Studies show that the proportion of teenagers with eating problems doubled, to 7.8% between 2000 and 2018. According to statistics, a person has a slim body but has problems with eating. metabolic rate, the risk of death is 2.5 times higher than a person who is fat but eats healthy foods and maintains exercise.

Vietnam has no statistics on the number of people suffering from anorexia related to weight obsession. But the number of people interested in how to lose weight increased sharply. Social networks also appear thousands of groups to share how to lose weight from exercise, eating to buying and selling functional foods. Each group has from a few tens of thousands to nearly 300,000 members. Under the shared posts are thousands of comments introducing weight loss drugs, fat pressing procedures to plastic surgery, unverified.

“The social network has grown with plastic surgery ads, rampant business of body products, pushing the slim body to become the standard of beauty, causing many people to be obsessed and run,” said the expert. Psychologist Nguyen Ngoc Hoang said.

I don’t think I’m too fat, but constantly watching pictures and clips about the standard “I have a crane with a shell”, Anh Tuyet, 20 years old, 1.61 m tall, weighing 50 kg, plunged into weight loss. Every time she surfs social networks, the third year university student is self-deprecating when she sees her friends showing off her three-round measurements. “I wish I had an ant waist, a toned body, and number 11 abs showing when wearing a short shirt,” Tuyet said.

At each meal, the girl begins to calculate the number of calories that are loaded into the body. “I’m tired of watching my daughter count each vegetable, calculate the amount of meat before eating,” lamented Duc Hung, 45 years old, Tuyet’s father.

But not all girls lose weight unscientifically. Like the case of Le Phuong Oanh, 23 years old, in Ho Chi Minh City. Belonging to people who easily gain weight, Oanh gained about 10 kg a year on average and peaked in 10th grade, Oanh weighed 105 kg.

She was teased, scorned by friends, even thrown at her by some other classmates because she was fat. This makes her stressed, tired and obsessive with strangers. Not wanting to be isolated and under pressure from society, Oanh made a plan to lose weight.

In the early days, the female students only ate one meal, increased green vegetables and fruits, drank a lot of water and did not snack. After three months, she lost nearly 15kg but nothing compared to the weight at that time.

Going to university, 9x learns more healthy weight loss methods, exercises hard and persistently adheres to the diet. After two years of training, Oanh’s weight dropped to 67 kg, and currently holds at 55 kg. “Weight loss is a process of training, it takes perseverance instead of trying to cut your throat, take medicine or fast regardless, to lose a few pounds of meat,” Phuong Oanh confided.

Like many countries in the world, weight has become an obsession of people and promotes the development of functional foods, fitness and associated services.

But when the gym was closed due to the epidemic, online training courses became popular. In the global report on fitness trends for 2021, women choose to exercise online 37.4% more than in 2020, more than three times more than men (up 11.7%).

The domestic market for tonics and functional foods to support weight loss and weight management has increased sharply. According to Euromonitor’s report in 2019, consumers tend to care about health, focus on exercise, and improve their appearance, making the demand for sports nutrition and health and weight control products. strong growth. In particular, it is forecast that weight management and fitness enhancement products will reach VND 23,571 billion in 2024, nearly double the revenue in 2019 and topping the sales of the domestic healthcare market.

Encouraged by her family, Hong Loan said she would stop hooking her throat when her weight dropped to 45 kg. “At that time, I will consider cycling, jogging or going to the gym to maintain a slim body. Now I will still do it, but reduce the frequency of hooking my throat to once a day”, the 28-year-old girl age said.