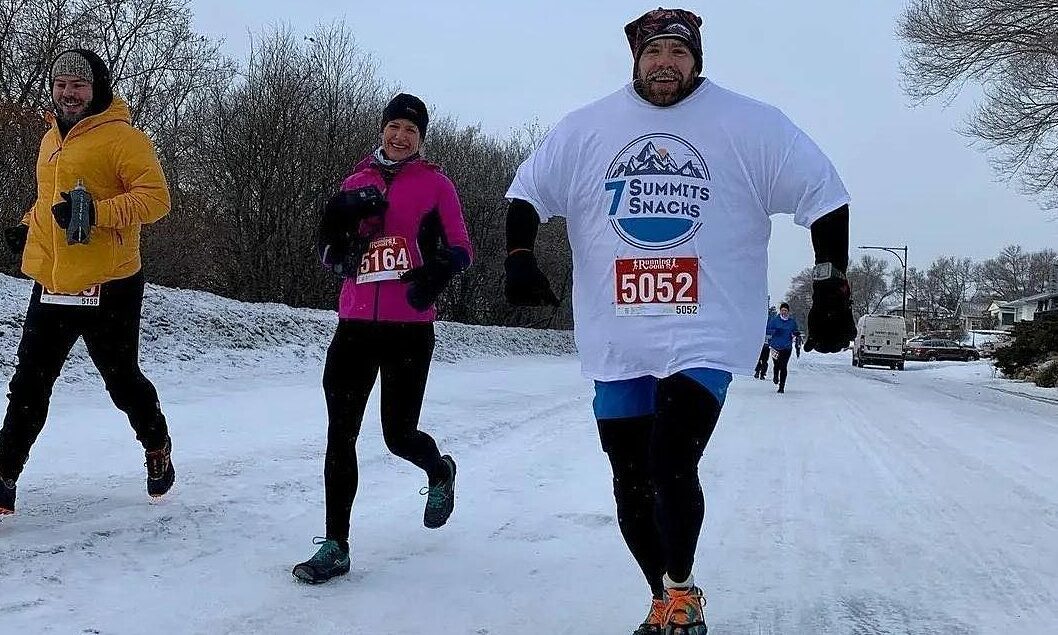 CanadaDavid Eliuk completed the half marathon while wearing 90 t-shirts weighing 19kg and setting a world record.

David Eliuk set this interesting record at the Hypothermic Half Marathon, which took place in Edmonton, Canada on February 20. He finished after 2 hours 37 minutes 54 seconds. The weather at the game is below 0 degrees is a favorable condition.

“Why can’t you just run and make other people happy. I’ve done work that not many people do. I’m very happy with the result,” David Eliuk shared.

He said he practiced for 5 months before the race. In order for the body to get used to this, on average, David will add 10 to 12 shirts every 2 weeks. Although he practiced a lot, but when he entered the main race, he encountered many difficulties, especially the number of shirts was too heavy.

“After starting 2km, my hands were numb. My arms were squeezed tightly. It was very uncomfortable. The volunteers also had a hard time helping me,” David said.

In order to put on all 90 shirts and run, the Canadian athlete was donated by many people, ranging in size from small to large, of which many sizes ranged from XXL to XXXL. The total weight from these 90 shirts is about 19kg.

The Guinness World Record has recognized David Eliuk as wearing the most T-shirts and completing the 21km distance. Previously, this record was set by another runner named David Smith at the Clowne half marathon in the UK in 2019.

David Eliuk said, wants to inspire his children to do unusual but interesting things in life. He encouraged his children to try to break the record of putting 18 socks on one leg in 30 seconds.

Thanh Duong (according to Runningmagazine)

On April 10, VnExpress Newspaper and Thua Thien Hue Provincial People’s Committee coordinated to organize the VnExpress Marathon Imperial Hue 2022. The race will take place at a time with nice weather and coincide with the Festival, the holiday of the Hung Kings’ death anniversary. This will be the focus of attention of runners and tourists present in Hue at the beginning of the year. Register to buy Bib running here.