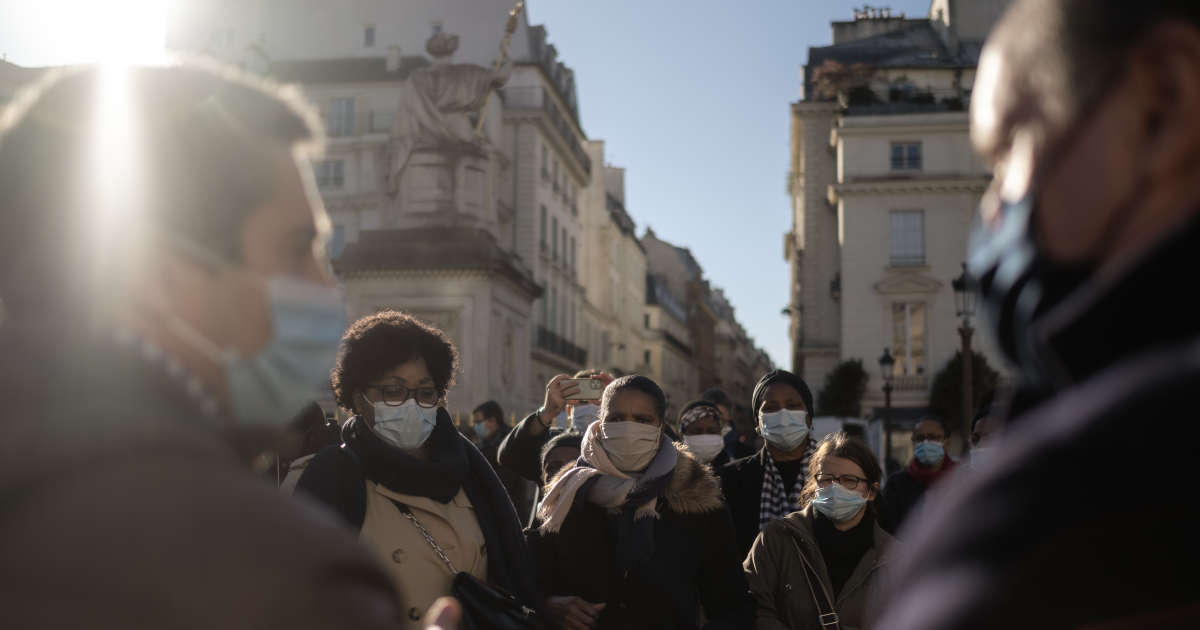 About fifteen of them pose, flirtatious and smiling behind their masks, on the very chic Place du Palais-Bourbon. On this sunny morning of November 18, it was after 9 a.m., and some of the housekeepers from the National Assembly remained after their service was over. Rare fact: they got together to ask for a thirteenth month.

In the middle of the small troop, Joana, in her fifties, is the first to speak. This woman of Cape Verdean origin has worked here for twelve years. She doesn’t speak French very well, tries to find her words a little, but everyone understands her. “When I started here, I was told: “Ah the Assembly? It means you have good pay. ” People do not know that we have a pay of nothing at all. “

At his side are the “rebellious” deputy François Ruffin, his colleague LREM Sonia Krimi, the former “walker” Cédric Villani and a handful of CGT delegates.

“We’re all broken. There is, it is the shoulder. Others, the knee, continues Joana. If we arrive at retirement… ” She did not finish her sentence when her colleagues applaud her. No camera came to film the scene, but it is indeed a first as these discreet employees usually avoid speaking with their faces uncovered.

READ ALSO Housekeepers: “Everyone could clean their own dirt”

They are called Céleste, Ana, Jeannette, Mafing… They are the invisible ones of