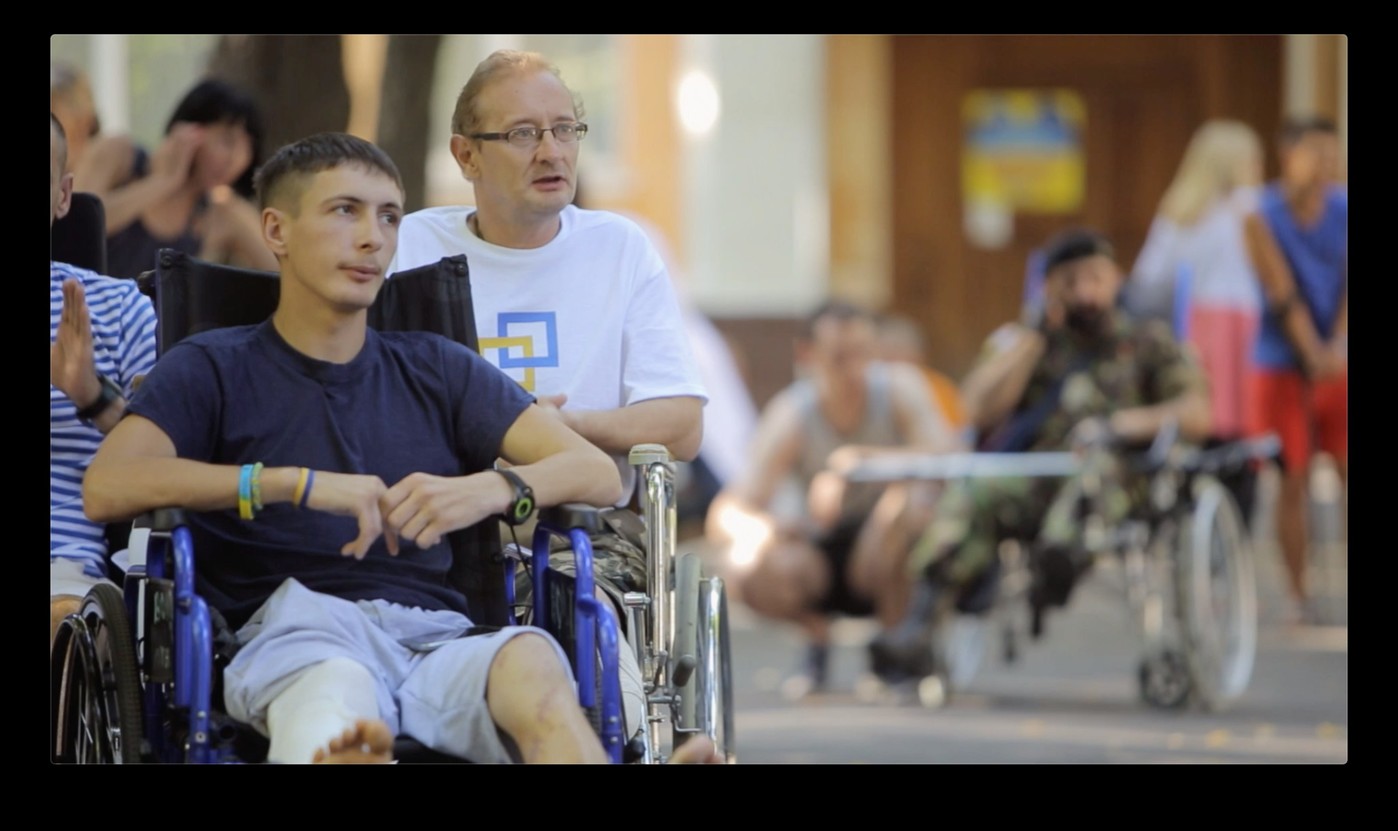 Through three intertwining portraits, Svitlana Smirnova brings us to life the slow reconstruction of the wounded who fought on the Donbass front. There are Anatolii, 55, Oleksii, 37, and Dmytro, 22. They endure long hours trying to walk again, repeating their exercises. They receive a few visits. We go from the garden of the Kiev military hospital to the treatment rooms. We walk through the corridors of this vast establishment where the wounded of the Donbass war converge. And the healing effort of these three men is a bit of a metaphor for a wounded country, Ukraine, which is trying to recover.

Anatolii, Oleksii and Dmytro all volunteered to enlist in 2015 when war broke out in the east of the country. This war, we hardly see it: only through videos where photos that the three men have kept in the memory of their mobile phones. Their fight is now to heal, even if the memory of the fighting is still there. With them, no bitterness. They say they have done their duty, without particular heroism. They look to the future, sometimes joke, and confide with simplicity.

Volunteer at the hospital

The Donbass conflict began when Russia armed separatist militias east of Ukraine in an attempt to put an end to Kiev’s attempts to draw closer to Europe. While this war is now in its sixth year, it continues to claim lives and injuries. It no longer makes headlines around the world, but still weighs on the daily lives of residents.

If the director was able to gain such confidence from her three characters, it is because she knows the place perfectly. Ukrainian actress and director Svitlana Smirnova is also trained as a physiotherapist. At the start of the war, like many Ukrainians, she volunteered to help the wounded. So she found herself volunteering at the same Kiev military hospital.

When she returned there with a camera, for a month, she was perfectly accepted. The result is a film whose tone is right, without artifice, woven of small moments full of humanity. We can feel the passing of time, we also see that healing is difficult, that it costs, physically and psychologically. But the protagonists never doubt that these are necessary efforts to move towards a better life.