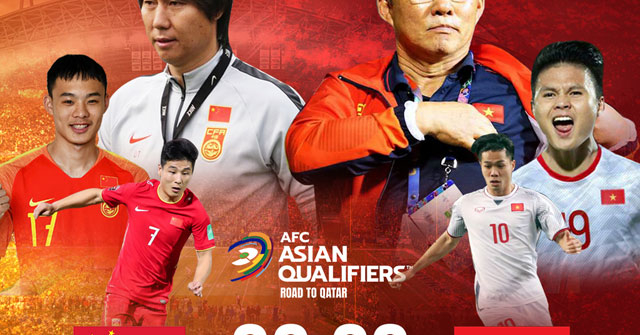 The Vietnamese team will continue to compete in the 3rd qualifying round of the World Cup – Asia region with a match against China at dawn on October 8. Fans across the country can easily watch and cheer on Coach Park Hang Seo’s teachers and students through FPT Play’s many platforms for development and cooperation.

Waiting for the historic score for Vietnamese football

Although not yet won the score in the third qualifying round, the performance of the Vietnamese team in the two matches against Saudi Arabia and Australia is remarkable. Before the top teams in the continent, Park Hang Seo’s teachers and students had a reasonable match, tried their best and created their own opportunities.

That is the basis for us to believe in a more positive result in the upcoming matches. Especially when the opponent is China, the team is considered to be more suitable for Quang Hai and his teammates.

In both of their matches, the Chinese team almost failed to show a bright spot in the game despite owning a number of naturalization positions. The weak, faded team of coach Li Tie was easily broken in the face of pressure from Australia and Japan. Compared to what the Vietnamese team did against Australia, it is clear that China’s performance is much less convincing. Before Saudi Arabia or Australia excelled in class, the Vietnamese team chose a low-key play and focused on the defense. But most likely with China, we will take a bolder and faster approach. Mr. Park can think of a plan to launch two strikers Cong Phuong and Tien Linh from the very beginning to create many ending points for the ball phase. Supporting the upline are players who are good at making the ball and controlling the rhythm like Quang Hai and Hoang Duc. In the downline, the trio of central defenders Que Ngoc Hai, Tien Dung and Duy Manh, if played properly, can completely neutralize your team’s chances. The Vietnamese team performed well against the Australian team

In the past, the Vietnamese team did not have good results against China at the national team level. However, the capacity, attitude and bravery of Coach Park Hang Seo’s army have improved significantly after many big battles. The whole team is ready to beat the opponent to make a mark on the continent. Approaching the match properly and making good use of the opportunity, the Vietnamese team is fully capable of winning the historic score in the 3rd qualifying round and bringing joy to the home fans.

Many years ago, Vietnamese audiences mainly watched tournaments via television channels. Understanding the needs and habits of Vietnamese audiences, in September 2021, FPT Play cooperated with Vietnam Television (VTV) to send to fans nationwide matches with the participation of the team. Vietnam belongs to the framework of the 3rd qualifying round of the World Cup – Asia region.

In this October, FPT Play and VTV continue to widely broadcast nationwide the confrontation between the two national teams of China – Vietnam on two channels, VTV5 and VTV6. Herbalife – Official Sponsor of Vietnam Football Teams – is pleased to be the Sponsor of the broadcast of matches of the Vietnam Football Team in the framework of the 3rd Qualifier of the World Cup – Asia Region on different platforms. channels VTV5 and VTV6.

At the same time, the explosion of the Internet and social networks helps audiences have more options to follow sports content. This requires television units to have a new approach to best meet the needs of fans. Live football on social networks thus appeared and quickly became a habit of the audience thanks to a number of advantages: Easy access, guaranteed broadcast quality and interoperability. As long as they have smartphones or devices connected to the Internet, spectators can enjoy the match progress and express their views instantly. These are experiences that traditional television cannot fully bring.

Continuous innovation is the way for broadcasters to best serve audiences. Not out of that trend, FPT Play also broadcast live matches of Vietnam Tel in the 3rd Qualifier of the World Cup – Asia on its social network system, including FPT’s YouTube channel. Da Viet, as well as Facebook FPT Play, aim to bring the atmosphere of the matches closer to the fans.

In the next match against China, Vietnam Tel will be energized by millions of viewers on social networks, as FPT Play continues to broadcast this match on Facebook and Youtube. 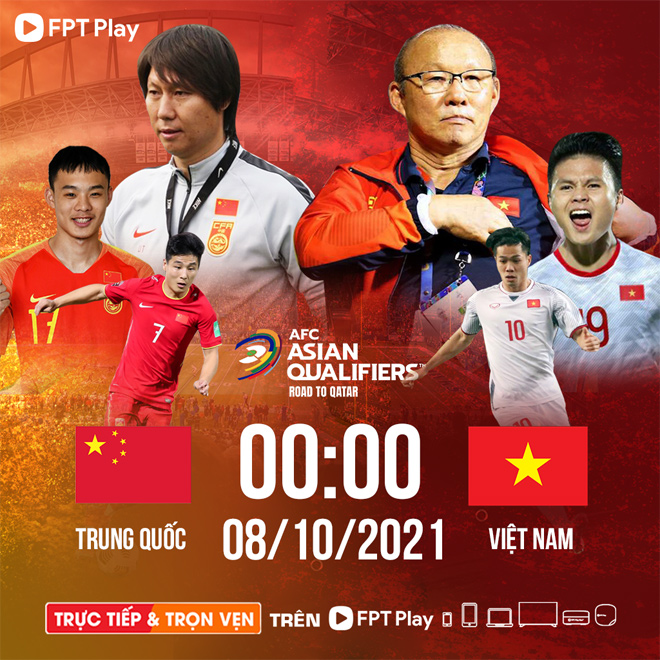 Besides, spectators can still watch the match through other familiar platforms of FPT Play such as FPT Play application https://fptplay.vn/ung-dung/download and Website: https://fptplay .vn/xem-truyen-hinh/world-cup-1.