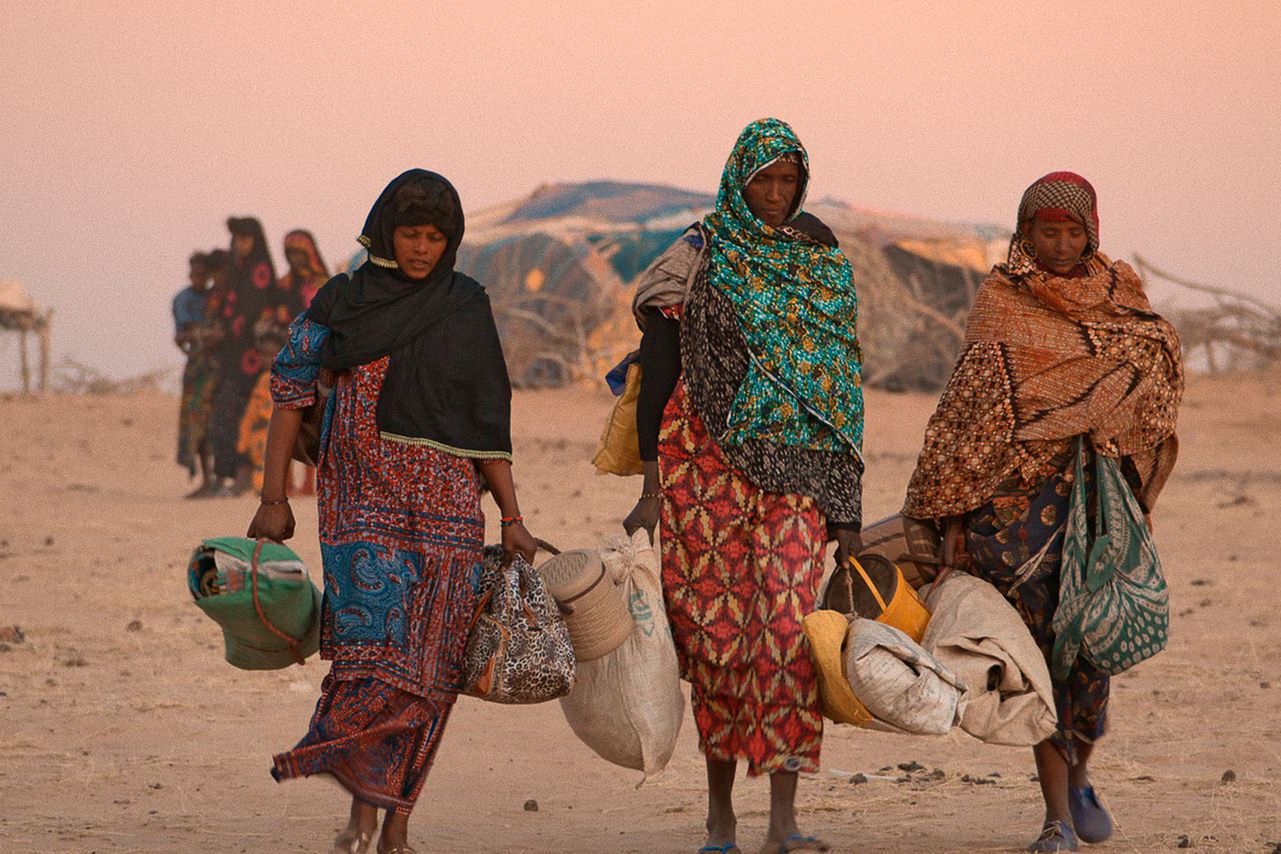 While, on this side of the globe, some still relativize the consequences of long-term global warming, the inhabitants of sub-Saharan Africa are already bearing the brunt of its effects.

Adjacent nomadic camps, the Fulani village of Tatiste, in the north of Niger, was once surrounded by a dense bush where children could get lost if they were imprudent to move away. It is now the desert as far as the eye can see which surrounds it, barely punctuated by a few trees.

An actress of Fulani origins and now a director, Aïssa Maïga, who disappears behind her subject, followed for a year, from October 2018 to October 2019, Houlaye, a 14-year-old teenager, and her family. She films them in their daily life transformed by the lack of water. The first working well is now located 10 km from Tatiste, a distance that children and women cover on foot carrying cans.

The impoverishment resulting from the drought forces the parents to leave for several weeks, even several months, to look for resources and pastures in the distance, leaving the cadets under the supervision of Houlaye and an aunt. These tasks and the lack of means force the children to less attend school where a benevolent teacher provides lessons in French to twenty-seven schoolchildren, all levels combined.

It is with tenderness that Aïssa Maïga captures small scenes that say a lot, like the silent gentleness with which Houlaye’s father washes his little boy with the little water he has at his disposal. During her five successive trips, the filmmaker has captured the beauty of places, people and scenes, as well as the suspended time of this increasingly harsh life. The seasons follow one another, from drought to torrential rain which transforms the desert into meadow for a few weeks, while the villagers await a response from the prefect to whom they have asked for a borehole.

Because, as the teacher explained to the children, groundwater is buried under their feet. Which amounts, as the charismatic Houlaye nicely notes, to ” walk on water “.