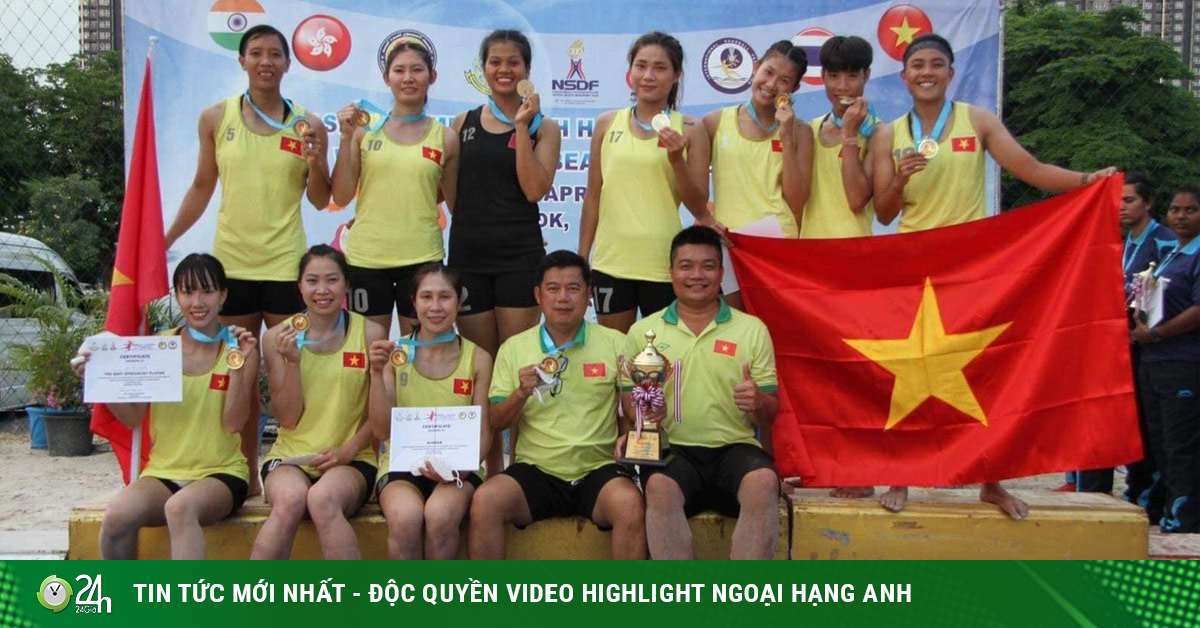 (Sports News) Despite having a big disadvantage when losing in the first leg, the Vietnamese women’s beach handball team spectacularly defeated Thailand in the second leg to win the Asian championship and win. tickets to the World Cup 2022.

Before that, the Vietnam women’s beach handball team lost 1-2 to Thailand in the first leg match on April 27. This makes the championship door of the Vietnamese girls quite narrow when Thailand only continues to win, or lose again with the same 1-2 score but with better scoring performance, to be able to take the championship.

However, in the second leg match taking place on the afternoon of April 30, the Vietnamese women’s team surprised Thailand by the change in gameplay and tactics. After being lost 0-4, coach Huynh Minh Ngon’s men quickly regained the game, equalizing the score 6-6 before taking the lead for the rest of the first half. Despite being beaten by the team. The host ball chased quite fiercely, the Vietnamese women’s team played very well to win the first half with a score of 22-20. 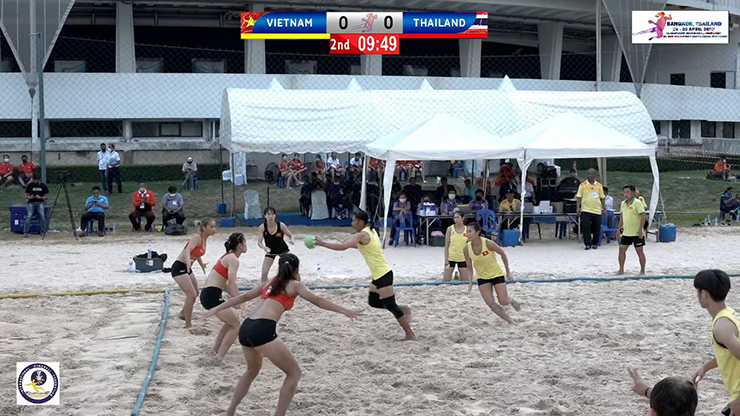 With the above result, the women’s team Vietnam and Thailand have the same 6 points (won 3 lost 1), but the difference between Vietnam’s victory and defeat is 7-2 and Thailand’s is 6-3, their total score difference. I am 215/121, and Thailand is 190/120. With these parameters, the Vietnamese women’s team excellently won the Asian beach handball championship 2022 right in Bangkok.

In addition, the Asian championship also helps the Vietnamese women’s team win tickets to the 2022 World Cup (World Cup) held in Greece in June with 15 countries competing. Besides, there is a ticket to attend the World Games taking place in the US in July this year. “In fact, we could have won 2-1 in the first leg, but the coaching staff had to hide some important factors. Because Vietnam and Thailand are two teams that are too familiar with each other and also study each other’s pieces very carefully. That’s why we chose to unleash our strength in the second leg to surprise the opponent and win,” said Huynh Minh Ngon, head coach of the Vietnamese women’s handball team.

It is worth mentioning that, despite being the number one team in Asia, the Vietnamese women’s beach handball team could not compete at the 31st SEA Games because other teams withdrew at the last minute, leaving only two countries registered to compete in the tournament. This subject is hosted by Vietnam and Thailand.

According to the regulations of the Southeast Asian Sports Council, any sport that does not have 3 or more participating countries will not be organized, so the women’s beach handball had to miss the appointment at the SEA Games at home. “In the initial registration list in the women’s beach handball sport for the SEA Games, there are 5 countries. But suddenly at the last minute there were only 2 countries left. We feel very sad that our chances of winning gold are very high.

The victory over Thailand and the Asian championship is a worthy reward and consolation for the training efforts of female athletes during the past time. We will have a few days of rest before returning to active training to prepare for two consecutive World Cup and World Games tournaments in June and July,” added Mr. Huynh Minh Ngon. 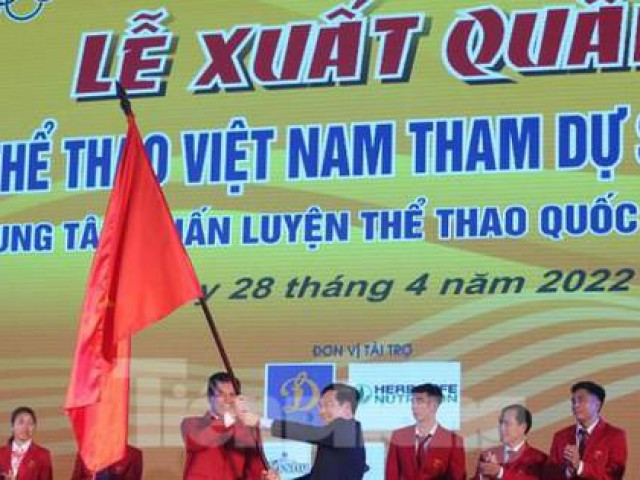 SEA Games 31 is the second time Vietnam is hosting a Southeast Asian Games after 19 years. Vietnamese sports strive to win the top position at the 31st SEA Games.