(PLO)- The 31st SEA Games will take place in Vietnam from May 12 to 23 with 40 sports (including 526 competitions), held in Hanoi and 11 neighboring provinces and cities. 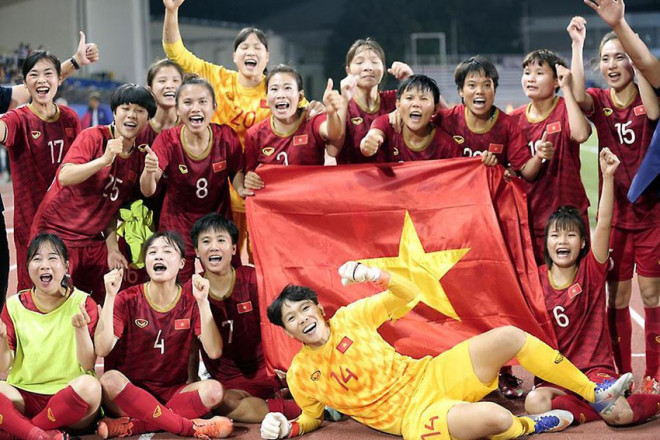 More than 1,300 Vietnamese athletes will win about 140 gold medals

On the night of April 28, the departure ceremony of the Vietnamese sports delegation was held at the Hanoi National Sports Training Center with art performances by famous artists and athletes of the national teams.

A total of about 7,800 members (team leaders, experts, coaches, athletes from 11 Southeast Asian countries) will participate in the SEA Games, in addition to 1,300 referees, supervisors, international officials and more than 2,500 officials. newspapers at home and abroad. In particular, the Vietnamese sports delegation has the largest number of members with 1,341 members, including 951 athletes.

Host Vietnam will compete in all 40 sports of the 31st SEA Games, most notably still the king sport – men’s and women’s football both aim to protect the SEA Games gold medal.

55 million VND in prize money for a gold medal

The athletics team participating in the 31st SEA Games has the largest number of Vietnamese sports delegations with 86 members, including 65 athletes with the highest goal of winning about 15-17 gold medals to maintain the No. 1 position in Southeast Asia. According to the calculation of the training board, the main athletes are expected to win 12 gold medals and the youth can win 6-7 more gold medals. Unfortunately, short-distance runner Le Tu Chinh has just suffered an injury and may miss this SEA Games.

The swimming team participated with 40 members, including 31 athletes with the goal of winning about 6-8 gold medals, because the number 1 fisherman Anh Vien had just said goodbye to the team after the national championship. On the evening of April 28, the Vietnamese Sports Delegation attending the 31st SEA Games held a Departure Ceremony at the National Sports Training Center in Hanoi (Nhon).