(Sports news, billiards news) Boxing has to take the coach of the teams as referee, volleyball wobbles because of Covid 19 cases, many teams quit the national athletics tournament, billiard players are stuck in the country. In addition, Covid 19 is making Vietnamese sports very difficult.

Efforts to organize national tournaments to create conditions for athletes in all disciplines to have the opportunity to rub, compete and prepare for the 31st SEA Games of Vietnamese sports are facing many difficulties because of Covid-19 , even creating “tragic comedy” stories.

Most recently, the National Boxing Tournament 2021 held in Bac Ninh from November 30 to December 6 had to be postponed for 1 day because a referee was positive for Covid. After organizing the tracing, the organizers react when there are 18 referees who are identified as F1, or F2 of the case F0 above. Therefore, this number of referees must be isolated according to regulations, unable to perform duties at the tournament. The tournament therefore has only 3 referees left.

Faced with the risk of canceling the tournament because there was no one to “hold the balance” while more than 200 boxers had gathered in Bac Ninh, the organizers “fired” with a rather unique plan, which is to invite 10 coaches of the teams participating in the tournament will act as referees. The number of members of the assessment team has also been reduced from 5 to 3. Thanks to that, the tournament can still be held. 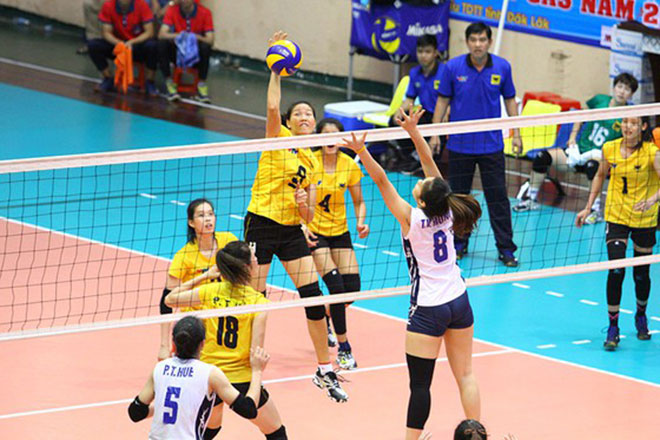 In volleyball, the 2021 national championship starting from December 14 will almost certainly be absent, the heaviest candidate for the championship, VTV Binh Dien Long An, when the Western team plays the game. Currently, up to 8 key members of the team, including 1 gold medal and 7 athletes have been infected with Covid-19.

A few days earlier, the Binh Duong men’s volleyball team also detected 2 cases of Covid-19 infection and was likely to have to part with the national championship.

As for the national Grade A volleyball tournament in 2021, which ended not long ago, there are 5 teams including 3 men’s teams (Sanest-Sana Khanh Hoa, Tra Vinh and Ho Chi Minh City Police) and 2 women’s teams (Binh Thong army) news and Hai Duong) had to part with the tournament because of an infection, or the impact of Covid-19, causing the professional quality of this tournament to be severely affected.

Many other prizes “just worry about snoring”

In athletics, the 2021 national championship is scheduled to be held without an audience from December 9-13 at My Dinh Stadium (Hanoi), but has not yet taken place but is gradually “dropping” the competition teams. fight. Recently, two athletic teams Gia Lai and Kien Giang officially submitted an application to withdraw because of the complicated situation of the local Covid-19 epidemic. In addition, a number of key athletes in the delegations also did not attend or abandoned the previously registered content. In particular, last year’s 20km walking events, which were played outside the field, have now been moved to the courtyard. However, there is no guarantee that before the match day, the teams will still have to undergo a Covid test.

The National Championship Billiards and Snooker 2021, after many delays, is scheduled to be held from December 10-20. Worth mentioning, the tournament had to change the venue from Vung Tau to Da Nang according to the closed bubble model. The 2021 National Championships in Athletics “falls off” gradually, the teams and athletes participating in the competition

Covid-19 also seriously affected the participation of Vietnamese players in World Cup and World Championship tournaments. Remember at the World Cup in Korea at the beginning of July, two players Tran Quyet Chien and Nguyen Quoc Nguyen had to stay in the land of Kimchi for 3 months because there was no flight back to Vietnam. Currently, the World Cup tournaments are still actively organized by the World Pool Federation (UMB), but all Vietnamese players are absent.

In addition, the Vietnam Tennis Federation is still struggling to find a way to organize the 2021 national championship, which was originally scheduled to start from November 20 to 30 in Bac Ninh, but has now been postponed. again.