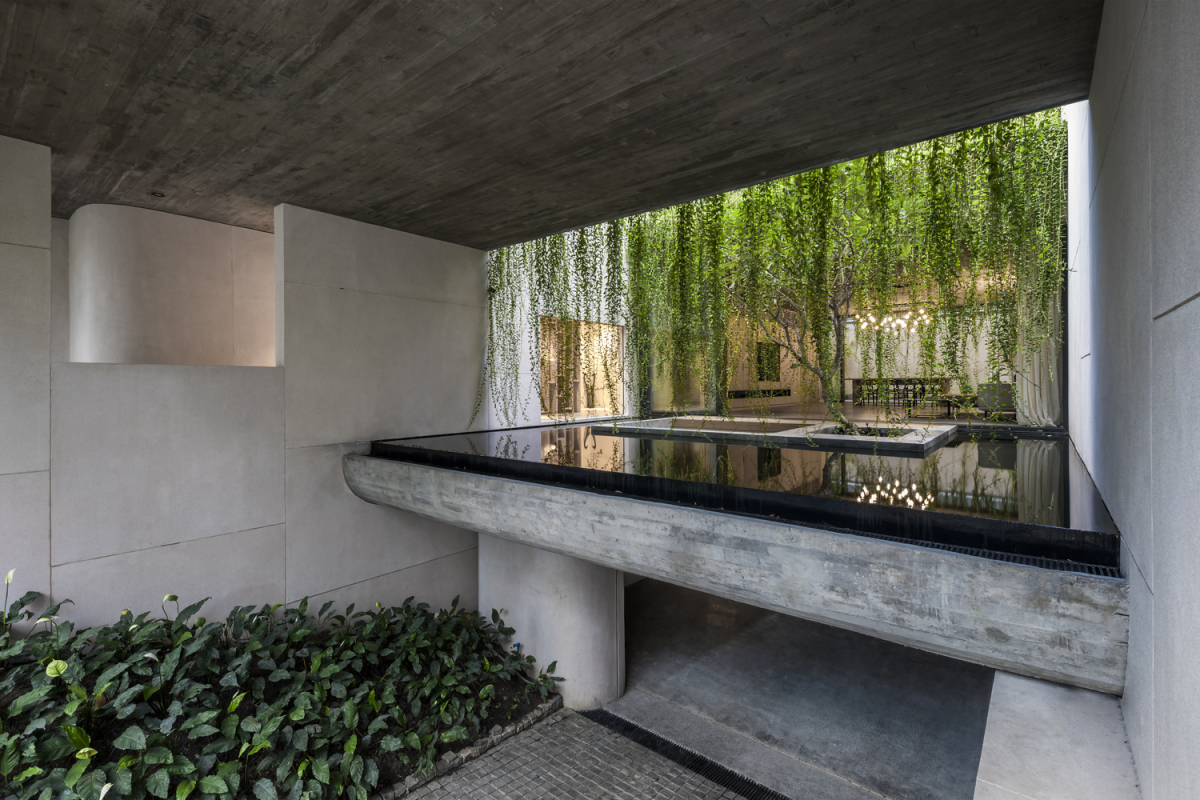 In the category of Housing Architecture – Single family, two Vietnamese projects have been named.

The project in Ho Chi Minh City called Villa Tan Dinh was designed by MIA Design Studio on a land of nearly 300 m2 in District 3. The house is like a miniature park with a lake and green trees, it took four years to complete.

Instead of just arranging a few small patches of green trees at the entrance or steps like many other townhouses, the architects wanted to create a large garden. They came up with the idea of ​​​​arranging the living spaces “across, suspended in the heart of a miniature park”, giving homeowners the feeling of walking on bridges.

All indoor activities are linked together through gaps with trees, water and natural light.

The house in Hoi An, located in Cam Thanh, is the work of lequang-architects office. Not only for four people to live, the house is also a shelter for birds, spiders and insects thanks to the green garden. It is also used as a small community center for the host, an environmental activist, to meet and socialize with neighbors.

In addition to Housing Architecture – Single family, Vietnamese works also won in many other categories.

This year, due to Covid-19 AMP did not hold the award ceremony. The winning works will be sent online certificates.

“We are proud of this design and want to share the honor with the local workers who built the house,” the office lequang-architecs said on its personal page.

With thousands of entries from 65 countries, the organizers called this year’s contest “the most competitive ever”. Entries are divided into 41 categories, scored by a jury of more than 70 experts in the fields of architecture, design and photography.