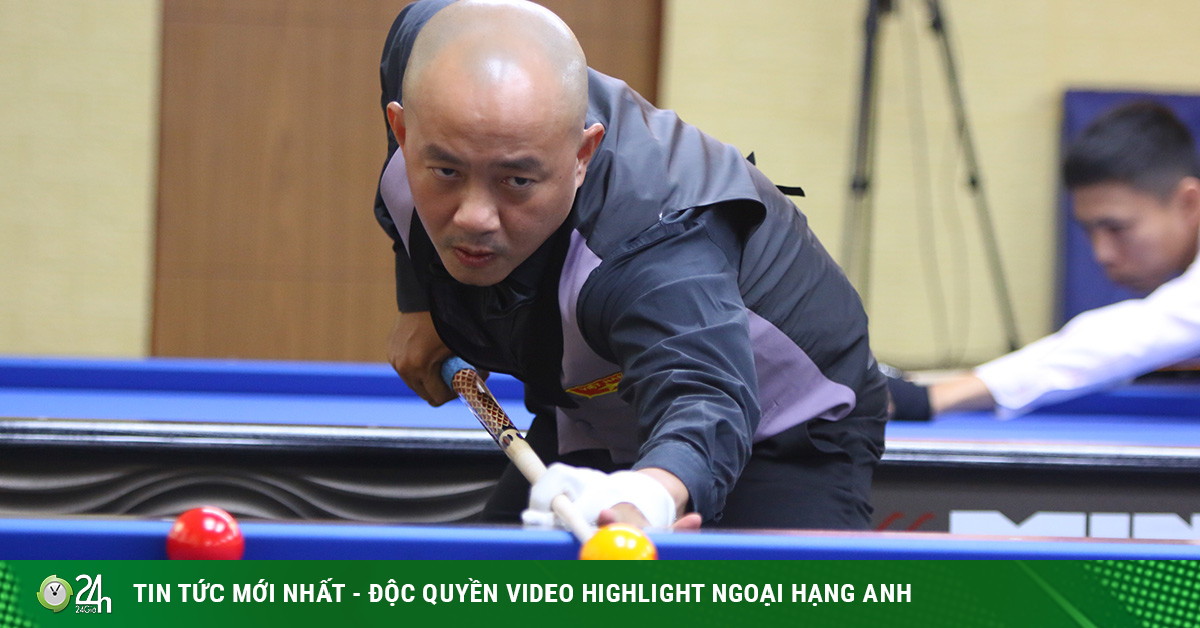 At the Carom 3 ice tournament in the district of Hoc Mon Open 2021, a group of players attended the recent ending, there was a match that shook the Vietnamese billiard community. Specifically, in the competition with Van Tai in the 32nd round match, player Do Nguyen Trung Hau made an unbelievable upstream.

Specifically, after 6 rounds of the first half, Trung Hau was led by Van Tai to 0-16. Even at the beginning of the second half, Van Tai continued to increase the gap to 18-0. Thought that Van Tai would have an easy victory with an overwhelming posture, Trung Hau suddenly awoke.

In the 7th turn, Trung Hau launched a series of 8 points to shorten the score to 8-18. The pressure from the opponent made Van Tai drip points, while Trung Hau continuously had small series to balance 24-24.

After Van Tai missed, Trung Hau hit the decisive shot to score 6 points to win the final 30-24 after 18 innings. This rare upstream display of Trung Hau made the Vietnamese billiards community “surprised” because in the past, in domestic movement tournaments, it was rare for any player to win back after being led so far. .

After this spectacular reverse victory, Trung Hau defeated a series of other competitors to win the runner-up (losing to Tran Quyet Chien in the final) and won a total prize value of 20 million VND.