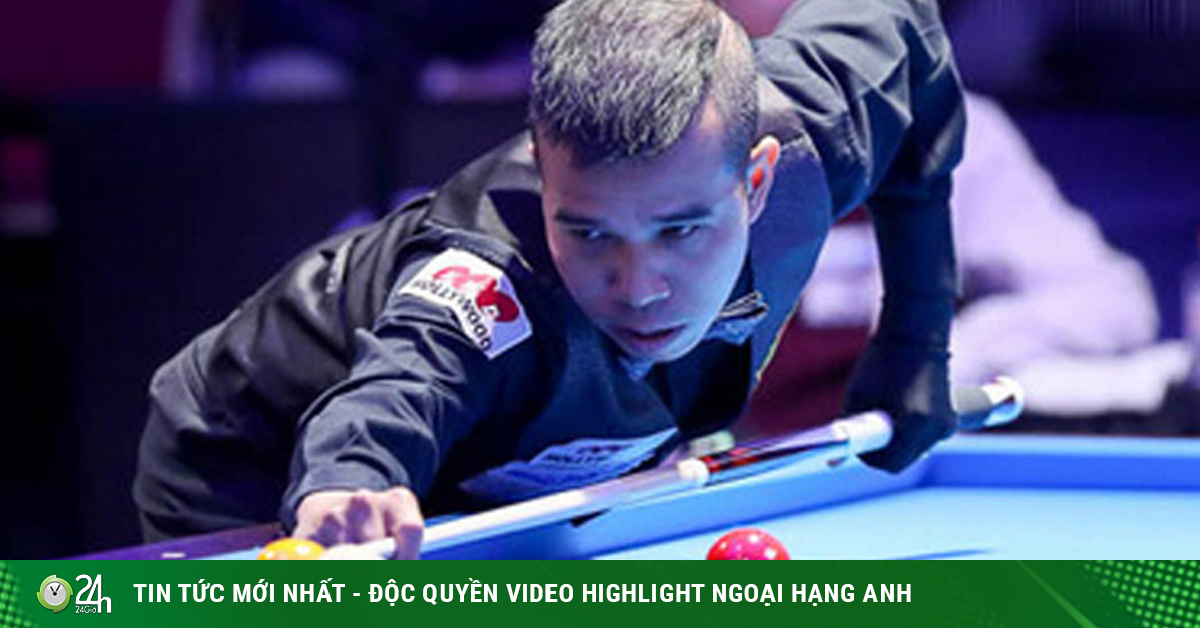 Video of the top performance of Quyet Chien before Trung Hau:

The encounter between Tran Quyet Chien and Do Nguyen Trung Hau took place in round 16 of the 3-band carom tournament “Út Nhi and his friends 2021”, which just ended last weekend in Ho Chi Minh City in the form of 3 wins, each game. hit up to 15 points.

Quyet Chien has an impressive victory over Trung Hau

Contrary to the predictions of a fiery letter between the two top Vietnamese players, this match ended quickly in the amazement of the entire audience. Quyet Chien launched an 11-point baseline to quickly win the first game with a score of 15-3 after only 3 turns.

Not only that, with 4 bankshot phases (a ice) doubling the score very beautifully, the number 1 player in Vietnam ended the second game after only 2 muscle turns with a difference of 15-4, thereby winning. final 2-0 full of flashes. The performance of Quyet Chien has made everyone admire and admire the class of “Vietnamese 3-gang carom boss”.

Unfortunately, despite its very classy performance, Quyet Chien only won third place after losing to Quoc Ho in a very good match in the semifinals. The next tournament that Quyet Chien participates in will be the 2021 national championship (round 1) taking place in Vung Tau in early April. (Sports news, billiard news) Player Tran Quyet Chien had an impressive comeback after months of not playing because of the epidemic …