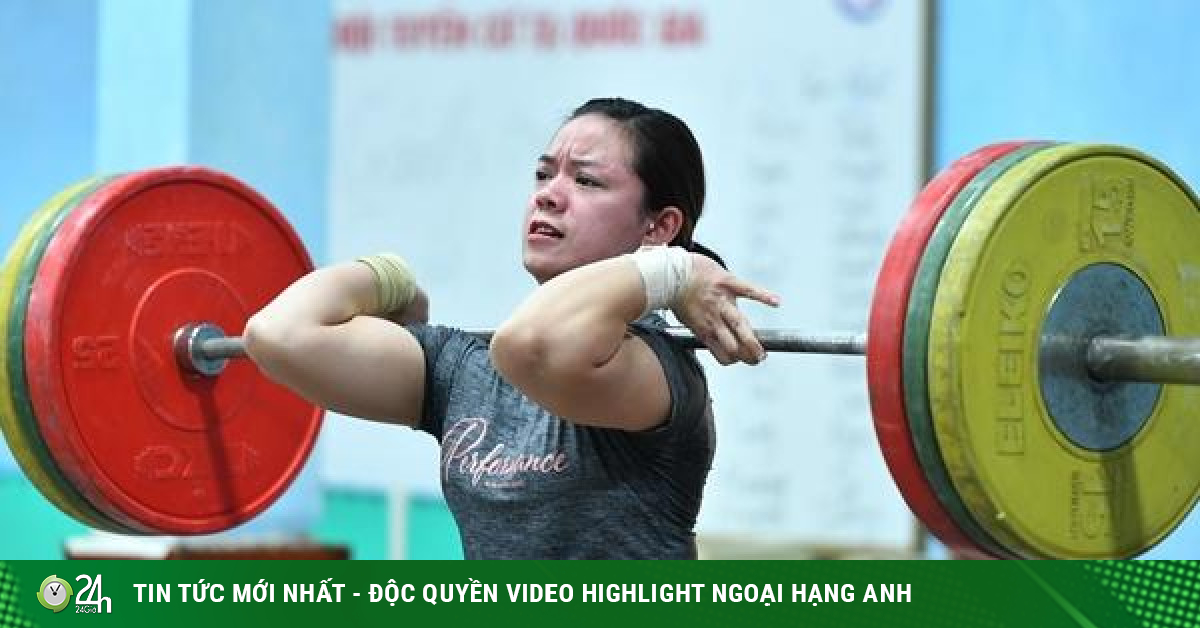 At the 30th SEA Games in the Philippines, Vietnamese weightlifting suddenly won first place in the whole team. But, to reproduce that at home will be an impossible task for Vietnamese voters, especially in the current situation.

The first 4 days of December 2019 are the most unforgettable time for Vietnamese weightlifting athletes. All 10 candidates participating in the competition had medals (4 gold medals, 5 silver medals, 1 bronze medal). That achievement helped Vietnamese weightlifters take the first place in the whole team when they had the same number of gold medals with Indonesia but surpassed them in silver (5 versus 1).

So, with the first place in the entire team at the 30th SEA Games, is Vietnamese weightlifting capable of dominating the region? The answer is no. In fact, the tournament in the Philippines three years ago was absent from Thailand, the country that regularly alternates Indonesia holds the No. 1 position in Southeast Asia’s weightlifting.

Things will definitely be different at the 31st SEA Games, when Thai weightlifting officially returns to the competition after being punished for doping. With the tradition of a powerlifting powerhouse, Thailand will bring out the best athletes. This is a way for them to assert their position and partly regain their honor after a doping scandal that has lasted for many years.

The scariest thing about Thai weightlifting is that at this point, we have almost no information about the opponent, especially the women’s weightlifting content. The last time the Thai women elected to compete in the SEA Games took place almost 10 years ago, exactly in 2013. At that time, they won 3/5 gold medals. Thai male athletes won 3/6 gold medals, helping the country to take the top spot in the group.

The fact that the host countries removed weightlifting from the SEA Games competition (2015) or only organized the men’s weight classes (in 2017) made Thai athletes a mystery at SEA Games 31. This is almost a tournament. Thailand’s first major powerlifting team after coming back, so they will use the Southeast Asian arena as a springboard for their name to be recognized soon.

The Philippines is making rapid progress

At the 30th SEA Games, in the women’s 55kg weight category, Vietnamese runner Nguyen Thi Thuy won silver with a total weight of 197kg. The winner of this content gold medal is Hidilyn Diaz of the host country Philippines when she has a total weight of 211kg, 14kg more than Thuy. Diaz’s achievement is even higher than that of the athlete who won the gold medal in the 59kg content.

By the last Tokyo Olympics, Diaz won gold with a total weight of 224kg, breaking the tournament record. To take the first place in the Olympic arena, Diaz overcame very strong opponents from China and Central Asian countries. Before that, at the Tokyo Olympics, she also won a silver medal. To a certain extent, it can be said that Diaz has far exceeded the level of an election in Southeast Asia.

But, Filipino weightlifting isn’t just about Hidilyn Diaz. At the SEA Games 3 years ago, they introduced many notable candidates such as Kristel Macrohon, Elreen Ando or Margaret Colonia. They are considered the new generation of Filipino weightlifters, able to replace Hidilyn Diaz when she is no longer in her peak form. With men’s weightlifting, the Philippines also has many strong athletes.

A remarkable detail about Filipino weightlifters is that they are winning many impressive achievements in the context of training conditions that are not really as good as they should be. During the time of social distancing because of COVID-19, Hidilyn Diaz only practiced at home with rudimentary equipment. She doesn’t have a gym or a treadmill, but only regularly exercises to lift homemade weights… 2 backpacks hanging on two bamboo rods.

“Time flies faster than anyone expected,” Diaz shared on social media ahead of the Tokyo Olympics. “We’ve always wondered when this temporary training situation will stop and if the Olympics will really go smoothly. Fortunately, I always have many good partners, and they all figure it out together. innovative training methods”.

The remarkable progress of Filipino weightlifters over the past time has helped them quickly become a counterweight to Vietnam, Thailand and Indonesia. In addition to the fact that weightlifting at the 31st SEA Games will have up to 14 competitions, this will be a golden opportunity for the Filipino voters to prove their abilities, especially in the women’s weightlifting categories.

With Diaz continuing to participate in the 31st SEA Games, the Philippine weightlifter definitely has a gold medal in the women’s 55kg event. Her teammates will compete fiercely in the remaining events, where the Philippines is always ready for a overthrow in weightlifting. The possibility that they use naturalized athletes for this power sport is still open but cannot be ruled out.

Who brought gold for Vietnamese weightlifting?

At the Tokyo Olympics, weightlifting is one of the sports that contribute the most athletes to the Vietnamese sports delegation. If Vuong Thi Huyen had not cut her Olympic participation for Thach Kim Tuan and Hoang Thi Duyen, Vietnam would have had 3 Olympic nominations. These are all experienced athletes in the international arena, but two-thirds of these will not participate in the 31st SEA Games. 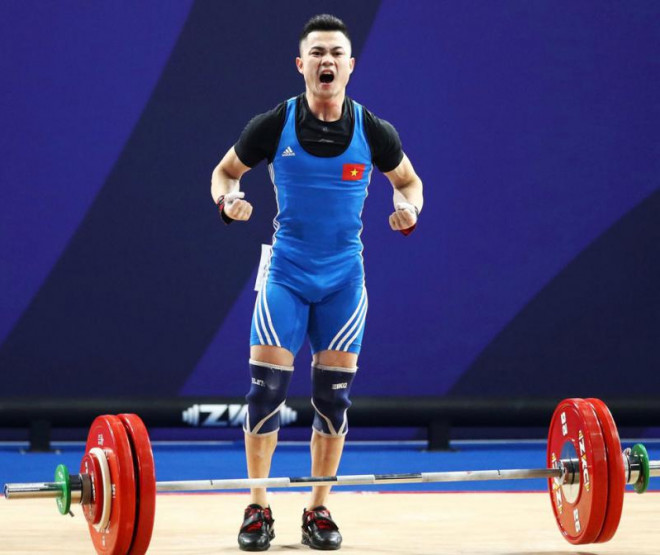 In the story of Thach Kim Tuan, it is difficult for him to win the SEA Games gold medal when he is in the same weight class with such a strong opponent. Eko Yuli Irawan is the reigning Olympic runner-up and this election proved to be superior to Thach Kim Tuan since the day the weightlifting sport adjusted to the new 61kg weight class. That’s why weightlifting decided to “save” Tuan for ASIAD and create conditions for young athletes to compete in the SEA Games.

In the case of Hoang Thi Duyen, she is still certain to attend the 31st SEA Games, but her condition is likely not to be in her best form. At the Tokyo Olympics, she ranked 5th overall with a general election record that was still lower than the parameters at SEA Games 31. This was later explained because Duyen relapsed with a knee injury and it seems that she still has not fully recovered. .

Athletes who have had good results in the 30th SEA Games such as Pham Thi Hong Thanh (HCV), Nguyen Thi Van, Dinh Xuan Hoang, Pham Tuan Anh (HCB)… all have the opportunity to compete for the championship at home. However, the probability for them to win the election from other countries is not really high.

Xuan Hoang, Tuan Anh are still quite inferior to their Indonesian opponents. Meanwhile, Hong Thanh or Nguyen Thi Van has a strength of one nine and one ten with the Philippine cities. In Hong Thanh’s case, it was a miracle that she won the gold medal at the 31st SEA Games when this athlete successfully conquered the 124kg weight in the push-pull event, a number that she had never surpassed even during training.

In that difficult situation, the city most likely to bring home the gold medal for Vietnamese weightlifting is Lai Gia Thanh. At the SEA Games 3 years ago, Gia Thanh gently finished first with a total of 264kg, far ahead of the second-placed athlete by 12kg. As long as he continues to maintain his form, successfully defending the SEA Games gold medal is a feasible goal for him. (Sports news) Nguyen Thi Anh Vien, Thach Kim Tuan or Vuong Thi Huyen regret not attending the 31st SEA Games this year at home, even though they are capable of competing for medals.