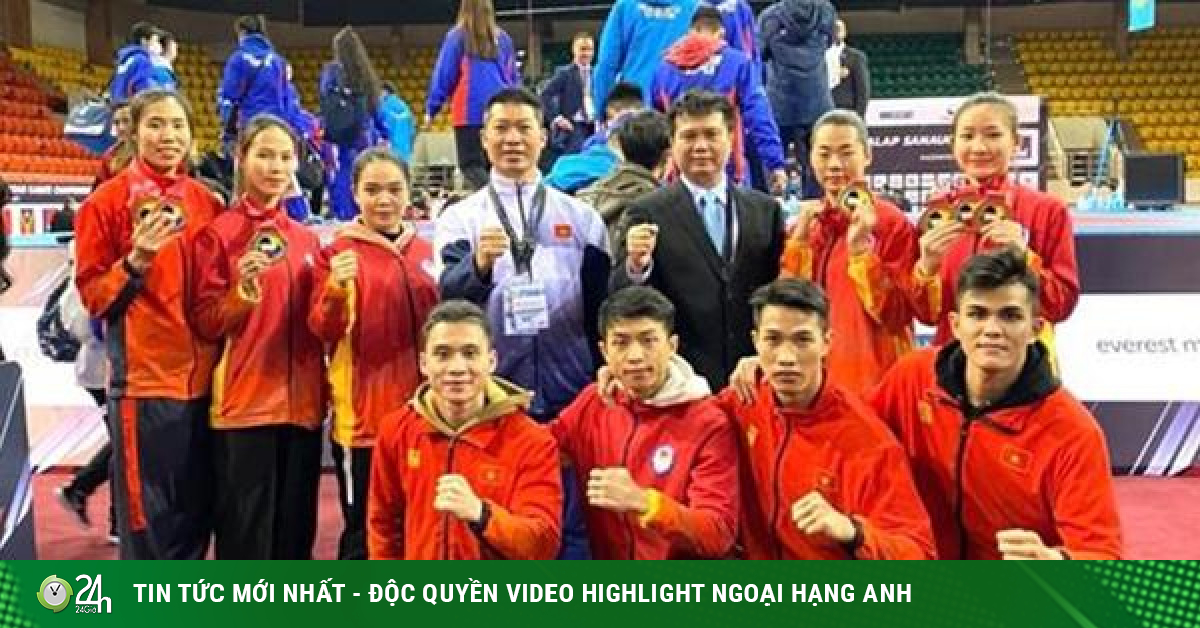 In the early days of this 2022, Vietnam Karate received good news when coach Le Tung Duong and athlete Hoang Thi My Tam were both named in the list of national typical coaches and athletes in 2021. This stems from the achievements of winning until 2022. 3 gold medals at the 2021 Asian Championships of the Vietnam Karate team.

Beyond that is a journey to overcome difficulties caused by the COVID-19 epidemic to reach new milestones. However, it still needs investment throughout so that Vietnam Karate can maintain its achievements, so that success is not temporary.

After 2 years of not participating in international competitions, right in the last comeback at the end of December at the Asian Karate Championships in Kazakhstan, the Vietnamese team made a mark with winning 3 gold medals at the age of U21. and adulthood (also known as Senior group).

Vietnam Karate team to attend the Asian Karate Championship in 2021.

It is worth noting that in all three of these gold medals, there is a mark of a boxer, Hoang Thi My Tam. The girl who used to be the Asian youth champion in 2019, the Southeast Asian champion in 2019 continued to make great progress by winning the gold medal in the 55kg weight class for the U21 age group and then being crowned the adult champion.

Coming to the women’s adult women’s match, along with teammates such as Ho Thi Thu Hien, Nguyen Thi Ngoan, Hoang Thi My Tam also contributed to the championship of the Vietnamese team.

Thus, this Ha Tinh girl became the first Vietnamese Karate athlete to win the championship in all events participating in a continental international tournament. Notably, when attending the Asian Karate Championships, Hoang Thi My Tam was still on the national youth team.

However, when realizing this boxer’s ability to develop, the national team’s training board brought her up to compete in adulthood at the Asian Championships, for the best athletes of each country. participating country.

And in some ways, the direction and way of building forces in the past time are on the right track to further affirm the strength of Vietnamese Karate in the female antagonistic content. In the ASIAD playground alone, all four gold medals of Karate Vietnam belong to female boxers (Nguyen Trong Bao Ngoc, Vu Kim Anh – ASIAD in 2002; Vu Thi Nguyet Anh – ASIAD in 2006; Le Thi Bich Phuong – ASIAD in 2006). year 2010). On the other hand, the trust in using a team of internal coaches is also bringing positive effects.

According to Mr. Vu Son Ha, Karate Vietnam has a class of qualified domestic coaches to undertake international competition tasks. They work hard to learn and always absorb new techniques, so they can meet the training requirements in the context of the ever-changing world of Karate competition techniques.

Meanwhile, the head coach of the Vietnam Karate team Le Tung Duong also said that it is a special milestone since taking charge of the national team, especially in the context that the team has not competed internationally during this time. 2 years.

In fact, Vietnam Karate has always had generations of athletes, especially in the content of fighting and performing women’s rights, completely able to meet the task in the playgrounds of the continent and partly the world.

The problem here is that as long as the athletes are able to compete continuously, they will always meet the requirements. The most obvious is the case of boxer Nguyen Thi Ngoan who has been continuously invested in international competitions to keep her position on the ranking of the top 10 boxers in the world in her weight class, thereby being able to win tickets directly to the competition. attend the Tokyo Olympics 2020.

Unfortunately, Nguyen Thi Ngoan had to stop practicing due to force majeure, so the above plan did not come true. At that time, there was not enough time for managers and coaches to turn around, so they had to accept that they did not have tickets to the Tokyo Olympics 2020.

However, the case of Nguyen Thi Ngoan is also a clear example of how it is possible to always guarantee the mission on the continental and global playground if there is drastic and thorough investment. And that can only be solved by competing continuously in tournaments in the world Karate competition system. And overcoming difficulties like in the past 2 years when only training and internal competition will be difficult to create a sustainable foundation.

It was a force majeure and a solution to the situation even though the solution was really as flexible as possible. The most obvious of which is the organization of internal competitions as well as the way to organize national tournaments, with prizes to motivate and encourage athletes to exert themselves to compete.

In the long run, only when athletes can compete and train internationally can they create sustainable success. The problem is only in the calculation of the cost of international competitions and training for key athletes of the General Department of Sports and Sports as well as the ability to contribute to the athletes’ governing body to what extent.

Because obviously, with the cost of international competition of Karate subject (General Department of Sports) can only guarantee the minimum requirement for the number of international tournaments for 1-2 key athletes.

Not to mention, when the COVID-19 epidemic situation has been controlled and many countries have taken many measures to adapt to the epidemic, it is unlikely that international tournaments will be postponed or canceled like in 2020.

Therefore, somehow, athletes must be given maximum conditions to participate and, of course, must ensure maximum safety for themselves as well as be concerned about COVID-19 vaccination. Otherwise, the risk of falling behind in qualifications is real, especially when in 2022, Vietnam Karate has 2 important playgrounds, ASIAD 19 in China and SEA Games 31 in Vietnam. 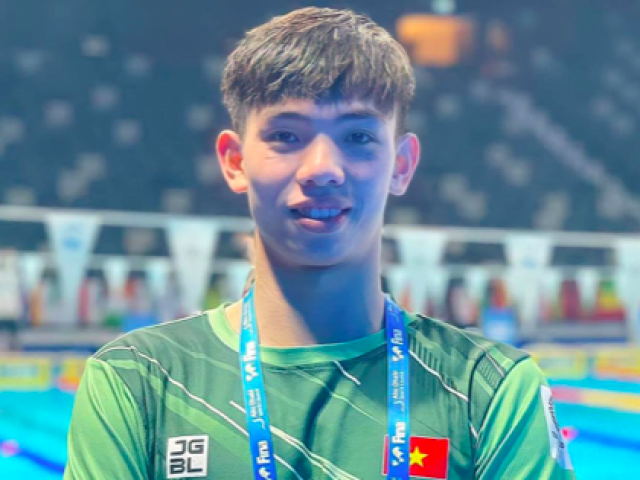