Daniil Medvedev can be considered as the best match of Stefanos Tsitsipas thanks to his outstanding head-to-head record (won 6, lost 1). However, when meeting in the quarterfinals of Roland Garros 2021, Tsitsipas showed a completely different face. Set 1, the Greek player won an important break point in game 4 to win 6-3. 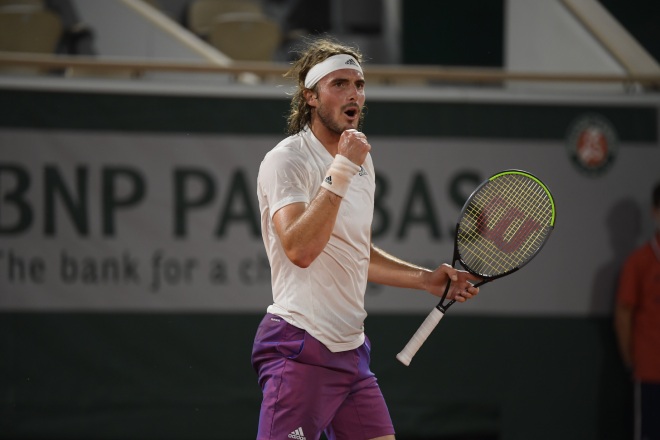 Set 2 was a bit more intense. The two players struggled fiercely and won 1 break point each. The exciting climax appeared in game 10, the moment when Tsitsipas excellently saved 2 set points before forcing the opponent to enter the tie-break series. With excitement, the Greek player won 2 mini-breaks and won 7-3.

Set 3, Medvedev played hard, even winning the break point first in game 5. However, the effort of the 2nd seed was too little compared to what Tsitsipas could do.

The Greek player won 2 important break points in games 8 and 12, and saved 4 break points to win 7-5. The match ended with a score of 3-0 in favor of Tsitsipas (score of sets: 6-3, 7-6, 7-5). Moving on to the semi-finals, Tsitsipas will face sixth seed Alexander Zverev. (Zverev tennis video – Fokina, Roland Garros quarterfinals) The first owner of a ticket to the semi-finals of Roland Garros has been determined…