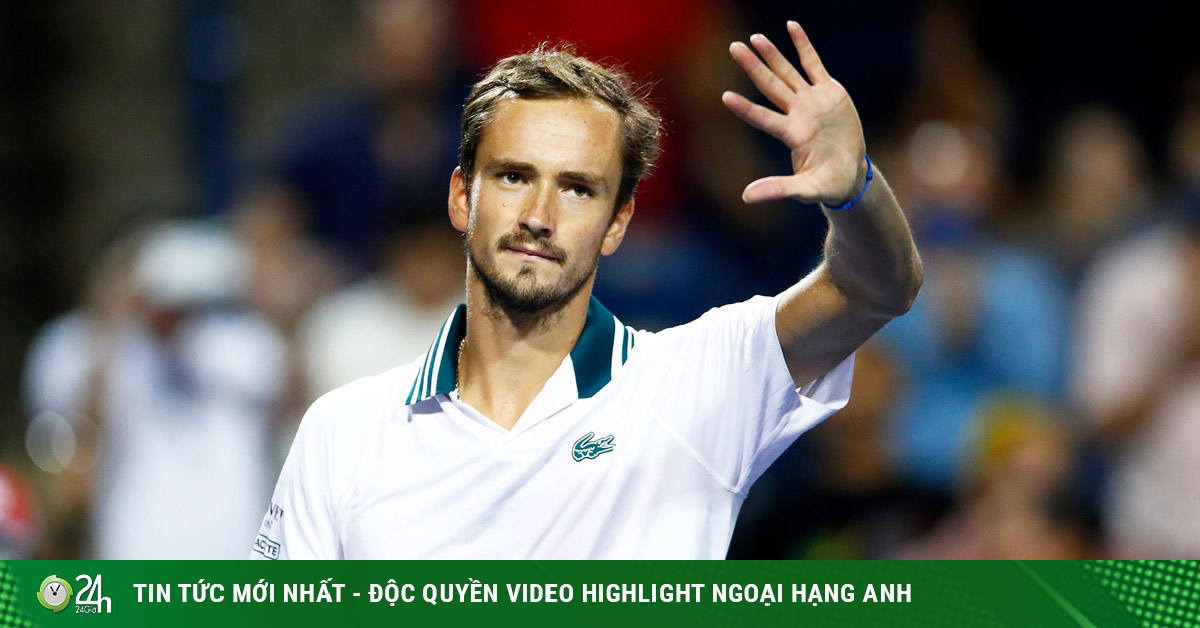 The last time the Rogers Cup was held was in 2019 and at that time, Medvedev reached the final but lost to Nadal after only 2 sets. For the second time in a row in the final match, the Russian tennis player did not let that happen when his opponent was only “dark horse” Opelka. Medvedev won the Rogers Cup for the first time

In the first set, the two players started smoothly when both successfully defended their serve in the first 4 games. The turning point came in the fifth game when Medvedev broke to lead 3-2. Opelka tried to reclaim the break but failed and accepted to lose 4-6.

Entering the second set, the advantage came to Medvedev even earlier when he broke in the third game. The Russian player played stably in serve games, before winning another break in the 9th game to finish. ended with a 6-3 win.

In the end, Medvedev overcame the opponent after only 1 hour 27 minutes to win the Rogers Cup for the first time. This is the 4th Masters 1000 championship in the Russian tennis player’s career and also his 3rd title in 2021 after winning twice at Marseille and Mallorca.

(Sports News, Tennis News) Roger Federer excited fans when he posted a video clip of him showing off his remarkable talent next to…