Possessing an inferior head-to-head record compared to Novak Djokovic (won 2, lost 5), but Stefanos Tsitsipas completely “makeover” in the 9th encounter in the final of Roland Garros 2021. Opening set, the player Greece struggled fiercely with the opponent during the first 10 games. 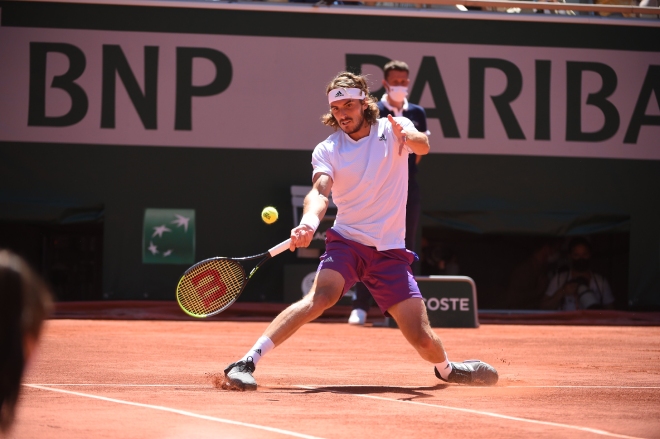 Tsitsipas competed like “in the field” in the first 2 sets

Game 11, Djokovic won the hinge break point to take a 6-5 lead. Thinking that victory would be in Nole’s hands, at this moment, Tsitsipas rose strongly.

He quickly reclaimed the break to drag the set into a tie-break. In this series of “gunfights”, Djokovic had 3 mini-breaks, but Tsitsipas did even better with 4 mini-breaks to win 8-6 and close the first set after 1 hour and 10 minutes.

Continuing the sublimation momentum, entering the second set, the Greek player won the break point right at Djokovic’s first serve game. His powerful handling made Nole confused and repeatedly made mistakes. As a result, Tsitsipas won another break point in game 7 before winning the game holding the decisive serve. The set ended with a score of 6-2.

At this point, Djokovic started to “heat up”. After changing the white shirt to the red shirt, the Serbian tennis player also “changed his luck”. Set 3, he won the hinge break point in game 4 and maintained the advantage until the end of the set to win 6-3.

Set 4, things were even easier for Djokovic when the Serbian player won the first 4 games in a row (2 break points). Despite his best efforts, Tsitsipas only equalized 3 games before hanging up the racket with a score of 2-6.

The more Djokovic hit the better, and Tsitsipas constantly made mistakes in the decisive moments. Set 5, the Greek player helplessly watched his opponent win the break point in game 3 and could not save the situation. The set ended with a score of 6-4 in favor of Djokovic. 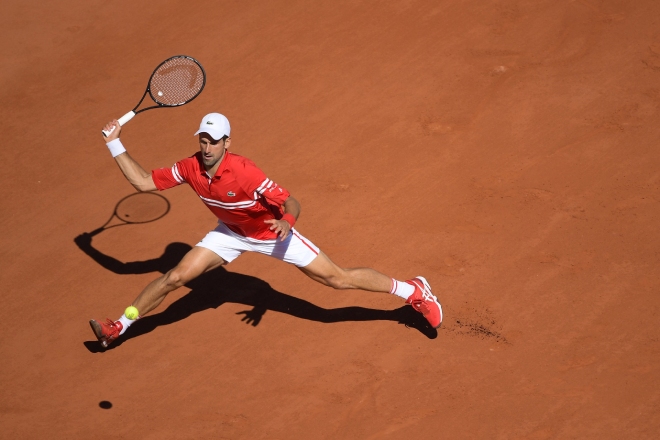