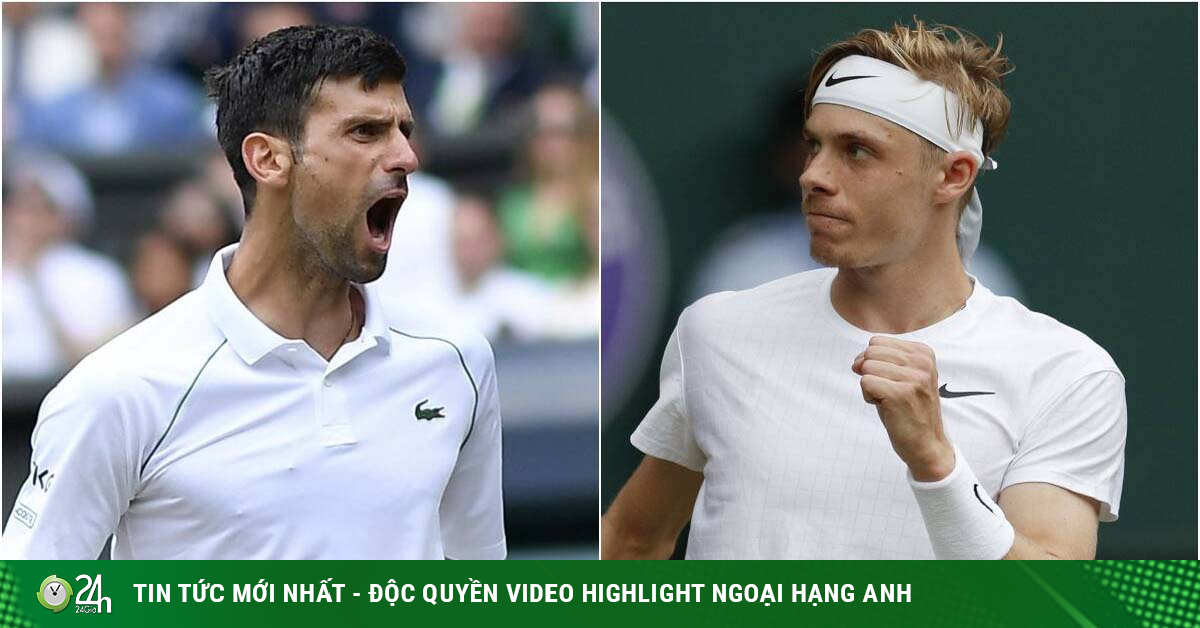 Novak Djokovic’s journey to the semi-finals of Wimbledon 2021 is quite flat. Therefore, experts are waiting for 12th-ranked player Denis Shapovalov to be able to create surprises for the world No. 1 player. That really came in game 3 of the first set, when the 22-year-old Canadian suddenly won a break point and went straight to victory. But in the 10 hinge game, Denis Shapovalov proved immature and lost the opportunity. The two players put each other into a tie-break in the first set and there, “Nole” showed great bravery when winning 7-3. In a difficult situation, Shapovalov had very commendable reactions. In the second set, the Canadian tennis player had up to 5 chances to win the break point, unfortunately, it was never successful.

Just waiting for that, Novak Djokovic immediately broke game 11, and decided set 2 in game 12. The 7-5 victory in set 2 of “Nole” was restored in set 3, with an identical scenario to set 2. During the match, Shapovalov had a total of 11 chances to win the break point, but he only took advantage of it once. Wasted many opportunities, the young player’s journey stopped.

After 2 hours 47 minutes, Novak Djokovic officially enrolled in the Wimbledon 2021 final and was on the verge of winning the 20th Grand Slam title in his career. The Serbian tennis player defeated Denis Shapovalov with a score of 3-0, specifically in sets of 7-6 (7-3), 7-5 and 7-5. “Nole”‘s opponent in the final was Matteo Berrettini, who beat Hubert Hurkacz in the first semi-final with a score of 3-1. (Sports news, tennis news) In the series of quarter-finals, Djokovic still shows his inherent strength and signs of age have…