Participating in the final of the Belgrade Open and meeting the “king” of the tennis village Novak Djokovic is a feat beyond the imagination of Alex Molcan. With the spirit of excitement, the 255 ATP player made Nole experience moments of surprise. 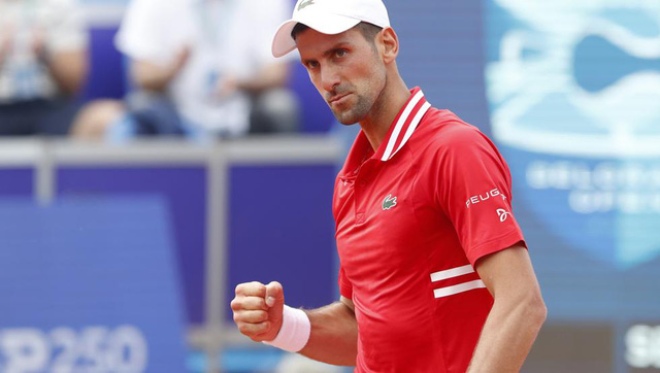 Set 1, the two players struggled fiercely to win a total of 7 break points (Molcan 3, Djokovic 4). To be fair, Nole did not play very well, he made many mistakes but luckily, Molcan could not take advantage of the opportunity to get ahead. As a result, in game 10, Djokovic won the decisive break point to win 6-4.

Set 2, Molcan could no longer maintain his excitement. What the Slovak player did was just break point in game 7. Meanwhile, Djokovic won 3 more break points and closed this set with a 6-3 victory.

Winning 2-0 in the end (set score: 6-4, 6-3), Djokovic won the Belgrade Open. This is the perfect run for Nole ahead of Roland Garros.