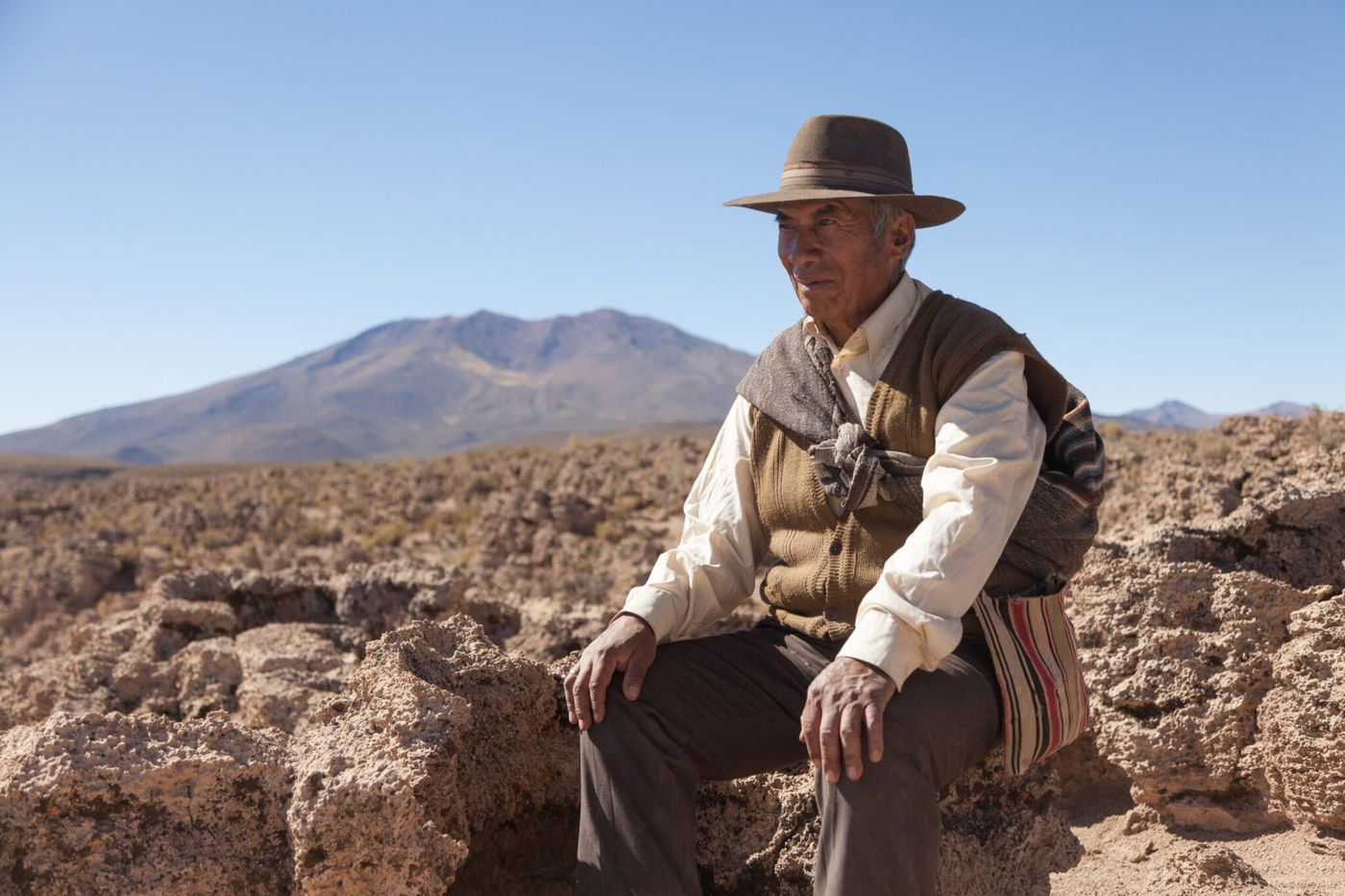 It is first and foremost the landscape that is at the center of this first film by director Alejandro Loayza Grisi. That of the Bolivian Altiplano and its vast desert expanses where a few meager herds of llamas graze. The sun, from sunrise to sunset, imposes its ardent presence there, sublimating the beauty of the place while tinting it with a disturbing sensation of the end of the world.

Men may scan the sky, engage in ancestral rituals to invoke the forces of nature, not a drop of rain appears on the horizon, threatening the very survival of the small village community that still lives there and seems to have no choice but to leave.

The minerality of the place responds to that of Virginio and Sisa. A couple of elderly breeders, with beautiful weathered faces, frozen in a daily life that we guess immutable. He gets up at dawn to take his herd to graze ever further; she spends her days looking for water, which is increasingly scarce. Frugal in words, hard at work, they seem bound by a life of hard work and a great reciprocal tenderness.

The arrival of their grandson, Clever, who tries to convince them to come and settle in town, will turn their lives upside down. Virginio stubbornly refuses him, even if it means concealing the disease that is eating away at him. “When the condor feels that it has become useless, it goes to the top of the mountain, folds its wings and its legs, and abandons itself to the void. wisely professes the old man.

Chronicle of the end of a world threatened by climate change and modernity, utama, grand prize in the international competition at the Sundance Film Festival, seduced by the stunning beauty of his images and the symbolic force of his words. The director opposes the power of the landscapes, filmed in cinemascope, to the tiny lives of this couple of peasants punctuated by the cycle of nature and the seasons, and shares with us his dismay when it is about to be interrupted. .

The quasi-documentary realism of the film – the actors are real peasants who speak Quechua – with its rituals and ancestral traditions cohabit harmoniously with a fictional framework which, for being predictable, is nonetheless overwhelming. The filmmaker takes us with great modesty into the intimacy of this family where, despite the generational conflict between grandfather and grandson, love is expressed in silence and can be guessed by a few furtive signs or gestures.

Behind the silence and the impassive face of Virginio, the distress of this man who fights to the end against fate and refuses “to leave the earth in silence” sounds like a warning about the legacy humanity is losing by cutting itself off from nature.