(Sports News, Tennis News) Novak Djokovic will not be able to attend the US Open 2022, Rafael Nadal will of course be the most appreciated by experts.

Novak Djokovic will not be able to attend the US Open 2022, Rafael Nadal will of course be the most appreciated by experts. The Spaniard is aiming for the 23rd Grand Slam goal of his career. And before starting the match against Rinky Hijikata, Nadal had a warm dinner with family and relatives. Video of Rafael Nadal’s last match against Borna Coric in the second round of Cincinnati Masters 2022 on August 18:

Rafael Nadal is opening the door to his 5th US Open title and setting a record of 23 Grand Slam men’s singles when at this year’s US Open, Novak Djokovic was not able to attend. Before that, Roger Federer and Alexander Zverev also had to withdraw due to injury problems. 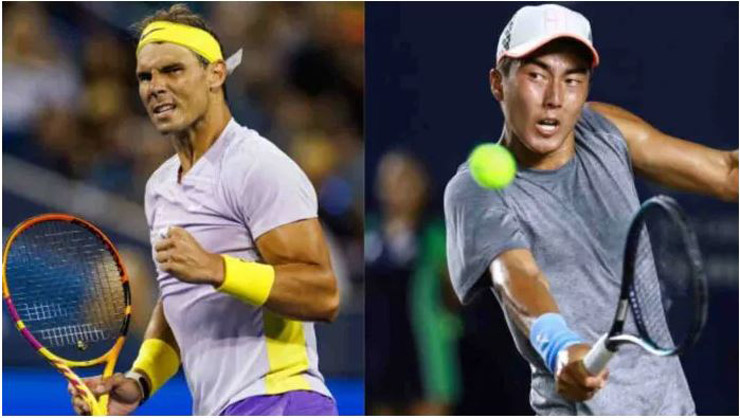 Good news came to the No. 2 seed Nadal when he was considered to be in the “easier” bracket than the No. 1 seed and defending US Open champion Daniil Medvedev.

The early elimination of the 4th seed Stefanos Tsitsipas or the former US Open 2020 king Dominic Thiem also helps “Gaur” eliminate his competitors for the throne at Flushing Meadows this year.

Opening at the US Open 2022, Nadal will face Rinky Hijikata, a 21-year-old Australian-Japanese tennis player this year who is ranked 198 in the world.

Confronting this immature junior, the experience of a 4-time US Open champion will be an important key to helping Rafa aim for “speed of victory”.

If he can do that in three sets, Nadal will save a lot of energy going into the second round, where he can face the winner of the match of Fabio Fognini and Aslan Karatsev.

Although Nadal has just lost to Borna Coric 6-7 (9), 6-4, 3-6 in the second round of Cincinnati Masters on August 18, it may just be an “accident” and “Gaur” is likely to have it. smooth opening match of this year’s US Open in his first encounter with Rinky Hijikata.

Carlos Alcaraz is the ATP Next Gen player with the strongest advancement in the 2022 season. The 19-year-old Spanish young talent nicknamed “New Nadal” has excellently won 2 ATP Masters 1000 titles in the year. Now in Miami and Madrid on both hard courts and clay courts.

Now, Alcaraz confidently hunts for glory at Grand Slam tournaments. At the opening match at the upcoming US Open, he will face Sebastian Baez in the first round.

It will be the reunion of these two players after they first faced each other in the men’s singles semi-final at last year’s Next Gen ATP Finals in Milan (Italy), where Alcaraz beat Baez in three sets with a score of 4-2. , 4-1, 4-2 before continuing to beat Sebastian Korda with a 3-0 result in the final to win the title.

If played properly, Alcaraz may not have much difficulty repeating the victory over Baez when they rematch in the US Open.

Also on the second day of competition, the last Grand Slam tournament of the year also has some notable matches. In the men’s singles event, at 10pm on August 30 (Vietnam time), 7th seed Cameron Norrie will face sassy French player Benoit Paire on court number 11.

At about 23:15 on the same day, Laslo Djere will meet the 9th seed Andrey Rublev on the 15th court. It is expected that at 1:15 am on the 31st of August, the 8th seed Hubert Hurkacz will meet Oscar Otte on the 5th court.

In the women’s singles US Open 2022, at 10 pm on August 30, the number 1 seed Iga Swiatek faced Jasmine Paolini at Louis Armstrong field. At the same time, Catherine Harrison will play the sixth seed Aryna Sabalenka on the 10th court. At around 1:15 am on the morning of August 31, the fourth seed Paula Badosa will compete against Lesia Tsurenko on the 17th court. 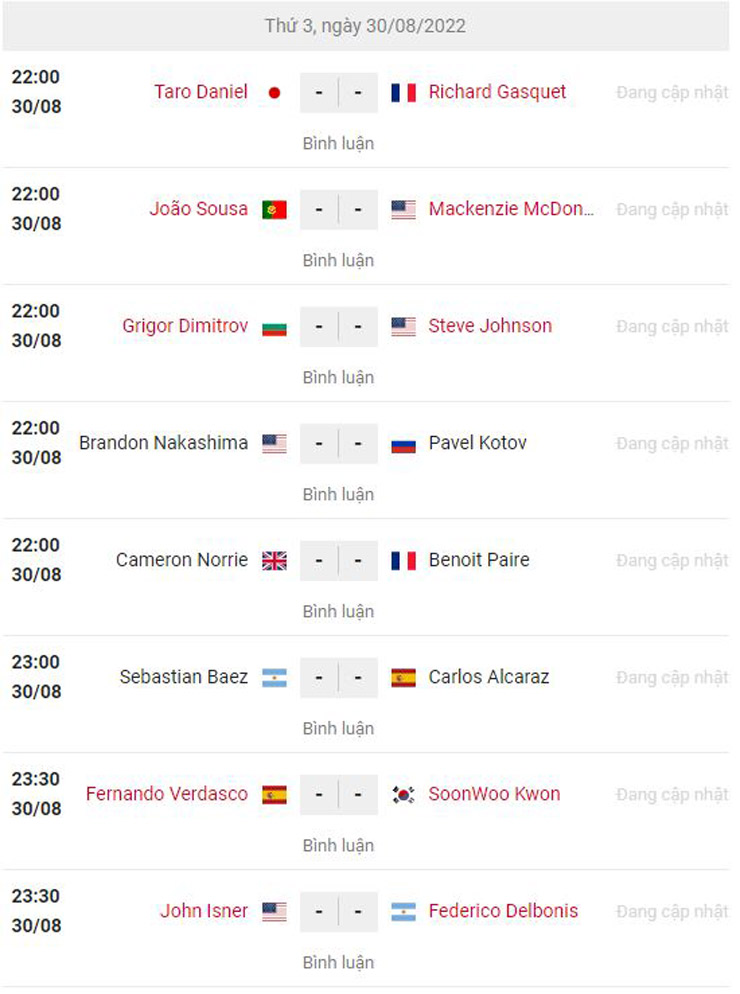 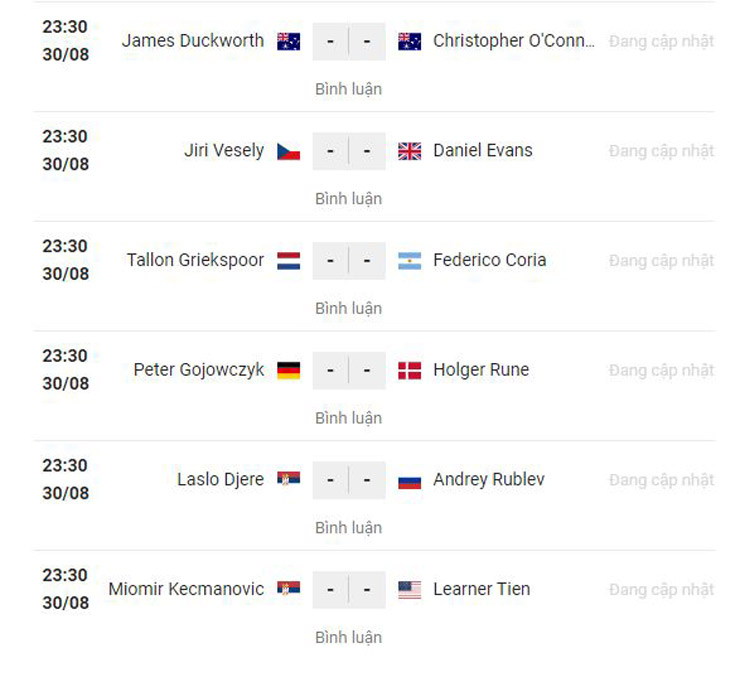 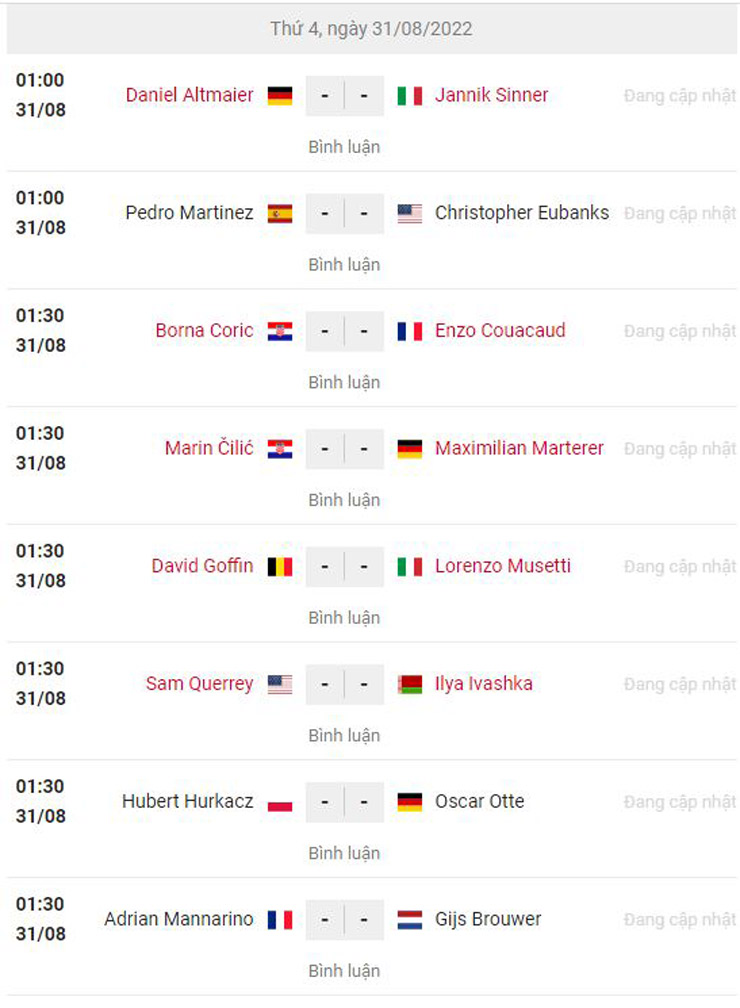 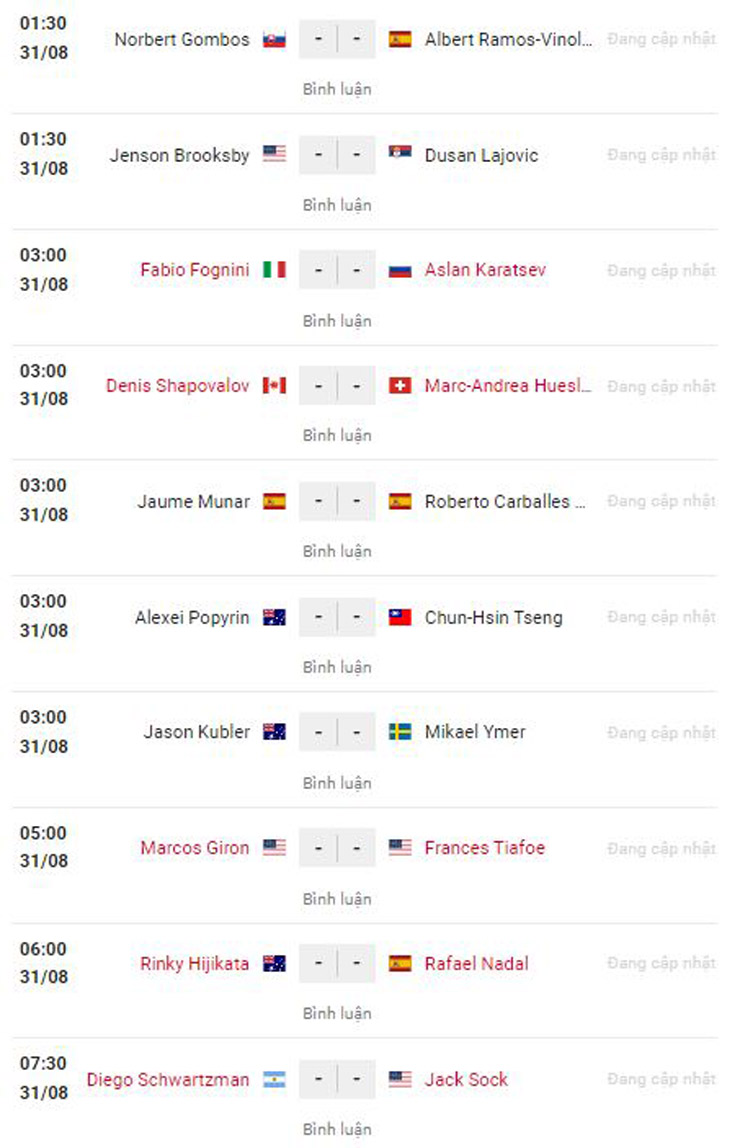 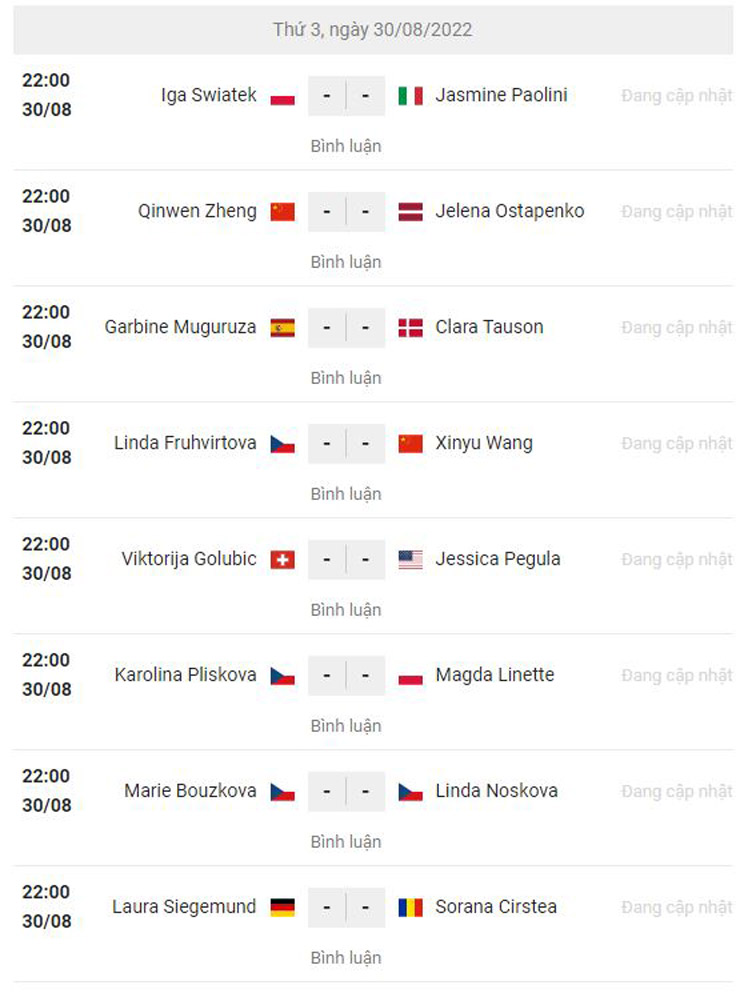 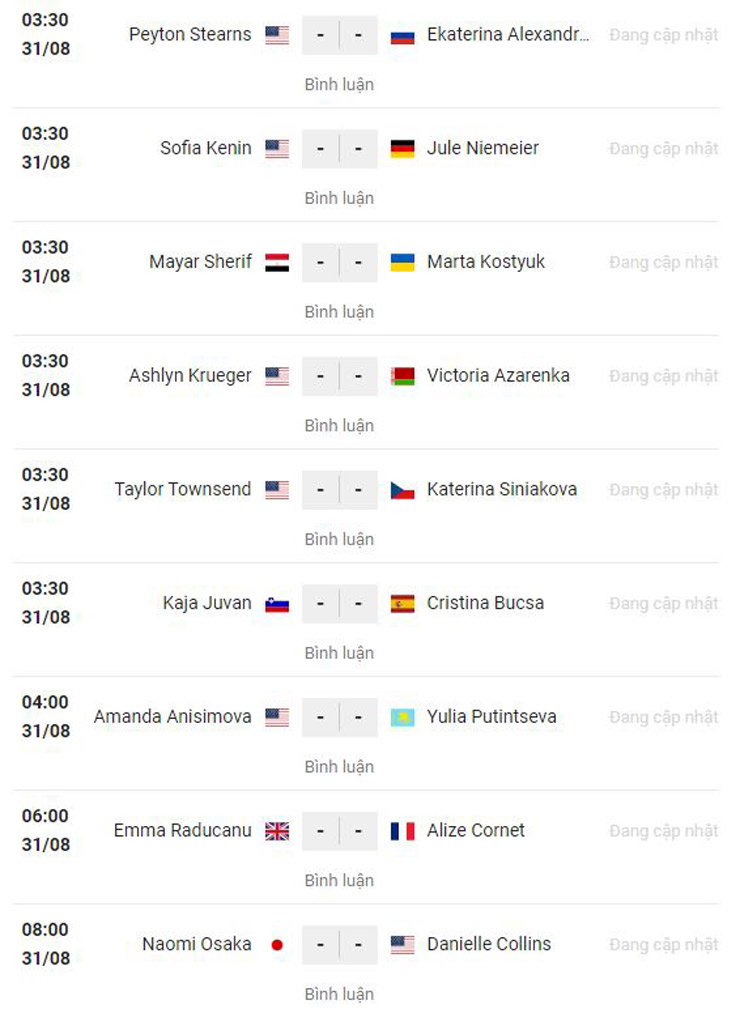 (Round 1 US Open) Stefanos Tsitsipas experienced “nightmare” moments against an opponent 90 places below the ATP rankings.