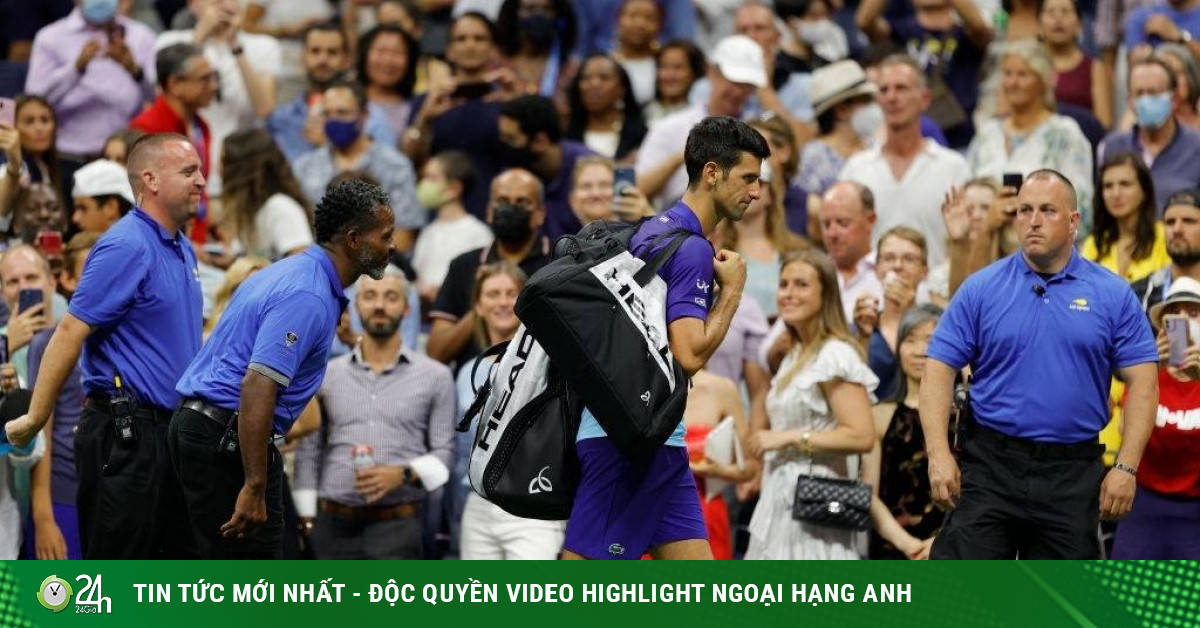 (Sports News – Tennis News) Champion candidate Djokovic complains that the atmosphere from the US Open 2021 stands is… not ideal.

In the first round match against an opponent below Holger Rune (Denmark), Djokovic hopes to receive support from the stands in his bid to win the US Open championship. Thereby completing four Grand Slams in the year, but in return, the Serbian player only received boos directed at him.

Djokovic was lost when he was not welcome on the US Open Grand Slam. PHOTO: GETTY

Along with that, the American audience continuously chanted the name “Rune”, applauding the bravery of the young Danish talent as he continued the match despite facing an ironic situation… cramps.

After the end of a 3-1 victory with the score of the sets 6-1; 6-7 (5); 6-2; 6-1 into the second round, Djokovic did not show the traditional way of celebrating – sharing hearts on all four sides of the Arthur Ashe yard. While his rival, Holger Rune received much praise from the American audience. PHOTO: GETTY

At the following press conference, the world No. 1 player lamented: “I don’t know what they say but in a dishonest way. I think they are booing. It’s not an ideal atmosphere for me… But I’ve faced it many times and I know how to handle it.

It’s the biggest stadium. Definitely the most vibrant and exciting stadium we have in tennis. Obviously you always want the crowd to support you, but that doesn’t always happen.”

During his career, Djokovic won the US Open three times. It was also Nole’s first game at Flushing Meadows, after he was disqualified last season for accidentally hitting a female umpire.

With his fourth US Open title, Djokovic will officially surpass two great rivals Roger Federer and Rafa Nadal in the number of Grand Slam titles. Currently, the “Big Three” players are all pocketing 20 titles.

“There are things you can always rely on,” Djokovic added. Turn to yourself when you have a bad feeling on or off the field. When the negative energy is too much, I immediately develop a mental mechanism to help myself deal with it.

I have a formula that’s been in place for years, and it worked for me and helped me get where I am. But at some point, it’s not guaranteed to work well.”