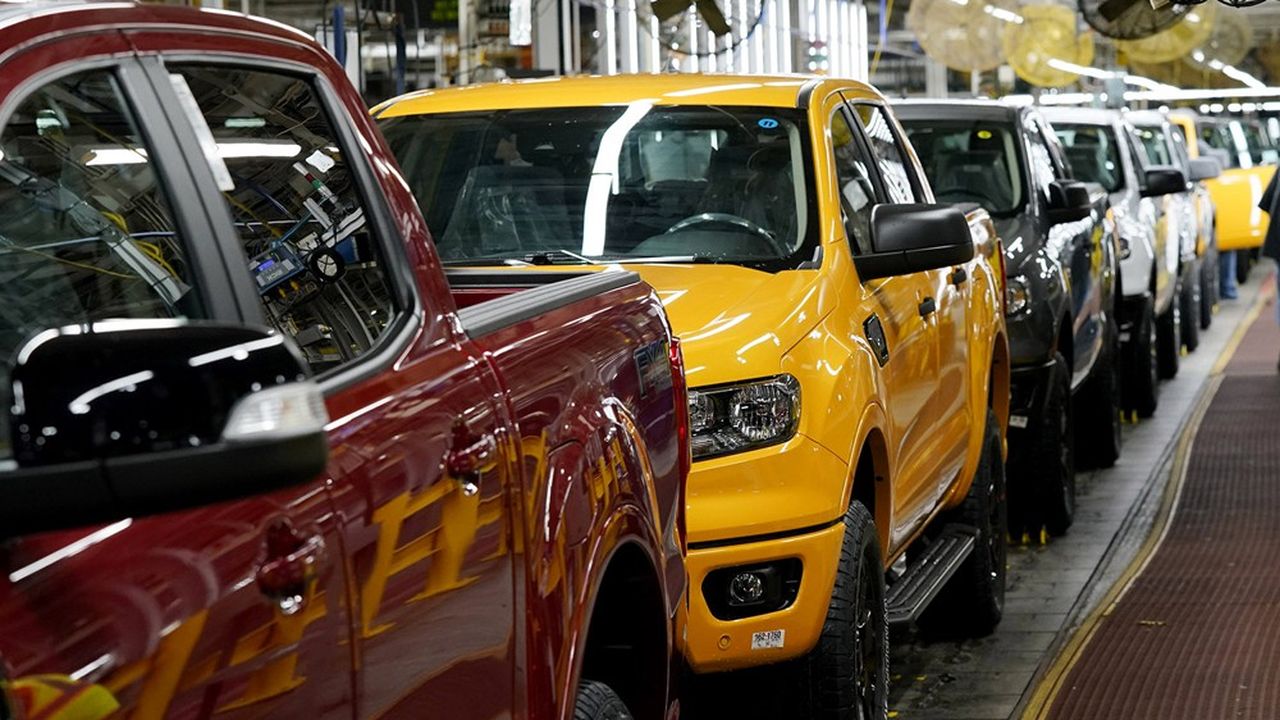 In the spring, the United States crossed the symbolic milestone of 100,000 electric cars sold during the quarter. But it will still be necessary to accelerate very strongly to achieve the objective assigned Thursday by Joe Biden by decree: the American president wants that one in two new cars sold in 2030 is “zero emissions” – rechargeable hybrid, battery electric or hydrogen ( Fuel cell). More ambitious, the European Commission proposes a target of 100% new pure electric vehicles by 2035.

In the second quarter, 8.5% of new cars sold in the United States were “electrified” (electric, hybrid or plug-in hybrid), according to Cox Automotive. Some 376,000 copies sold out of 4.4 million new vehicles sold in the spring. The new home market should reach 16.5 million units this year, to which would be added 39.3 million second-hand sales, according to the research company.

The objective of the White House, which is not binding, corresponds more or less to the ambitions of the “Big Three”: GM, Ford and Stellantis (PSA and Fiat-Chrysler) have announced to aim between 40% and 50% of clean cars (electric or plug-in hybrids) in 2030. Tesla still holds two-thirds of the electric market share in the United States, and Toyota sold nearly 150,000 copies of hybrids and plug-in hybrids in the second quarter.

The White House announcement comes in the midst of a political standoff. While the Big Three are calling for public support to develop the clean vehicle, Republicans debating the infrastructure plan in Congress have already called for downsizing on investments for charging stations – Joe Biden proposed to fund 500,000 .

In an attempt to rally to his cause, the American president is emphasizing employment – the announcement was supported by the powerful union in the sector, UAW – and the sovereignty issues, it is a question of “overtaking China “And” to face the climate crisis “.

If environmental associations regret that the objectives are not binding, American households are starting to see concretely what their next car could look like. Ford, for example, presented in the spring the electric version of the F-150, the best-selling model and pick-up in the United States.

To achieve the overall goal of reducing US greenhouse gas emissions by 50% to 52% by 2030 (compared to 2005), the Biden administration also wants to tighten up regulations on fuel consumption. Current emissions regulations require manufacturers to improve the fuel efficiency of their models – the distance traveled with one unit of fuel – by 1.5% per year between the years 2021 and 2026. L The Obama administration had demanded a 5% improvement in energy performance, but Donald Trump had revised these requirements downwards.