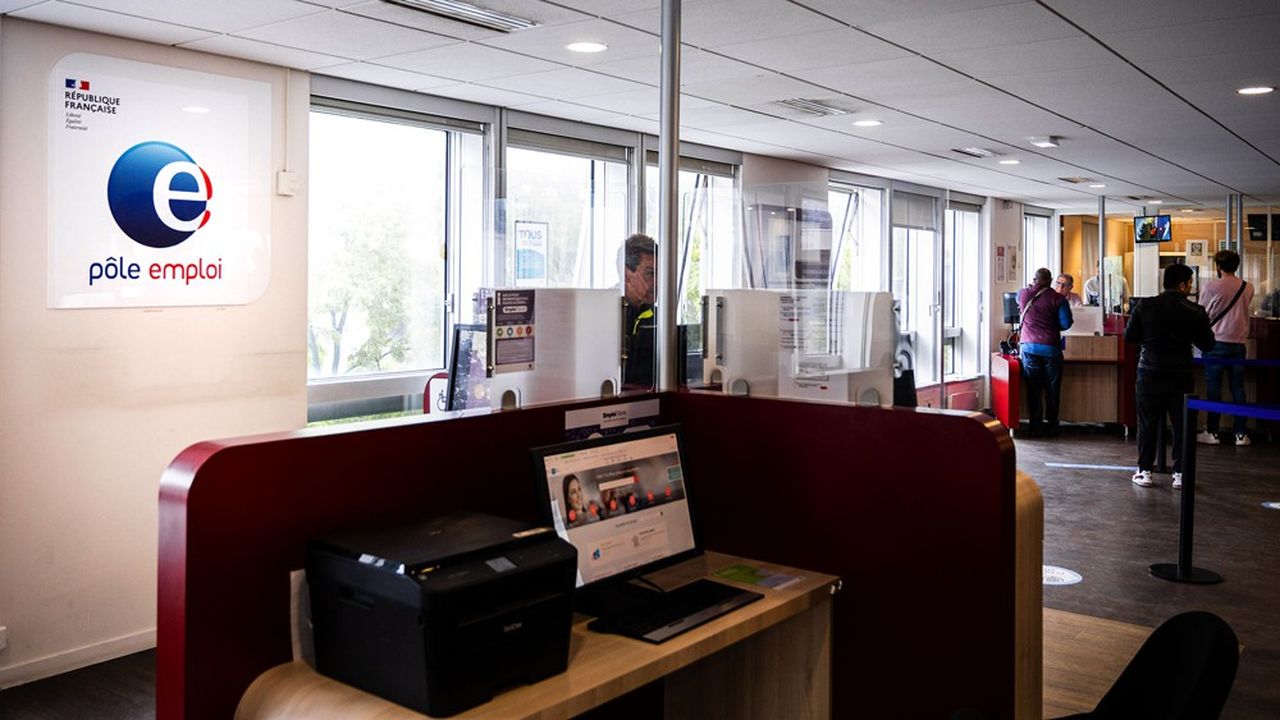 The drop in unemployment suspended? After the unemployment rate in the second quarter, which remained stable at 7.4% of the active population, this is what the statistics from the Ministry of Labor published on Thursday seem to show.

The number of unemployed jobseekers registered with Pôle Emploi (category A) increased by 19,500 in July to reach 3.18 million. After the sharp declines in 2021 in the workforce of this category, the most scrutinized, the evolutions have been much less marked since March, and especially in sawtooth.

At this stage, it is still too early to call into question the progress made over one year with nearly 420,000 less registrants, especially since these monthly statistics must be handled with caution due to their administrative nature. By adding registrants who worked less or more than 78 hours in the month (category B and C), the number of registrants required to perform job search activities increased by nearly 15,000 (-463,400 over one year ).

The July figures do not show any major changes in the reasons for entering or leaving the Pôle emploi files. On the other hand, the fall in the number of long-term unemployed is confirmed. At 2.38 million, the number of registrants over one year old represents 46.2% of the total, returning to its level of April 2018, if we put aside 2020, a year marked by insignificant upheavals.

Fully committed to its objective of full employment by 2027, that is to say to reduce the unemployment rate to around 5% against 7.4% currently, the government wants to go a step further in the reform 2019 Unemployment Insurance (came into effect last year due to Covid). The idea is to make compensation rules stick to economic conditions. A consultation with the social partners will be launched at the start of the school year.

Another lever envisaged: the “France travail” project to reorganize all the organizations that help the unemployed or beneficiaries of the RSA, Pôle emploi, local missions, local authorities or associations. Against the backdrop of that, which can no longer wait, of the training of the unemployed.