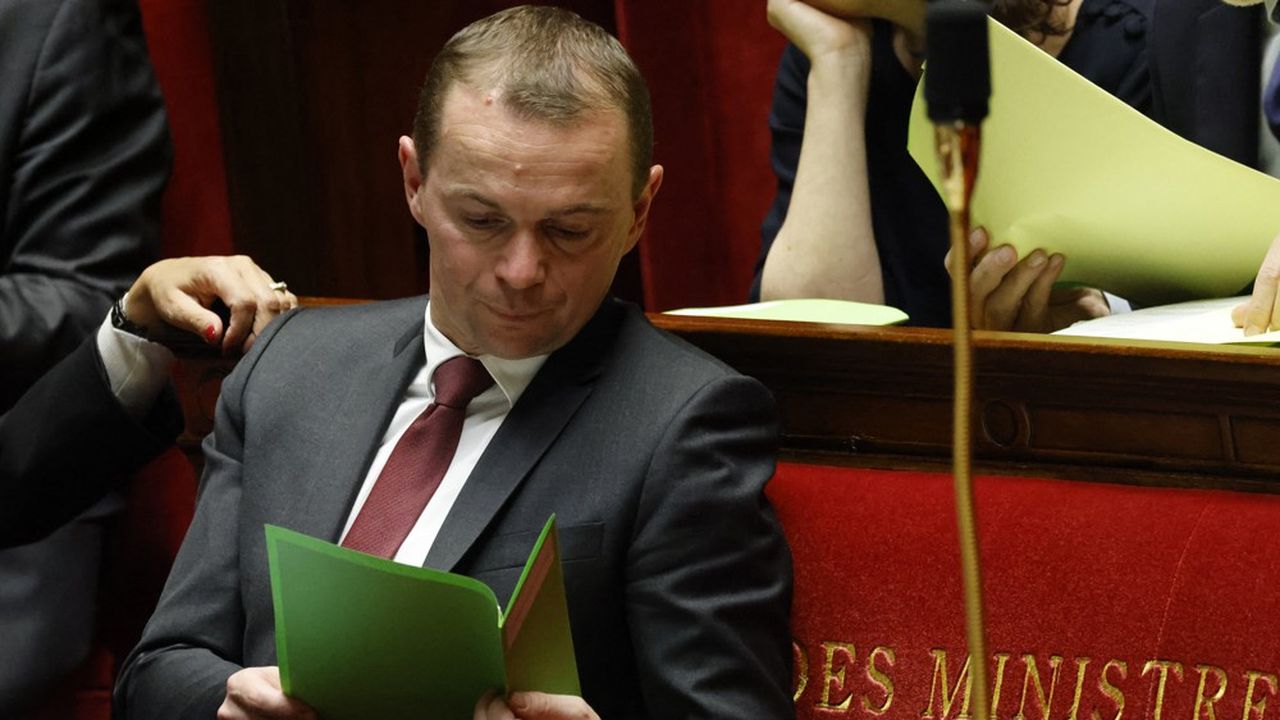 After a heated extraordinary session this summer, the ordinary session promises to be just as tense in the National Assembly. In any case, this is what the first exchanges in the hemicycle suggest, where work resumed on Monday. After a debate on Ukraine in the afternoon, the deputies considered in the evening the “emergency” bill which aims to reform unemployment insurance, a text unanimously criticized by the oppositions.

“We have to get away from false debates and caricatures: encouraging working people to find a job a little faster than today – when many opportunities exist – is not to cast shame on them, make them feel guilty or to allege that some “take advantage of the system”, defended the Minister of Labor Olivier Dussopt at the start of the debates, in a rowdy atmosphere.

After a consultation phase of “six to eight weeks” with the social partners, the government will decide by decree on the form that this modulation of unemployment insurance will take, for entry into force at the start of 2023. The executive insists that there is urgency, in the face of recruitment difficulties, and makes this reform one of the conditions for achieving the objective of full employment in 2027, i.e. an unemployment rate of around 5% against 7.4% currently. The current unemployment insurance scheme is “one of the most generous in Europe”, repeated Olivier Dussopt under the protests of the left alliance Nupes.

A text rejected by the Nupes and the RN

The LFI group unsuccessfully defended a motion for the prior rejection of the text, by the voice of Hadrien Clouet, who unleashed his blows against a “brutal project”, accompanied by a request by the government for “full powers”. “Everyone is afraid of the months to come and here” are launched “the great hunt for the unemployed and the great sale of wages”, castigated the elected representative of Haute-Garonne. “We want stable rights”, added the communist Pierre Dharréville.

RN MPs backed the rejection motion, despite protests from some on the left. “This reform is unfair”, supported Kévin Mauvieux on behalf of the far-right group, while acknowledging that he does not “agree on the remedy” for unemployment in Nupes. “The national priority and economic patriotism will bring back employment in France”, according to him.

“Openings” to the right

The elected LR judges that the bill does not go far enough in tightening the rules of unemployment insurance, the deputy of the Vosges Stéphane Viry judging the text “empty of any proposal for reform on the questions of access to employment and the evolution of unemployment insurance”. The right should however support or at least abstain on this text, which will allow it to be adopted.

Olivier Dussopt made “overtures” on proposals from the right, underlined Stéphane Viry. He “welcomed” the adoption of an LR amendment in committee to simplify the validation of acquired experience (VAE), in particular for caregivers, another aspect of the bill. The government has also shown its readiness to tighten access to compensation on the grounds of “post abandonment”.

This nocturnal sitting recalled certain summer hours during the first steps of the new Assembly. The din was at its height when environmentalist Sandrine Rousseau spoke. “If you want full employment, share the work, do the four-day week”, she launched to the majority, under the slamming of the desk.

The president of the LFI deputies Mathilde Panot split a point of order to deplore this ” hubbub “, particularly during the interventions of women on the left. “This sexism is not acceptable in the National Assembly”, she recalled, accusing the majority of being at the origin of the “din” in the hemicycle.