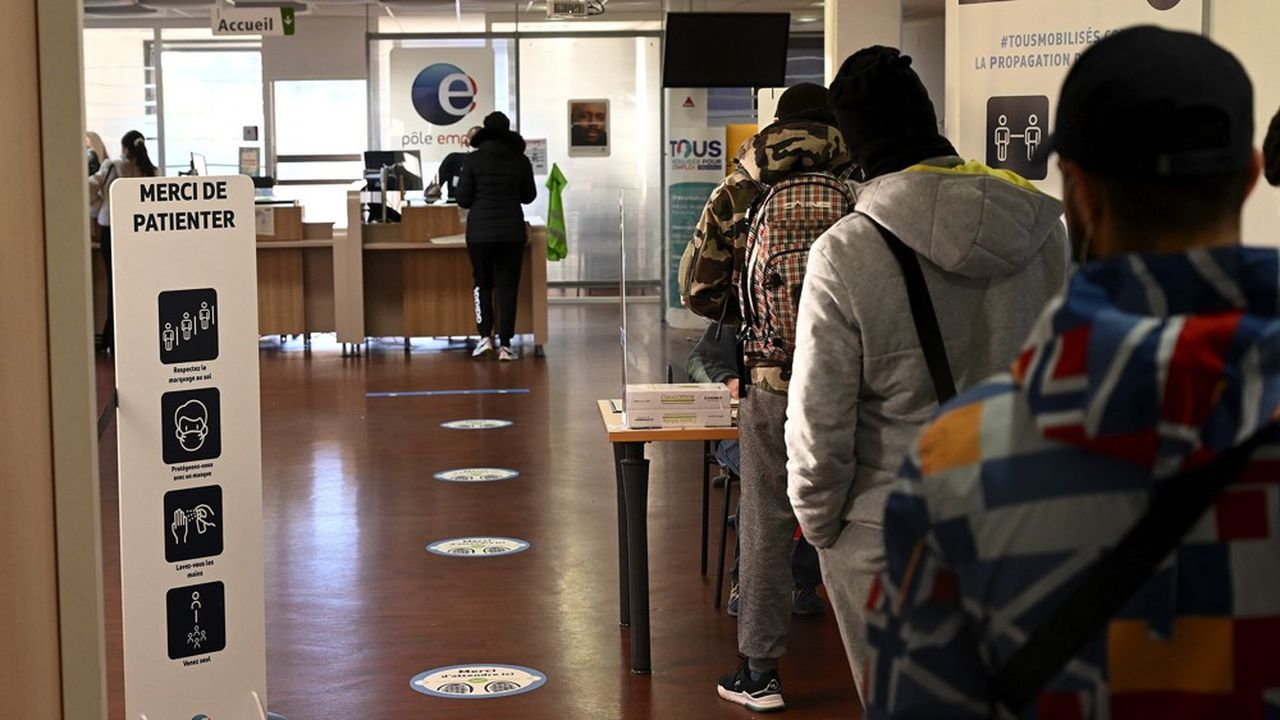 The bill paving the way for the reform of unemployment insurance barely adopted by Parliament, Olivier Dussopt will lift the veil this Monday morning. The Minister of Labor will specify to the social partners how the rules of compensation are called to evolve according to the health of the labor market, according to the principle known as “countercyclicality”. With a first application from 1er next February, centered on the sole duration of payment of allowances, to the great displeasure of the unions.

For the government, the current rules are not enough of an incentive to return to work in good times, as – he argues – this is currently the case with the coexistence of recruitment difficulties at the highest level and a unemployment rate still high (in any case higher than the average for OECD countries). Hence the idea of ​​making them more or less generous depending on the economic situation.

Any modification of the amount of the allowance having been rejected from the start, it is on the number of months during which it is paid that the reform will apply. Currently, this duration corresponds to the number of days worked or not between the first and the last day under contract in the 24 months preceding (36 beyond 53 years) the opening of rights.

The idea is to apply a reduction coefficient – from 0.8 to 0.9 depending on the figures circulating at the end of the week – knowing, major point, that the current six-month low will be maintained. Olivier Dussopt assured him last Monday during a meeting organized by the Association of Journalists of Social Information.

While waiting to know the precise value, opinions were already divergent. On the one hand those who expect the mountain to give birth to a mouse with a coefficient close to 1 to confirm the desire for reform but without clashing too much politically. On the other, those for whom 0.8 is insufficient if you want a real effect.

The possibility in fine that this coefficient does not apply to all the unemployed, as it is whispered, rather gives reason to the first. Would be excluded, according to our information, the intermittent entertainment, dockers, embarked fishermen, people dismissed for economic reasons benefiting from a professional security contract (CSP) or, geographically, overseas territories.

The second major parameter of the reform concerns the indicator making it possible to judge a change in the state of the labor market and therefore to apply the reduction coefficient or not. The government would have retained two, still according to our information: the absolute value and the variation of the unemployment rate measured by INSEE within the meaning of the International Labor Office.

Clearly, we would go from a favorable period (abundant employment and therefore application of the reduction coefficient) to a difficult period (scarce employment and therefore maintain current durations) if the unemployment rate crosses the 9% mark for example, and vice versa . But the application of this coefficient or its freezing would also occur if the unemployment rate gains or loses more than x percentage point from one quarter to another, the value x being supposed to reflect a strong variation.

While waiting to know the precise arbitrations of the government, one thing is certain: at 7.3% currently, the unemployment rate is considered to be in the green. The reduction in the duration of compensation, even limited in its value or by the number of people concerned, will therefore come into force from 1er next February, D-day planned for the reform. The first impacts will be felt from the 1er August, given the six-month low.

The injection of a dose of countercyclicality into the compensation rules is only supposed to apply until the end of December 2023, the time for the social partners to negotiate a new governance framework for the unemployment insurance scheme. .

Except that Olivier Dussopt made no secret of the rest. “Contracyclicality, he always said before Ajis, is one of the new structural elements of unemployment insurance”. As such, its principle will feature in the expectations of the social partners’ negotiation of future compensation rules which will follow that on governance in early 2024. The fact that senators (during the examination of the bill, editor’s note) have enshrined it in the law “is also a way for me to consider and allow its sustainability”, added the Minister of Labour.