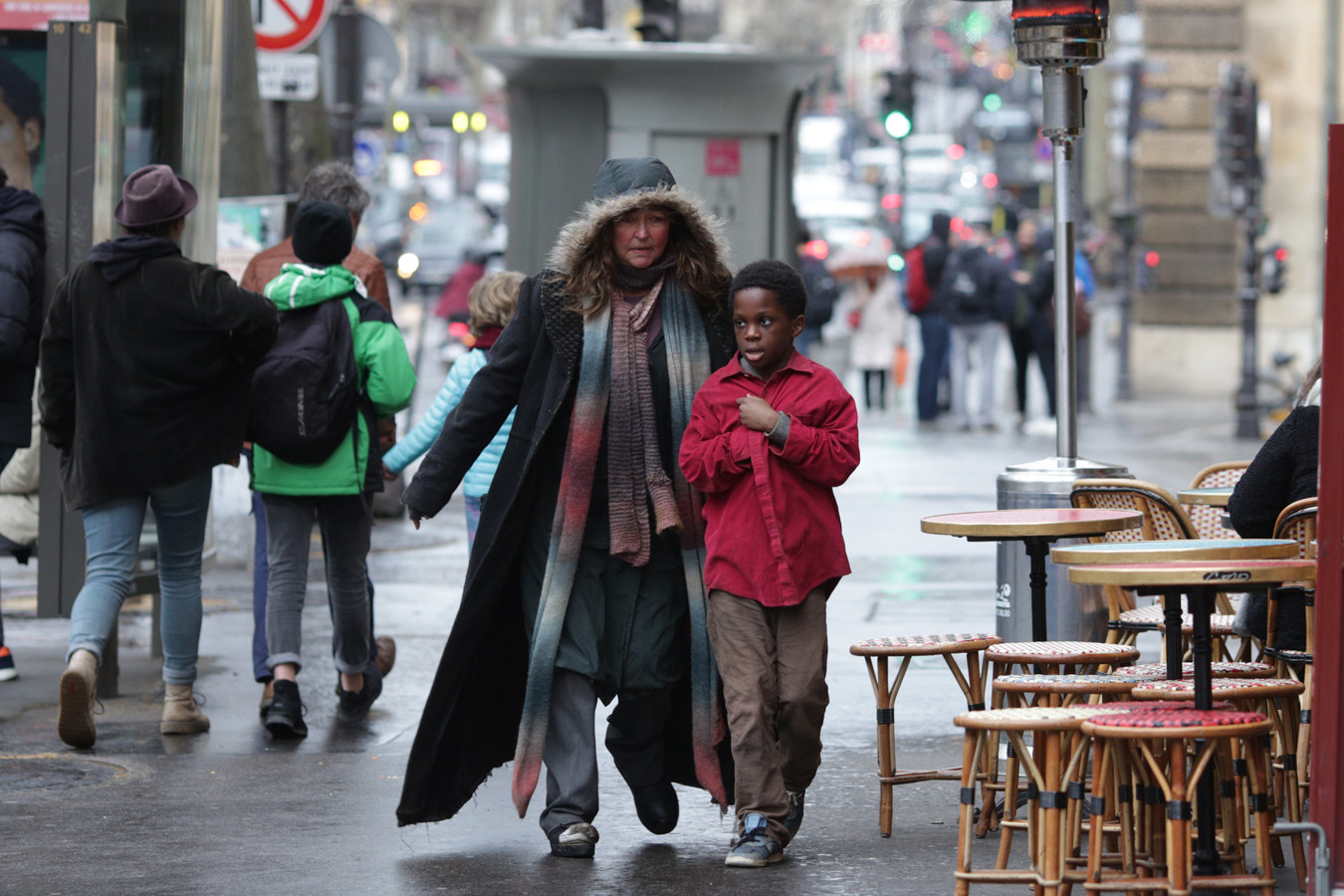 Under the stars of Paris **

It has the slowness of the actions of those who have lived on the streets for so long that all notion of time has been erased. As every morning, Christine observes the same ritual: she piles up her clothes one by one on her and packs all her belongings in two large bags before leaving the den she occupies at night under a bridge in Paris, thanks to kindness. a municipal employee.

In the parish hall where she has breakfast every morning, she observes a cautious silence in the midst of her male companions and, by dint of loneliness, growls rather than speaks when one speaks to her. There follows one of those endless wanderings in the city where only the discovery in a trash can of an old number of Sciences and Life, handled like a treasure, will illuminate the day of this woman whose past one seems to glimpse for a moment.

The first surprise of this film is to find Catherine Frot completely invested in this role of homeless man damaged by life and the years spent in the street. The second is to see her embody this character, so anchored in today’s reality, like a witch straight out of a medieval grimoire, with her untied hair falling over her shoulders and her long hooded coat.

It is because we are one foot in the fairy tale, one foot in social realism with this story of a badly mouthed tramp who, one snowy night, will pick up a young 8-year-old African migrant, Suli, and return to the life by helping her find her mother threatened with deportation.

This desire is perfectly assumed by the director Claus Drexel. After having devoted a beautiful documentary to the homeless in the capital, At the edge of the world (1), it was out of the question for him to “fictionalize” a reality that he had already tried to bring to the image, but to transcend it into a poetic universe. With Catherine Frot, very touched by her film, they started with the real character of Christine in the documentary ” to take him completely elsewhere », Explains the actress. Towards this “miserable” of Grimm’s or Andersen’s tales which crosses the ages to make poverty a subject unfortunately still relevant today.

In this odyssey through Paris during which these two beings in perdition will gradually tame, the filmmaker draws up a very documented cartography of the places of misery, from the disturbing atmosphere of the basements of the Halles tunnel to ‘in the Bois de Vincennes via the migrant camps at Porte de La Chapelle.

But Claus Drexel adds to this documentary realism a dreamlike dimension made up of images of a sublimated postcard Paris, ghostly appearances or kaleidoscopic visions. This daring and disconcerting mix of genres works so hard it is not to be touched by this tale full of humanity which gives life and dignity back to the excluded of our century.