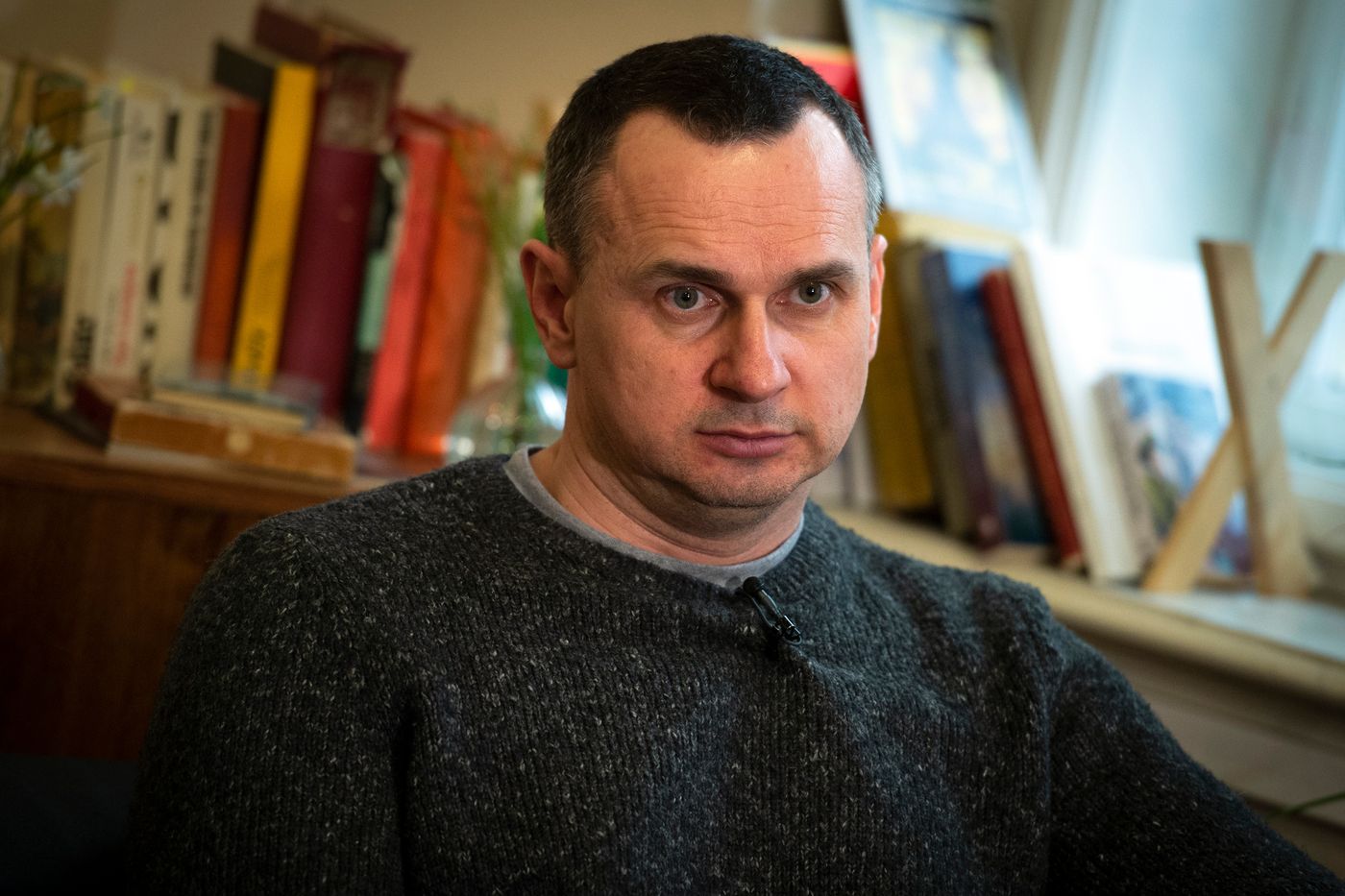 Oleh Sentsov was not present on Wednesday in Reims to present Rhino, his second film, selected for the second International Crime Film Festival. And for good reason. The day after the invasion of Ukraine by Russia, the filmmaker, after having sheltered his family, pledged to defend his country with arms in hand. According to the latest news, found by a journalist from the Worldhe had been assigned to the territorial defense of kyiv as deputy commander of a unit monitoring a checkpoint at the entrance to the city.

In a short video addressed to festival-goers, this symbol of the Ukrainian democratic revolution, who paid several years in prison in Russia for his commitment, also seemed very far from the event which surrounded the screening of his film. “Today I am no longer just a simple soldier because Russia has invaded Ukraine and I am fighting alongside our nation”, he simply explained, dressed in a fatigues and a cap. And he thanked his listeners for the support “to our war and our culture”.

The spiral of violence and banditry

The choice to include his film in the competition had however been made before the outbreak of hostilities, by the admission of Bruno Barde, the director of the Festival. But in the context of the moment, its screening on Wednesday April 6 took on symbolic force. Especially since Rhinoa very dark film which features a young Ukrainian caught in the spiral of violence and banditry, is not unrelated to the current situation, even if the story is set in the 1990s. It shows a country in full decay, following the collapse of the Soviet Union, struggling in poverty and delivered to criminal groups and corruption.

Its hero, Vova, will go so far in crime that no redemption will be possible because “If everything can be forgiven, nothing can be forgotten”explains this one. “It speaks of a dark page in the history of our country that we want to turn”insisted Oleh Sentsov, which according to him is once again prevented by Russian aggression. “Putin, who has never accepted our independence, wants to destroy us. At least now we know who our enemy is and who our friends are.”he continued in his message.

Oleh Sentsov, self-taught filmmaker who made his first film Gamer at the age of 30, was already working on the script for Rhino when the “Maidan” revolution started in 2014. He actively participated in the movement and continued his commitment by going to Crimea, where he was born in 1976, to protest against the annexation of this territory by Russia. It was there that he was arrested by the FSB, imprisoned in Moscow and sentenced to twenty years in prison for “acts of terrorism”. Following a hunger strike started in 2018 and international mobilization, the filmmaker was finally released in 2019 as part of a prisoner exchange with Ukraine.

The shooting of this film, ” difficult “ according to its author, began in early 2020 and experienced many setbacks, including the Covid epidemic, before being completed in spring 2021 and then selected at the Venice Film Festival in the Orizzonti section. It had just been premiered in Ukraine when war broke out. The director, who was also working on two new scripts, had to give it up for an indefinite time. His film, Rhinosome scenes of which are difficult to sustain, will continue his international career, testifying on screen, by his brutal force, to the inhumanity to which a situation of lawlessness can lead.