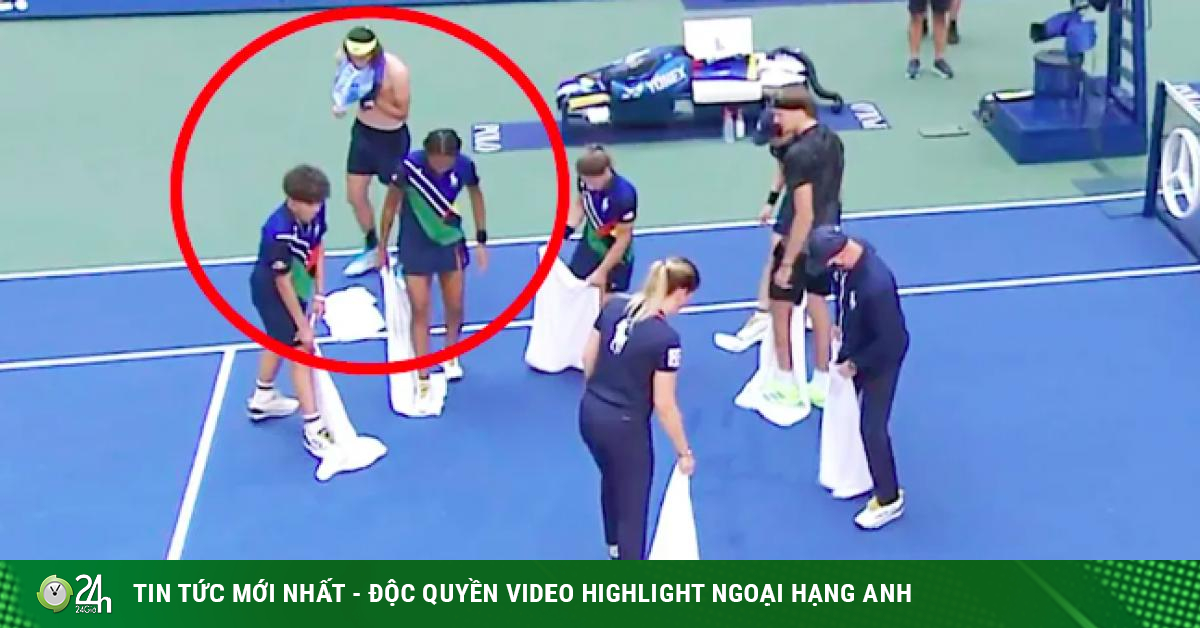 (Sports news, tennis news) Tragedy just happened in the quarterfinals of the US Open men’s singles 2021, “Prince” Zverev had to lower himself to clean the field for the match to continue. Players often choose to smash their racquets, but Harris chose to throw a water bottle on the court to relieve his frustration, which Yahoo.Sports described as “unprecedented” behavior at tennis events.

Journalist Ahmed Zidan described it as a “ridiculous moment”, while tennis reporter Nick McCarvel tweeted: “Lloyd Harris threw two bottles (?!) on the court after losing the first set. I haven’t seen this anywhere. After that, both he and Alexander Zverev entered the field to help the team pick up the ball to dry the field.” 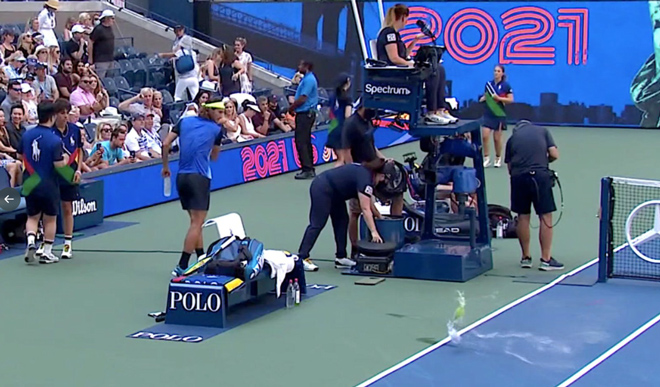 The audience is enthusiastically commenting on the above situation. “This is a very good way to rest, but it seems to be counterproductive because both have to bend their backs to clean the yard,” one person commented humorously.

“A situation that is both frustrating but funny, he throws water on the field and then he and his opponent clean up together,” the twitter account quipped.

The South African player was not penalized after this situation but it made him almost “give up” the match. To lose in the first tie-break set 6-7(8), the 24-year-old player easily lost 3-6, 4-6 in the next two sets, thereby officially stopping the adventure at the US Open 2021. Zverev will face No. 1 seed Novak Djokovic in the semifinals.

(Sports news, tennis news) Emma Raducanu created an earthquake when she defeated the 11th seed in women’s singles and set a 53-year miracle.