After 3 years, since 2019, the AFF U23 Championship has returned with the excitement of the players, professionals as well as the Southeast Asian football fan community.

This year’s tournament was held at the extremely modern and newly put into operation Morodok Stadium. In addition, another stadium is also used, which is Prince Stadium – the home ground of the famous club Visakha FC. The Vietnam U23 team, led by coach Dinh The Nam, will have the opportunity to rub shoulders with many regional rivals before moving to higher level tournaments this year.

U23 Vietnam and the remarkable “Death” group at the tournament

With 9 participating teams, AFF U23 Championship 2022 has 3 groups. Group A has the presence of hosts Cambodia, East Timor, Philippines and Brunei. Meanwhile, Group B includes Malaysia and Laos. According to the latest updates from the tournament organizers, defending champion U23 Indonesia and U23 Myanmar registered to participate but later withdrew due to internal problems.

The U23 Vietnam team competes in Group C with 2 opponents, Thailand and Singapore. According to experts, Group C is the “death” table in this year’s tournament when there are 3 candidates for the championship present. Each team in the group has different strengths and has interesting advantages and disadvantages. 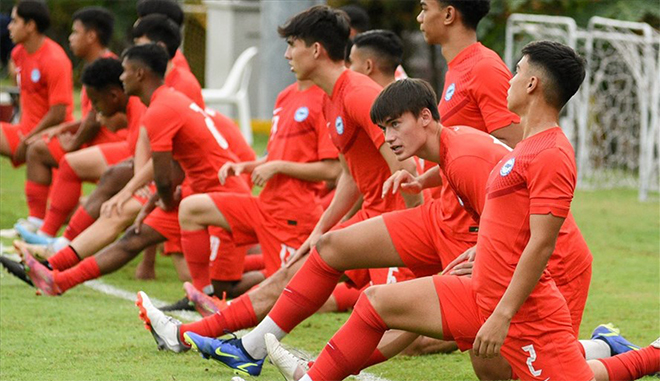 Singapore U23 is very strong in stature and often plays long balls, crosses the wing to head. And Thailand U23 is a stubborn team with a tight defense and quick counterattack.

Meanwhile, in the hands of coach Dinh The Nam are the most talented players of the U23 age group in Vietnam. The current generation of players of U23 Vietnam is extremely suitable for short football and speeding up from 1/3 of the pitch. The way of moving without the ball as well as moving in blocks of U23 Vietnam is also very elegant. With the format of each group taking 1 first team and the 2nd ranked team with the best performance, the level of competition will be pushed up very high.

Great opportunity for U23 Vietnam

The withdrawal information from the tournament of U23 Indonesia has been confirmed by the Football Federation of Ten Thousand Islands, the chance to enter the live round of U23 Vietnam is greatly increased. Because of that, fans really want to see new factors appear, strong enough to help U23 Vietnam assert its strength against regional rivals. 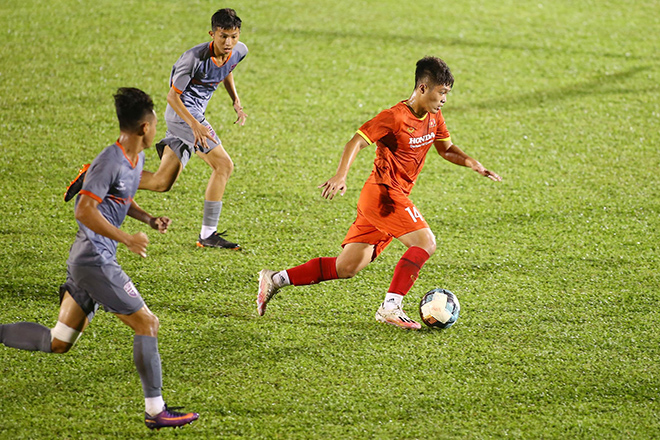 Nguyen Quoc Viet is the spearhead of U23 Vietnam at the moment (Image source: JMG Nutifood)

The problem for coach Dinh The Nam at the moment is to help the players connect with each other and create a true offensive style of the familiar 4-4-2 scheme. With bright faces such as goalkeeper Y Eli Nie, defender Ho Van Cuong, midfielder Dung Quang Nho or striker Nguyen Quoc Viet, U23 Vietnam is having equality in all 3 routes and promises to play “second place”. football” imposed the game in a very active way.

The most typical face in this year’s young players called up to the U23 Vietnam team this time is Nguyen Quoc Viet. The striker on the payroll of JMG Nutifood has the ability to score goals when possessing good speed as well as perfect physical strength. Quoc Viet’s ability to seize the opportunity is also an important weapon that coach Dinh The Nam wants to take advantage of in horizontal tension situations and towards the 2nd column areas within 5m50.

Besides, the midfield of U23 Vietnam also has the name Dung Quang Nho. Stubborn, decisive and calm in the ball situations, Quang Nho is the key to the balance and certainty of U23 Vietnam in the trip to Cambodia. 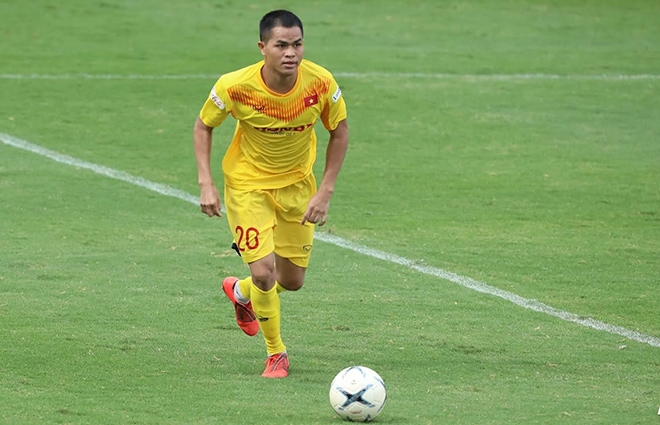 Dung Quang Nho is the leader in the midfield of Vietnam U23 with an outstanding ability to intercept from a distance (Source: VFF)

The two opponents of U23 Vietnam in the group stage, Singapore and Thailand, also brought a number of outstanding faces, enough to create certain difficulties for coach Dinh The Nam and his students. However, the young talents of the two teams above do not have much international experience. There are many players of Thailand U23 who have just reached the age of 18 or 19 years old, typically striker Teerasak Poeiphimai or midfielder Chitipat Kaeoyos playing in Thai League 1. These are all promising strikers in the future. of Thai football when possessing good shooting power and determination.

On the Singapore side, the most prominent player of this team is the Greek and Singaporean striker Zikos Chua, also just 19 years old, currently a player on the Geylang International staff in the Singapore Premier League. . Zikos has a good figure when he is 1m85 tall and is very strong in air combat.

The remarkable point of these two teams is that they have good physique players, with an average height of over 1m75. But the drawback is the lack of speed calculation in each phase of coordination. If it is a physical battle, U23 Vietnam may lose, but if we play the ball quickly, and you turn on the small triangle, it is completely possible to proceed to the ball firmly in the shape and create great pressure. opponent’s goal.

The Vietnamese team will launch at 19:00 on February 19 when facing Singapore. After that, our young men will face Thailand U23 at 19:00 on 22/2. Both the group stage matches of U23 Vietnam took place at Prince Visakha Stadium.

The AFF U23 Championship will have a total of 16 matches and will be broadcast live on FPT Play’s multi-platform system at: https://fptplay.vn/xem-truyen-hinh from February 14/ 2022. 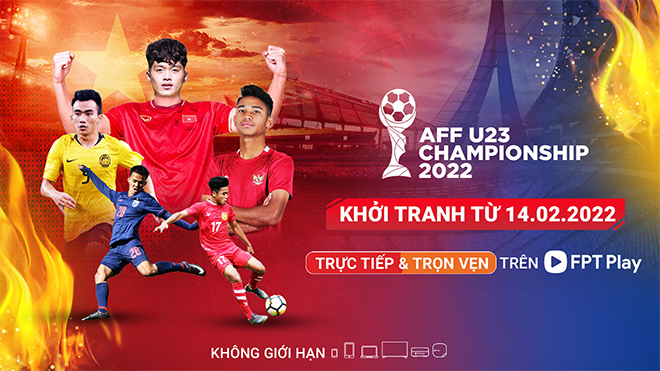