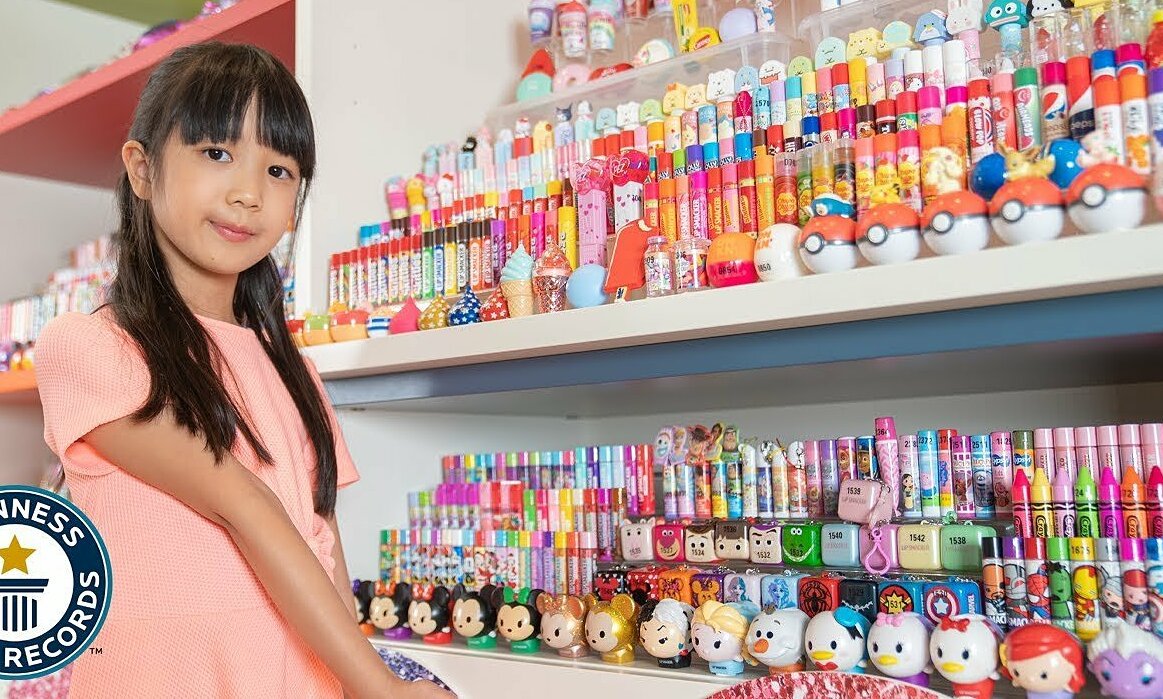 Hong KongScarlett Ashley Cheng, 6, and her sister Kaylyn, 8, set a world record when they owned 3,388 lipsticks.

The sisters’ lip balm set has a variety of colors and shapes belonging to many big brands such as: Burt’s Bees, Eos, Humble, Nivea. Notably, the collection also features famous food brands such as Skittles, M&M’s and Chupa Chups.

Like many people, Scarlett and her sister started reaching for lip balm when they had dry lips. After the first lipstick was given to her by her grandmother, the remaining 3,387 lipsticks were bought by the sisters with their savings.

The two sisters were confirmed by Guinness World Record on April 24 this year.

In addition to collecting hobbies, Scarlett and her sister also make organic lip balms themselves and give them to relatives and friends with similar interests.