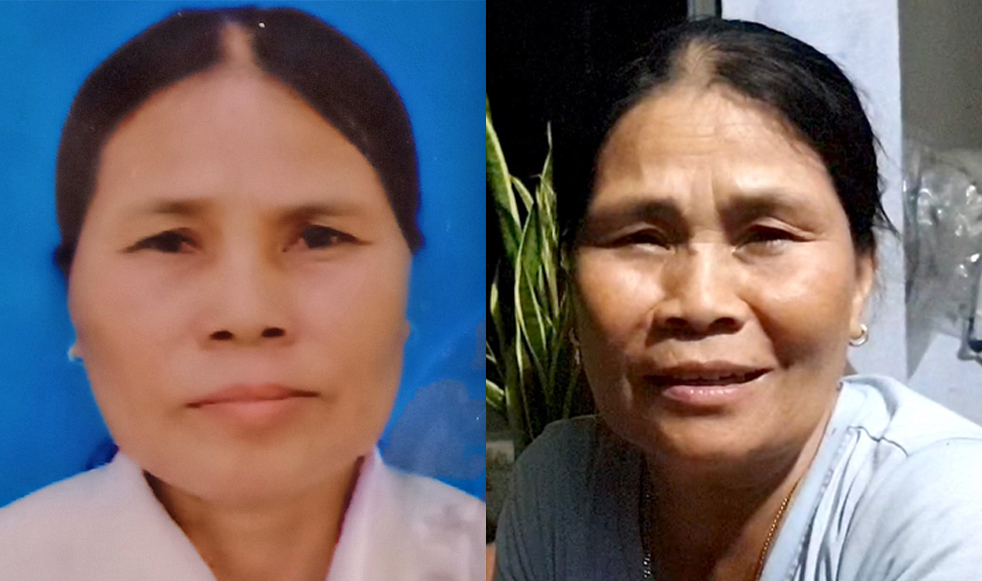 Phu YenHer father died during the war, Mrs. B and C were only 6 years old and went to stay, one returned home after the unification of the country, the other was lost for 50 years.

On May 20, Mrs. Do Thi C’s house in An Thach commune, Tuy An district was very crowded after learning that she had found her twin sister Mai Thi Ben (Mrs. B) who had been wandering for half a century.

Looking at the photo of Mrs. Ben posted in the newspaper, the whole family was shocked because they looked like Mrs. C. Burning incense on the altar of their mother, Mrs. Do Thi Xau, the eldest sister of Mrs. B and Mrs. C said: “Mom, I have found you. If only you were alive”.

Ms. Xuong said, her family has 5 sisters. After her she had a younger brother, then twin sisters, and the youngest sister. The three middle children are named after the letters A, B, and C, respectively.

In 1965, when the youngest brother was born 12 days ago, his father died, and because of that, the family became more and more difficult. Only Mrs. Xau’s mother raised 5 small children, so whoever adopted the children (who had just reached the age to carry them) was the mother’s consent. All four children went to stay, only the youngest sister was too young to live with her mother.

Twin sisters B and C from two different families. Mrs. C followed her adoptive parents to Buon Ma Thuot to live and was brought back to her biological mother’s house by a fellow villager after the country was reunified. And Mrs. B was adopted by an officer of the Republic of Vietnam regime in Tuy An district, at the age of 5-6. A few years later, this person moved to Hoai Nhon, Binh Dinh, took Mrs. B. Since then, she has not heard from her family.

Mrs. B said, when she was a child, she lived with the officer’s family and took care of their children. After 1971, this family also struggled due to war, so she found her way home at the age of 7-8.

When girl B was wandering on the road 1 section through Tam Quan, Hoai Nhon, she met a woman who worked as a rice paper merchant. The woman asked the girl’s name, but because B spoke with a Phu Yen accent (reading the letter B as Bo), she couldn’t hear it clearly, so when she adopted her, she gave her a new name Ben.

“At that time, the war was chaotic, soldiers were walking on the streets, my mother loved me so she accepted me,” Mrs. Ben said. She added that the adoptive mother is a kind person, having received two other abandoned children on the street, but the children are too young and weak to live.

While studying and helping her adoptive parents, at the age of 18, Ms. Ben got married about 2 km away from home and gave birth to 5 children. Ben sometimes still remembers childhood memories, wants to find her family but can’t remember the address. The adoptive mother also has no information except where to meet the adopted child on the highway.

A year ago, Ms. Ben went to work as a citizen. On May 16, Hoai Nhon town police received information on the system of the Ministry of Public Security that Ms. Ben was stopped from granting an identity card because her face was the same as Mrs. C in Phu Yen.

Suspecting a person to do identification twice, the Hoai Nhon town police asked the Tuy An district police to verify that the two people were different. Since then, the police have determined that they may be two lost siblings.

On May 19, the police went to Ms. Ben’s house to verify, but now Ms. Ben is in Vung Tau. From the accounts of her family and the information Ms. Ben said over the phone, the police determined that the statement about a pair of twin sisters was correct. Tuy An district police at that time also reported to the locality, Mrs. C’s family and received matching accounts.

Mrs. B is very happy to have found her roots again, but she is at her son’s house in Vung Tau, undergoing treatment for degenerative spine disease, so she cannot return immediately. And Mrs. C is anxiously waiting for the day she meets her twin sister again.

“I’m not happy to see my lost blood and blood again. Since tonight, I can’t sleep,” said Mrs. C.

Authorities are completing procedures and arranging for the two sisters to meet as soon as possible.