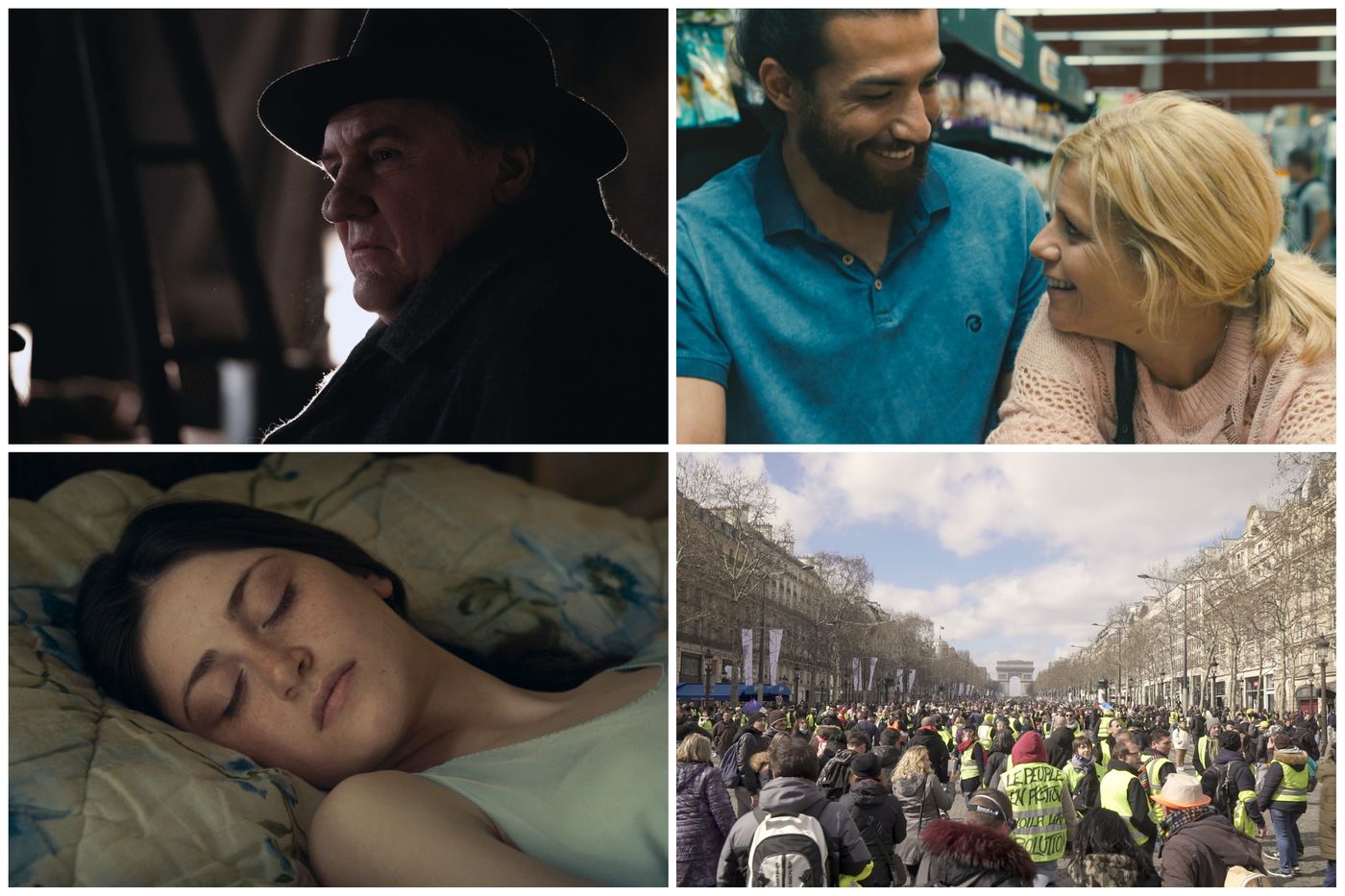 By adapting Maigret and the dead girl, released in 1954, Patrice Leconte signs a very great film, expressionist and twilight, marked by the moving and grandiose interpretation of Gérard Depardieu. The director excels in recreating, with his director of photography, Yves Angelo, this Simenonian and Modianesque, expressionist and ashy atmosphere, of a Paris with blackened facades, in a gray climate. This return of the famous commissioner sounds like a coup whose imprint will remain unforgettable.

» READ THE REVIEW. Leconte and Depardieu: an anthological “Maigret”

Inspired by real events and carried by Marina Foïs, this first film by actor Jérémie Elkaïm tells the complex and moving love story between a National Front sympathizer and an illegal Iranian. they are alive escapes the pitfalls of blueness and Manichaeism, and the metamorphosis of this explosive heroine, from xenophobia to support for Calais migrants, rings perfectly true.

» READ THE REVIEW. “They are alive”, a metamorphosis in Calais

In Under the sky of Kutaisi, it is about love, the evil eye, dogs and football, but also the magic of cinema, which reveals what cannot be seen with the naked eye. Built like a tale, this film with its very original form mixes the expressiveness of silent cinema and the burlesque of films by Charlie Chaplin or Jacques Tati. You have to let yourself be carried away by a story that never ceases to surprise us in both form and substance, and which takes us into the enchanting universe of a facetious and promising director.

» READ THE REVIEW. “The Unclenched Fists” and “Under the Sky of Kutaisi”, in the folds of the Caucasus

Between anger and despair, Emmanuel Gras filmed the yellow vests on a daily basis in Chartres and shows and understands the suffering of a whole section of the population who no longer feels listened to. His agile camera skilfully shows us this geography of the periphery which marginalizes and isolates its inhabitants. She collects confidences and slips into the midst of the demonstrators to better make us concretely experience the violence of the police response, which leaves them dazed.

» READ THE REVIEW. “One people”, the revolt of the voiceless

Signed by director Kira Kovalenko, Unclenched Fists takes place in a mining town in North Ossetia and carries with it the tragic memory of the Beslan hostage-taking in 2004. This story of emancipation, full of contained violence, where love and hate are fought between members of the same siblings, addresses with sensitivity the complexity of family relationships and the price to pay to win one’s freedom. And shows the dusty landscapes of this region of the North Caucasus, which seems forgotten by all.

» READ THE REVIEW. “The Unclenched Fists” and “Under the Sky of Kutaisi”, in the folds of the Caucasus

Adapted from the successful comic strip by Fabcaro, this zany story follows the run of Fabrice, a comic book author who has become public enemy number one after forgetting his loyalty card at the supermarket… Despite some great finds, the film does not succeed always restoring the absurd humor of his model. It is not easy, far from it, to recreate the humorous discrepancy born of the ellipses specific to comics. It would have taken even more audacity and fantasy to achieve this.

In his new film, François Favart explores the world of Compagnons du Devoir, demanding and passionate young craftsmen, through the portrait of Naëlle, a young woman passionate about street art who is struggling to integrate into working life. A learning story at the height of the characters, sensitive and benevolent, to demonstrate that it is possible to find one’s way despite determinism and prejudice.

» READ THE REVIEW. “Compagnons”, in the intimacy of French excellence

♦ According to the police *

Frédéric Videau paints a contrasting but somewhat artificial picture of the state of the police today. The structure by chapters makes it possible to embrace key subjects, such as sexism and violence, endemic to certain representatives of the forces of order, the quantified demands which have replaced any hint of a link with the population formerly carried by the police of proximity, the application of laws meaningless for some. Despite its distribution and rich content, According to the police leaves the viewer hungry and often rings false.

» READ THE REVIEW. “According to the police”, the great depression of the cops

Based on a play titled For our children by Laura Castro, this film by Maria de Medeiros focuses on recounting the conflicting exchange between a mother and her daughter on same-sex parenting, in which arise both the dictatorship of the 1970s and current societal issues. But by expanding the story, the filmmaker unbalances it, without settling the question of point of view. The material is rich and exciting, but the film is too dense and fragmented to convince.

» READ THE REVIEW. “To our children”, the confrontation of a mother and her daughter in Rio