The golden storm of the 31st SEA Games of Vietnamese sports is also the great concern of sports strategy implementers when they have to step out into the “river” of Asiad and then “the sea” of the Olympic Games.

Sports in Vietnam (TTVN) used to have very strong arguments from the directioners and strategists that investment is spread according to the type of sport that is also played towards Southeast Asian achievements or focuses on the “golden” sports in the Asiad (Asian Games), in the Olympics?

SEA Games 31 TTVN created a record difficult to break as the host surpassed 200 gold medals, but when thinking about the upcoming Asiad and beyond, the Olympics, sportsmen do not dare to be more happy, too happy.

It can be seen very clearly through the achievements at the Tokyo Olympics taking place in late July and early August 2021, just 10 months before the 31st SEA Games. At that time, the achievements of countries in Southeast Asia were the Philippines (ranked 49th in the world), Indonesia (54), Thailand (59), Malaysia (85), and the Vietnamese delegation was not in the group that failed to qualify. ranked because there are no medals.

There may still be regrets in it because Hoang Xuan Vinh could not keep his form in shooting or Kim Tuyen soon faced Panipak, the Thai taekwondo fighter won the world gold… but it is the Vietnamese media makers who must admit it. that the Southeast Asian countries that have a gold record at the Tokyo Olympics are having key investments with special regimes and mechanisms in the “gold hunt” campaign. Not many achievements are expected to win a gold medal in the Asian playground like that of swimmer Huy Hoang. Photo: ANH PHUONG 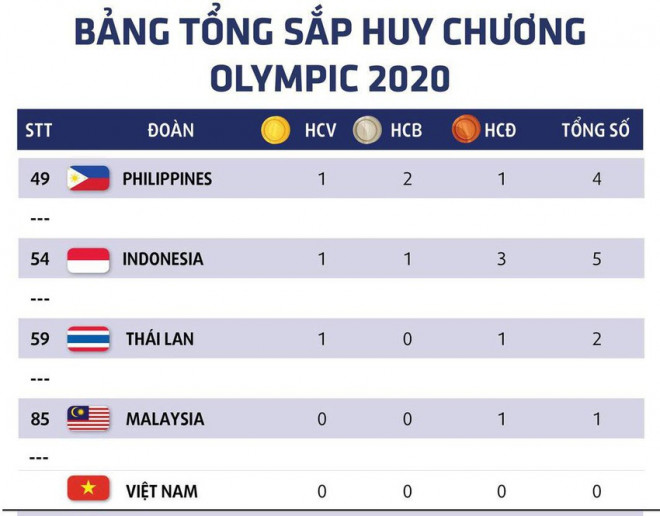 And the Tokyo Olympic achievements in late July and early August 2021.

Talking to us about TTVN’s top position in Southeast Asia with 205 gold medals, the sportsmen shared that in terms of space and spread, TTVN has had great success in the playground in Southeast Asia, but with its success in At present, the competition in Asiad, the Asian playground, is very difficult to “touch gold”, let alone the Olympic playground.

Why with 205 gold medals topping the region, but looking at the “big river” Asiad, not to mention the “big sea” Olympic, we lack such confidence?

The number is large, but according to the analysis of the implementers of the Vietnam Sports strategy, the achievements of Vietnamese athletes are still far from the Asiad and Olympic Games, except for the achievements of the outstanding SEA Games athlete 31 Nguyen Huy Hoang (5 SEA Games gold medals). thirty first).

The same strategists for TTVN also admit that at this 31st SEA Games, although Singapore won a small number of SEA Games medals (47 gold medals compared to 205 of Vietnam), their athletes’ achievements in the Asiad and Olympic Games are very high. .

Referring to the Asian playground, the 2018 Asiad in Indonesia can be used as a measure when TTVN is proud of the most successful Asiad in history when it won 5 gold medals, the most notable of which were the gold medals of Quach Thi Lan (400 m). women’s hurdles), Bui Thi Thu Thao (women’s three-step jump), four women’s heavyweight rowing boats and 2 gold medals in pencak silat (the contest organized by host Indonesia at the request of the congress).

Of course, in the success of TTVN in this Asian playground, it is also necessary to mention the prominence of countries in the same Southeast Asian region, but in addition to the host Indonesia (31 gold medals, 24 silver medals, 43 bronze medals), Thailand (11 gold medals, 24 silver medals, 43 bronze medals) Gold, 16 silver, 46 bronze), Malaysia (7 gold, 13 silver, 16 bronze) ranked above Vietnam (5 gold, 15 silver, 19 bronze).

The above analysis and comparison shows the fact that TTVN is choosing a type of investment spread and “hit hard” in the Southeast Asian playground. What countries like Thailand, Indonesia, Malaysia and even Singapore have done in the past, but later chose to follow the direction of key investment and “hit” on high achievements in Asia and the world.

It can be seen very clearly that the golden girl of Philippine sports, Hidilyn Diaz at the Asian and Olympic Games, only won silver after the Chinese weightlifter and the Philippine state invested heavily in this girl to continuously improve her success. for many years with both recruiting the top Chinese coach Gao Kaiwen and sending him abroad to practice during the period when the Philippines was “closed to fight the epidemic”, and then Hidilyn Diaz won both Asiad gold and Tokyo Olympics. .

Or like Singaporean swimmer Joseph Shooling, who was also invested in the US to practice at the most famous furnace in the US and only focused on the distance to beat the American super swimmer Michael Phelps at the Rio Olympics. Completely different from “mermaid” Anh Vien also went to the US to train and won a record number of gold medals in the SEA Games, but it was very difficult to step out on the Olympic playground.• (Sports news, SEA Games news) The most impressive moments of SEA Games are encapsulated in a television program.