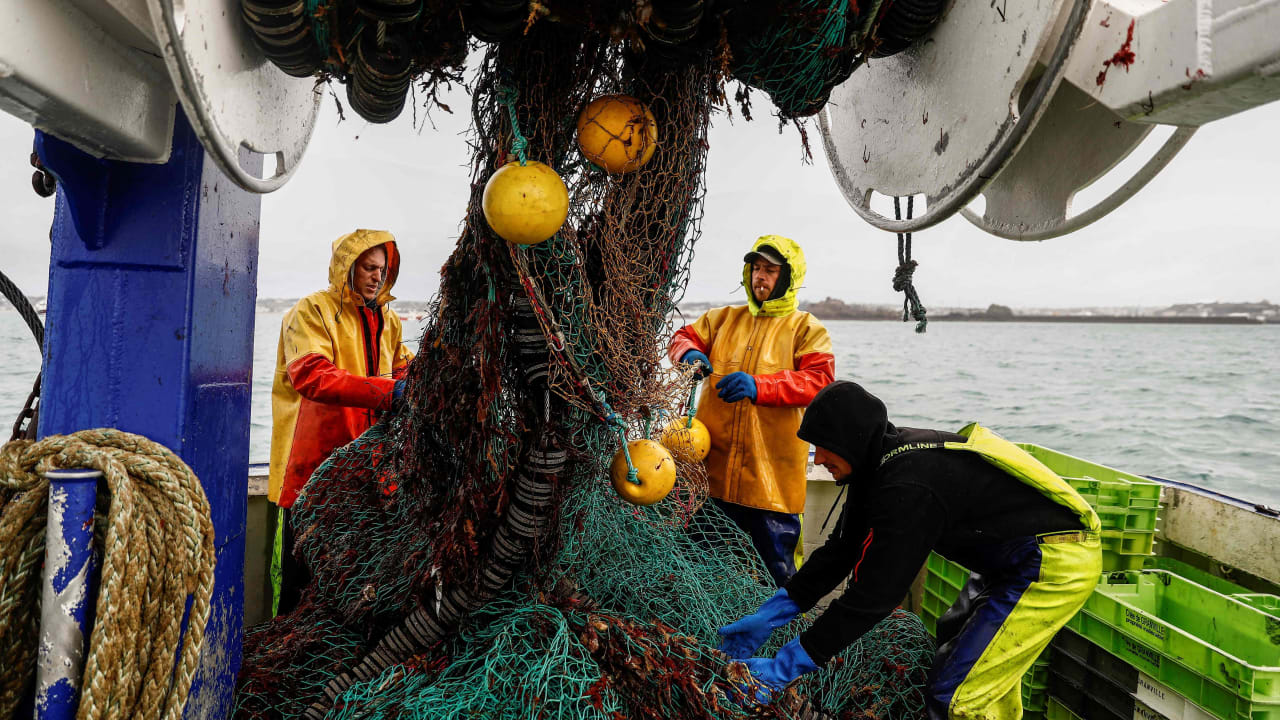 The dispute between the countries had already escalated in May: when dozens of French fishing trawlers threatened to block the port of Saint Helier on Jersey, the British government sent warships into the sea area. France then also sent naval ships.

Meanwhile, Jersey approved 95 additional licenses for French fishing boats on Wednesday, including 31 for a limited time. As the authorities of the island in the English Channel announced. But: 75 applications were rejected. France is now threatening “retaliation”.

The island of Jersey is located around 30 kilometers off the coast of Normandy, and its waters are particularly rich in fish. The post-Brexit agreement negotiated by the EU provides that European fishermen can continue to sail into certain British waters, provided they are granted a license. This will be given to them if they can prove that they have fished there before.

The 95 licenses that have now been approved are in addition to the permits for 47 boats that had already been granted since the beginning of the year. Anyone who was unable to submit complete documents immediately, receives a temporary license, as the Channel Island explained. If you don’t have a license, you will soon have to stop fishing in the waters off Jersey, then an interim regulation will expire.

The fishing rights were one of the sticking points in the trade agreement between the EU and the UK, which has been in full force since May 1st. The British only have to allow fishing boats in their areas that have been active there since 2012. The French fishermen complain that this is not easy to prove.

Paris reacted angrily on Wednesday that not all of the licenses applied for were approved. Government spokesman Gabriel Attal now spoke of “completely unacceptable and inadmissible decisions”. Jersey’s approach contradicts the agreements made in the course of Brexit.

He therefore fully understands the worries and anger of French fishermen. The French government will work with the EU Commission “to make progress on this issue and also to examine possible retaliatory measures”. Paris had already complained on Tuesday that licenses were not granted in full.

Marine Minister Annick Girardin went one step further: “I am counting on the other European countries to demand the same as France, because what France is experiencing today will also be experienced by others,” she said after a meeting with representatives from the industry. All of her cabinet colleagues were also asked to “identify the possible French retaliatory measures”, from the “energy issue” to “trade flows”.