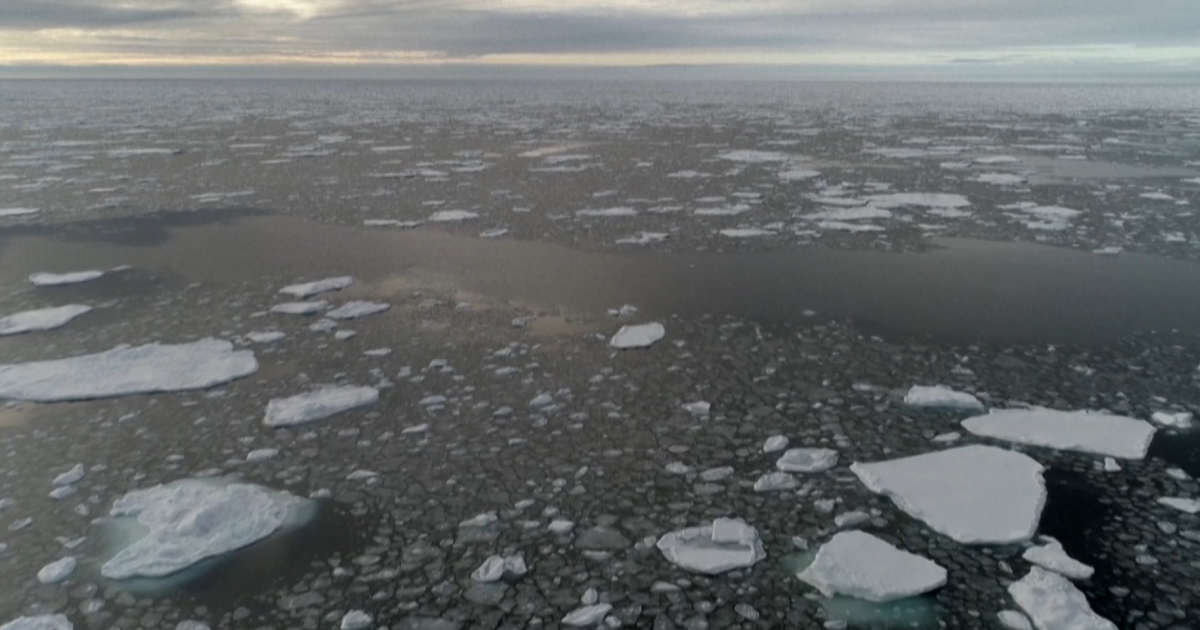 The Arctic is under pressure from oil and gas extraction, and what happens there concerns us all. Around the North Pole, we can already see the worst developments in the climate crisis. The pack ice and permafrost are collapsing and winters are getting shorter and shorter. Craters have been carved out by methane explosions caused by melting permafrost, and deadly dormant bacteria like anthrax may have resurfaced, infecting tens of people and thousands of reindeer. And these ecological disasters are due to greenhouse gases.

Indeed, a group of scientists recently discovered that the rate of ice loss is now aligned with the worst-case scenario imagined by the Intergovernmental Panel on Climate Change (IPCC). These scientists note that the loss has accelerated along with the rise in atmospheric temperatures.

According to the same study, the Earth would have lost 28 trillion tons of ice between 1994 and 2017: enough to cover the whole of the United Kingdom with a layer of ice 100 kilometers thick. And with 7.6 trillion tonnes of ice lost, the Arctic is the most threatened region. Millions of lives, on the coasts and on the islands, are thus directly threatened by the melting of glaciers which contributes to the rise of the sea level.

Yet it is in this region already weakened by pollution and global warming that the French state supports megaprojects involving French companies. Indeed, through the public investment bank (Bpifrance), France can vouch for the financing granted by private banks and investors to French companies deemed strategic.

In 2017, the government thus granted a guarantee of 350 million euros to the oil services company TechnipFMC responsible for building a gas liquefaction unit there on behalf of Total and its partners. This project thus disturbed a vulnerable environment and threatened the land as the traditional reindeer grazing activity of the Nénets, an indigenous population of the Yamal region. Total is now seeking to expand its gas activities in the region with a new project, Arctic LNG 2, alongside Russian Novatek. And the government is studying the possibility of participating in it through the public investment bank, which has already issued a preliminary favorable opinion for a guarantee of 700 million euros.

These polluting megaprojects in the heart of one of the regions most affected by the climate crisis are the illustration of the environmental and social unconsciousness of the fossil fuel industry, which still prioritizes profits without worrying about runaway climate. The Arctic is however essential to the mitigation of climate change and must be protected.

The guarantees granted to fossil megaprojects in the Arctic conflict with the scientific imperative, but also with France’s international obligations. Didn’t Emmanuel Macron challenge shipping carriers in 2019, during the G7 in Biarritz, to dissuade them from using the North Sea route? This same route that the icebreaker LNG carriers intend to take to transport gas from the Russian Arctic to international markets. Didn’t the president then stand at the podium of the United Nations General Assembly to defend the protection of oceans and biodiversity? While the Climate and Resilience law is presented to parliamentarians, it is time to put an end to these inconsistencies. France cannot appoint an ambassador for the poles, with one hand, and with the other hand, support the race for fossil gas in the Arctic through its public financial institutions.

Join the mobilization alongside a dozen climate and environmental associations by signing this petition.