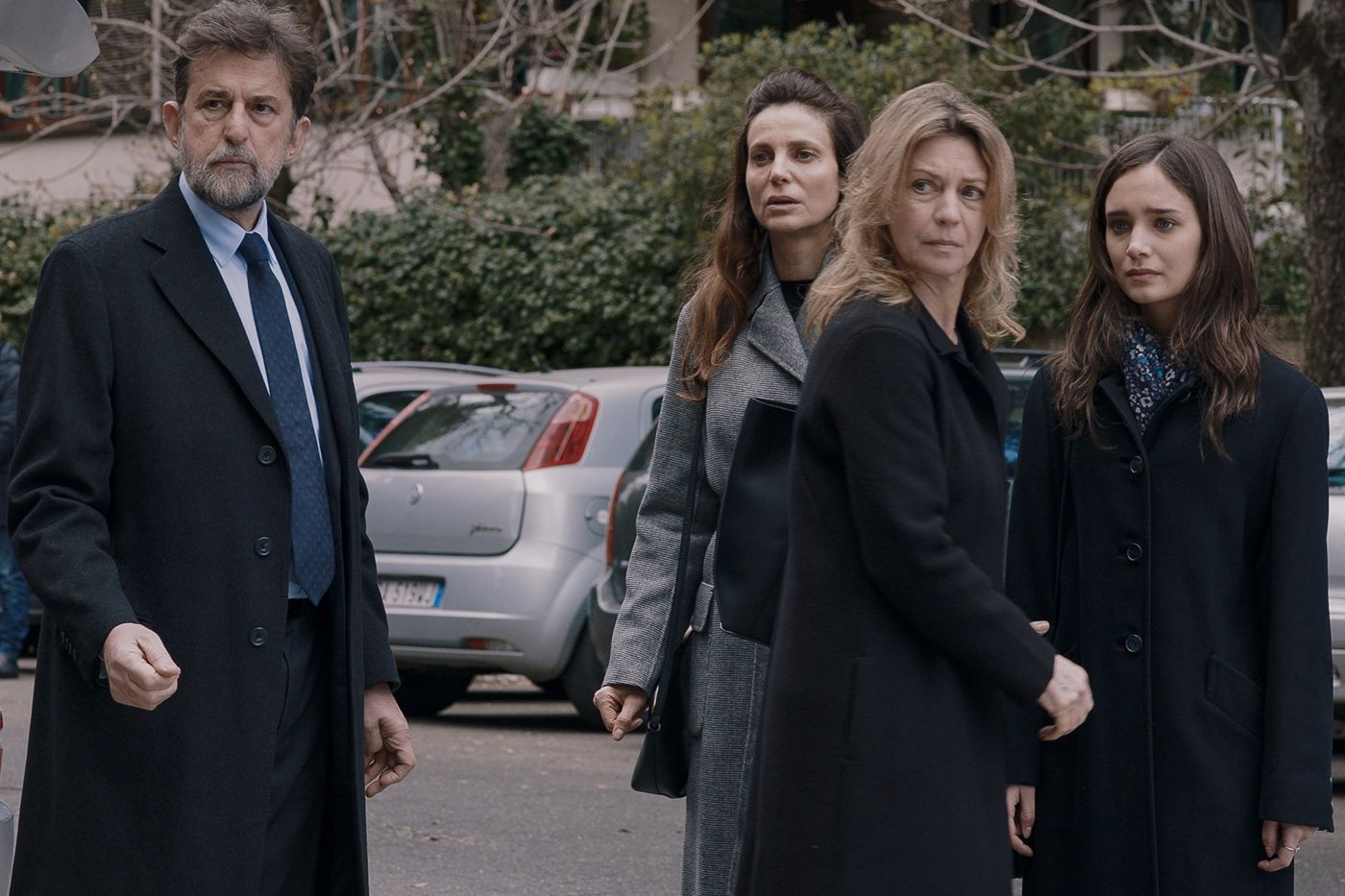 Nanni Moretti was able to surprise, even disappoint some, at the last Cannes Film Festival where he presented in competition, ten years after his Palme d’Or for The son’s room, sound 14e feature film. If this is again a drama, the formal outline as well as the lack of humor he shows throughout the conduct of his story are very far from the tenderly ironic gaze that the filmmaker usually wears. on his country as on his contemporaries. And then, would we be tempted to say? The 68-year-old director claims the right, for once, not to make a comedy.

His point – our tendency to live isolated lives – is no less poignant. Just like the fear of the other which permeates the film, that of migrants as well as that of its next-door neighbor, and resonates incredibly with the debates currently agitating our Western societies.

This is the first time that the Italian director has adapted a novel, that of the Israeli Eshkol Nevo, whose plot is mainly confined to the three floors of a bourgeois building, where several families meet without really knowing each other suddenly confronted with events that shake up their daily lives. The inaugural earthquake is the one caused one evening by a car whose young driver, obviously drunk, strikes the facade after having involuntarily run over a passerby. From this spectacular opening scene, the scenario interweaves the unique stories of each of its inhabitants.

A choral film over ten years

A couple of magistrates, stuck in their principles, refuses to help their son Andrea – the one who caused the accident – irreparably condemning him to prison. Lucio, an anxious architect and father of a family, begins to suspect his retired neighbor, whose memory falters, of having harmed his 7-year-old daughter. On the top floor, Monica, whose husband works overseas, struggles with her loneliness and her newborn baby, fearing that she will go crazy like her mother before her. Faced with these events, everyone has to make choices, the consequences of which will be measured five years, then ten years later.

The filmmaker superimposes rather than binds the fate of these four families. As if to better underline their inability to live together on the scale of a home, of a building, as of the whole of society. Intransigence, mistrust, selfishness dictate the behavior of these characters whose actions are driven by fear or guilt.

Characters who struggle in their complexity and humanity

In this gallery of unflattering portraits, men have the wrong role, represented as vindictive beings and sometimes overprotective, absent or toxic fathers. In the midst of an impeccable cast, the director did not spare himself, in the role of the upright judge with a heart of stone, who rejects what is not “In his way of life” and will force his wife to choose between him and his son. He watches them struggle in their complexity and their humanity, without ever judging them. And puts his camera in tune with this distance.

→ READ. Mia Madre, the tragic according to Nanni Moretti

To this sometimes chilling observation, Nanni Moretti fortunately opposes, in a third luminous part, the possibility of a redemption. She is embodied in particular by the moving character of Dora, the judge’s wife, played by her favorite actress Margherita Buy (Mia Madre), which will ultimately make love and reconciliation triumph. Then emerge, the only fantasy of this austere film, couples of dancers who invade the streets of the city, like an invitation to “Do not stay locked in our three floors “.