Confronted with a puncher with an absolute knock-out rate, Phayom Boonrueang, I thought Tran Van Thao would have to go through a tense battle in 8 rounds. However, the 29-year-old Vietnamese boxer spectacularly defeated the undefeated boxer from Thailand in the second round with an extremely heavy right-handed blow.

Tran Van Thao himself also said that he himself was very surprised with this development, even partly “not yet” because he had not shown his full potential.

“For nearly 2 years now, I have not been able to compete and have many unfinished plans, I still practice hard, constantly practice, sometimes up to 8 hours a day. I really want to show everyone a new version of Tran Van Thao, stronger, more energetic and stronger despite being affected by Covid-19.

That’s why, although I was very happy and surprised when I defeated my opponent in the second half, I felt that I had not done so because I had practiced a lot for this match as well as in the past time, “Van Thao shared. 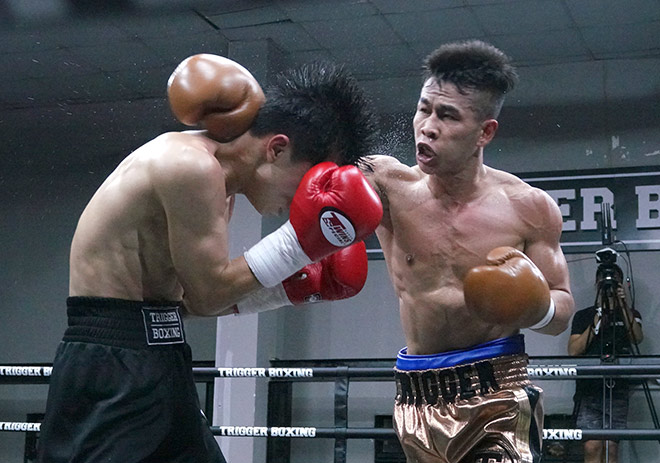 Commenting on the match, the 29-year-old boxer said he had adhered to the tactic that he once declared: “I have answered before that my opponent is still very young, physically fit, has a good ratio. Absolute knock-out win rate with very powerful body shots (belly hooks, ribs).

The strategy the coach set for me is to be very patient, only use basic attacks in the first rounds to show the opponent’s physical strength and excitement and will unleash in the 4th round. However, what happened on the floor. I was very surprised, so I decided to take advantage of the opportunity to defeat the opponent”, Thao said.

In particular, Tran Van Thao said that he currently has many plans, the most hopeful of which is to be given the opportunity to compete at the 31st SEA Games in May this year.

“I received an invitation to compete in a title match in Dubai (UAE) but did not respond. After this win, my ranking and level have improved a lot, but I want to have one more international match before returning to conquer the world’s most prestigious belts. The 29-year-old boxer is ready to put aside all professional competition plans to contribute to the country if given the opportunity at the 31st SEA Games.

However, I plan to contact the boxing leader of the General Department of Physical Education and Sports to ask to play the SEA Games, which is my unfinished goal before turning to professional competition. Because even though I have won the national championship for 7 years, I have not had the opportunity to compete and win achievements in the SEA Games.

Therefore, I am ready to put aside all professional plans to practice to contribute to the country in the amateur arena if given the opportunity,” said Van Thao.

Although the amateur competition only has 3 rounds, a boxer all his life who practices only to hit 3 rounds will have their own benefits and ingenuity. Even their speed, flexibility and swing are faster than professional boxers. However, I have experience in playing amateurs for many years, so I am confident that I will be able to do well at the SEA Games,” added the former WBA Asia champion. 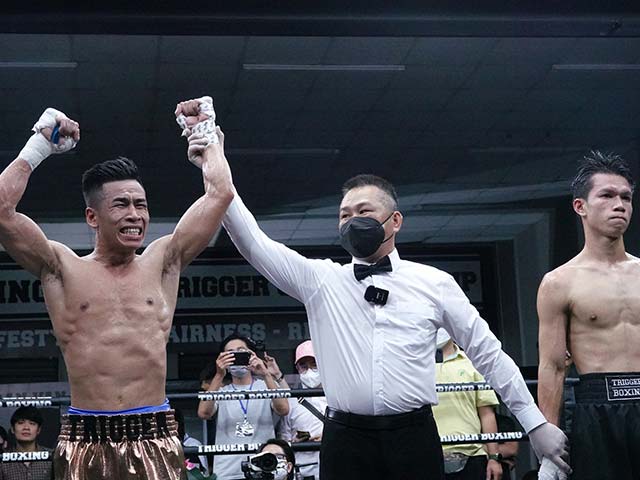 (Sports news, martial arts news) Tran Van Thao made a huge surprise when he quickly knocked down the undefeated super boxer of…