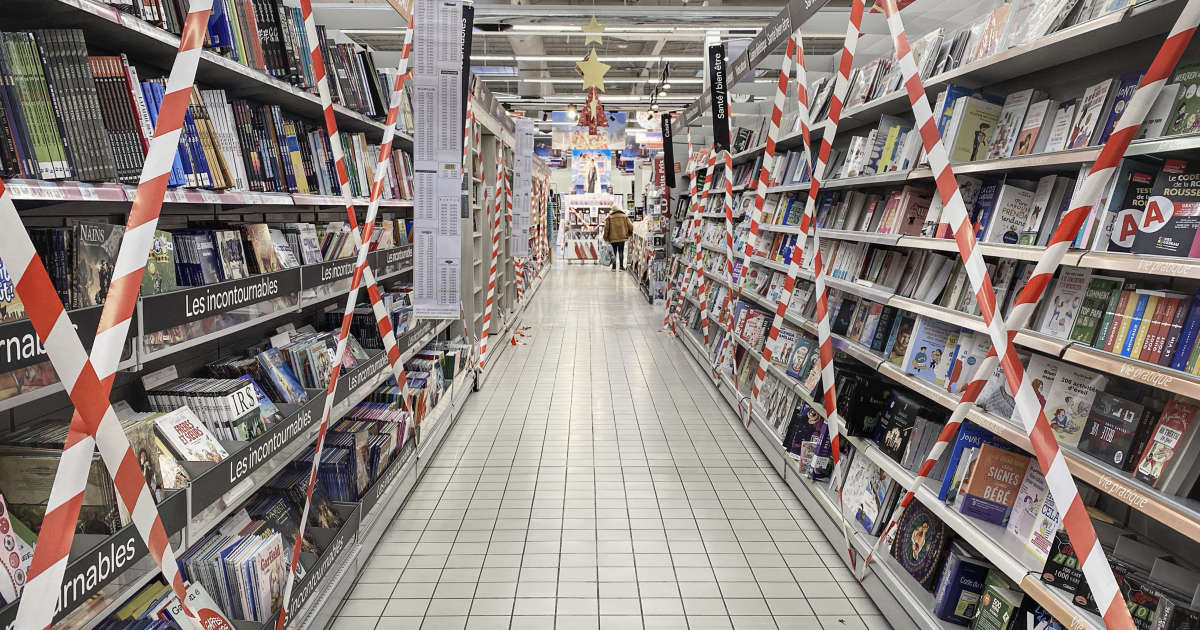 Faced with the anger of small traders, will large retailers agree to postpone the promotional operation of “Black Friday”, scheduled for November 27 to 29. Following Bruno Le Maire’s request, the Carrefour sign told AFP on Thursday 19 November that it was in favor in order to “Promote the reopening of small businesses”.

According to BFMTV, the Minister of the Economy had proposed in the Minister’s Council to postpone “Black Friday” to December 4, before discussing it with representatives of retail chains.

“And me, I am asked to close …”: Isabelle, shopkeeper, becomes more angry

“During a telephone exchange this morning with Bruno Le Maire, Alexandre Bompard said that in order to promote the reopening of small businesses, he agreed to suspend the operation “Black friday” from November 27 to 29 “, said the sign, confirming information from BFMTV.

E.Leclerc is not against the proposal

“Today, a proposal is made to be able to open the stores on November 28, in return for postponing operations planned for “Black friday”. Leclerc members will rally to a collective approach that would go in this direction ”, had previously indicated on Twitter the president of the strategic committee E.Leclerc, Michel-Edouard Leclerc.

For health reasons, the centers https://t.co/ltJeDHpOQm defend the idea of ​​reopening ALL com… https://t.co/XhXOdkz5rB

“For health reasons, the E.Leclerc centers defend the idea of ​​reopening ALL businesses (small and large) as early as possible before the Christmas holidays”, to “To avoid crowds”, he added.

As for Fnac, the sign seems to have decided to get around the problem: on its site, no trace of “Black Friday”. But for a week now, the offers that were to be intended for the operation have been “Remarketed” under the name: “The best Christmas prices guaranteed”. A way for Fnac to extract its stocks planned for “Black Friday” without attracting the wrath of small traders?

On Wednesday, the Minister of the Economy Bruno Le Maire had proposed to distributors to postpone “Black Friday”, believing that the operation had “No sense in the current circumstances”. Bercy assured, in the wake, that this request in no way prejudged the decision on the date of reopening of shops.

Contrary to the dates of the sales, the government has no control over the holding of such promotional operations of private initiative, coming from the United States, and which are experiencing a growing craze every year.

Thursday morning, the president of Medef Geoffroy Roux de Bézieux had shown mixed feelings about the government’s proposal: “Everything is imaginable, but not eight days before”, he estimated on RTL, fearing that this postponement is a pretext for a later opening. “There are supermarkets that have prepared their catalog. […] We talk a lot about Amazon […] but there are plenty of French traders who have prepared their promotions. “

# NoëlSansAmazon: “We want to start another way to buy”

According to BFM, the Federation of Commerce and Distribution must meet to see how to organize this gap. She said a lag is possible if Amazon accepts it as well. The decision of the e-commerce brand is still pending, but according to the news channel, it could be known as early as Thursday.