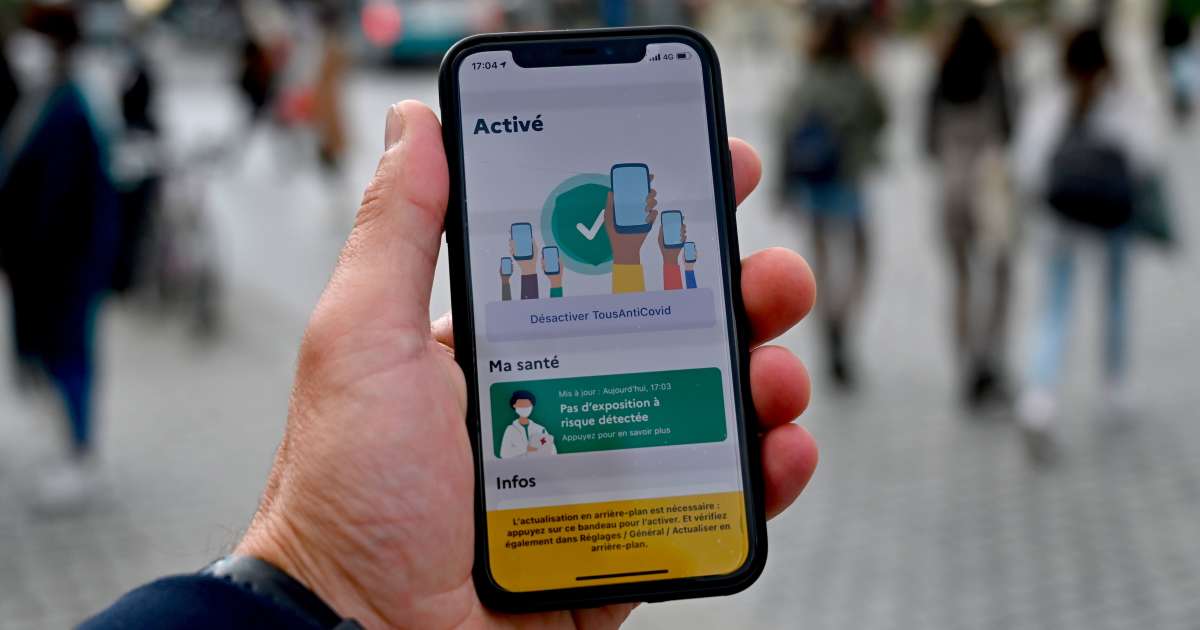 ” We have the ambition to make TousAntiCovid the Swiss army knife of daily management during the pandemic ”, advances Cédric O, Secretary of State in charge of Digital. The application for monitoring Covid-19 patients, which allows you to be alerted if you have passed someone infected (if they also use and activate the app), will take on the appearance of “Health pass” by adding, this Monday, April 19, a test book.

From now on, as soon as a Covid-19 test is carried out in the laboratory, the result (positive or negative) will be accompanied in addition to an SMS inviting to connect to a patient area on the Screening Information System (known as “SI-DEP”) where a PDF file with the certified result will be available, and will be offered to import it into the TousAntiCovid notebook. The result will materialize in the form of a Datamatrix – a sort of secure square barcode, already present on the tax return or on many drug packaging.

For their part, the police will have a dedicated application – TousAntiCovid-Verif – to scan this code to immediately know if the person is positive or negative for the coronavirus (they will have access to the same information as on the report paper of a Covid test, including result, date, name).

” Concretely, this is just a new feature to facilitate certain procedures, such as crossing borders, indicates the cabinet of Cédric O. There will be no new obligation to use it. “

A test certificate in TousAntiCovid

The practice is now entering a test phase, first during checks on trips to or from Corsica, then for overseas territories, and then, within a fortnight, for passages to and from Corsica. direct borders (Germany, Switzerland, Belgium, Italy, Spain, etc.). A way to speed up and streamline controls for cross-border workers. Airlines should also benefit from the integration of the TousAntiCovid-Verif reader to facilitate boarding, in particular AirFrance and AirCorsica initially, then Air Caraïbes and Corsair. 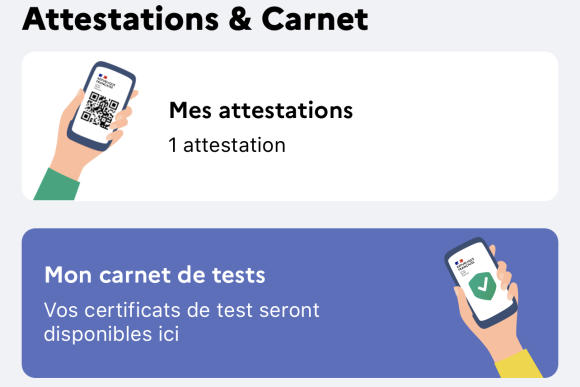 From April 29, TousAntiCovid will also play the role of vaccination certificate. The logbook function will then display if the wearer has received a vaccine against Covid. Concretely, at the very end of April, each new vaccination will be accompanied by an SI-DEP certification to add it to its app. Those who have been vaccinated earlier will be able to retrieve this certificate by the end of May via an upcoming teleservice from the Health Insurance.

As for the tests, the vaccine will allow access to a Datamatrix, stored in TousAntiCovid, to be scanned by the police when crossing borders, in particular European ones. The Commission has asked all Member States to have a solution for the certification of tests and vaccines by June 17, in order to facilitate departures on summer holidays.

StopCovid, an application at a steep cost

With this new use of TousAntiCovid, the government is entering a testing phase, which must last ” a good month “, before generalizing it for all trips. On the other hand, the executive insists: ” it’s not about making it mandatory “. It will always be possible to present the result of a paper test during an inspection.

Likewise, if consideration is being given to using this device when accessing events with a large number of people (concerts, festivals, trade shows, general public show, etc.), ” it is not considered for access to restaurants and shops “, insists Cédric O.

To support the upcoming reopening of restaurants, the TousAntiCovid teams are still working on a module called “Signal”, to signal yourself in a place by scanning a QR Code, in the vein of “contact books” set up in restaurants in last fall. Nothing obligatory again, it is a question of simplifying the process.