Having been present in Vietnam for more than a decade (since 2009), K+ TV has always maintained its position as the leading premium pay TV unit by grasping the audience’s tastes, exclusively broadcasting tournaments. The most prestigious sports in the world: English Premier League, PGA Tour, World Golf Championships, The Presidents Cup, Boxing World Title Fights, WRC, IndyCar Series… On K+ channels, the audience always finds “overwhelming prizes”. mind” by a series of special movies.

According to a study by Ganassa in 2020, nearly 70% of the Vietnamese audience chose the English Premier League as their favorite tournament, far ahead of La Liga and Serie A. In the English Premier League, there is no team named “pave the road”, The race to the throne is always the toughest competition, in which the “giants” can lose to any club considered “underdog”.

In addition to the high professionalism of the tournament, the element of surprise and last-minute drama is the key to making the Premier League become the most eagerly awaited tournament every time the new season returns.

Since 2009, K+ has exclusively broadcast the entire English Premier League in Vietnam. The attraction of the tournament makes K+ the first choice of Vietnamese football fans. In August 2021, the Premier League continues to open a new season, which is an indispensable choice for Vietnamese men.

Not only the Premier League, K + TV also makes fans “indulge in sports” all year round when broadcasting the world’s most attractive sports tournaments from golf, tennis, boxing or racing…. Currently, K+ holds the copyright to exclusively broadcast top-notch sports content, following the tastes of the audience such as the most prestigious tennis tournaments ATP 1000 and 500, all events in the tournament. PGA Tour and World Golf Championships, The Presidents Cup, Boxing World Title Fights, WRC, IndyCar Series… Not to mention that besides owning the rights to broadcast prestigious sports tournaments, K+ also invests heavily in the production of companion programs to serve throughout the tournaments. The purpose of these shows is to convey the most interesting and rich expertise and information under the guidance of the current generation of excellent fire-makers such as BLV Ba Phu, Hai Thanh, Huy Phuoc, Trung Dung, and MC Tu. Linh…

Not only “full of sports”, K + channels are always “filled with entertainment” with many quality and latest TV and movie works. If before, theatrical films would not have the opportunity to be replayed on the small screen, since 2015, K+ has become a pioneer in bringing Vietnamese movies to the television audience by cooperating with TV shows. domestic studios, broadcasting Vietnamese blockbuster movies after 3-4 months in theaters. “I see yellow flowers on green grass”, “I am your grandmother”, “Let Mai count 2”… are some typical examples.

Not only that, with the TV blockbusters that caused storms at each time, K + also bought strongly to broadcast as soon as possible, parallel to your country, serving Vietnamese audiences. The television shows “Chuong Hau”, “The World of the Married” with the topic of civil war, family turmoil are always interested and popular in Vietnam. The proof is that right after the broadcast on K+, both were hotly discussed on movie forum sites and always achieved admirable ratings through each broadcast. 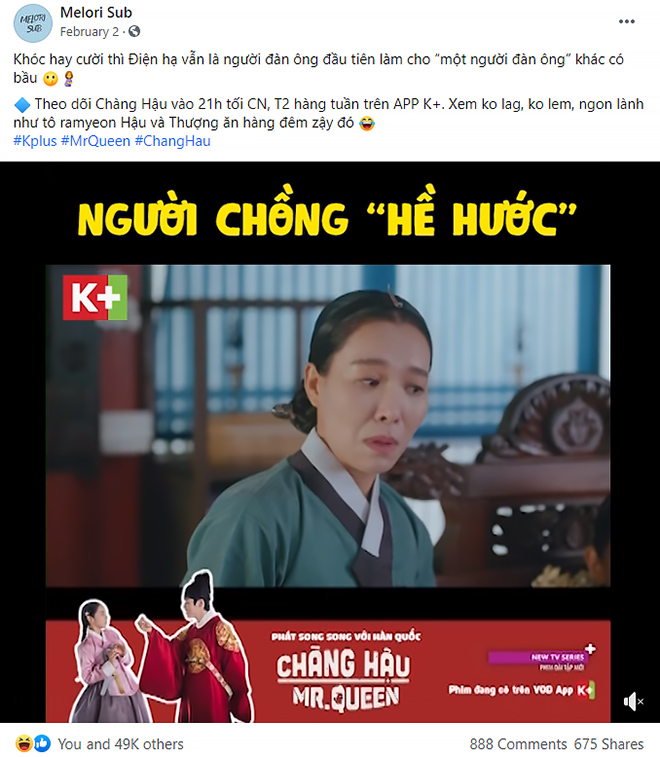 In the near future, K + will continue to monopolize the Chinese-language blockbuster on the topic of strong women “Truly love you” (English name: Love is true). With the story of three women, three different situations facing many problems of love – marriage – family, the film promises to make the sisters sympathize when seeing their own stories in it. The film is expected to air as soon as possible and exclusively on all K+ platforms. In 2021, K+ cooperates with leading Vietnamese directors and actors to produce TV series under the K+ Original brand. With a number of episodes that are not too long and localized, high-quality content unique to K+, K+ Original movies are a step to upgrade outstanding entertainment content, worthy of the position of the most advanced television in Vietnam. Male. Currently, “Evil Mother, Angel Father” directed by Vu Ngoc Dang with the participation of actor Minh Hang is in the process of production and will be the first series to air in the near future, exclusively on K+. 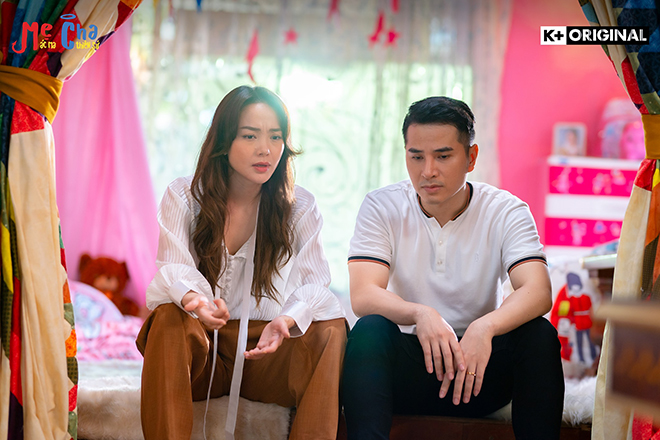 “Evil Mother, Angel Father” directed by Vu Ngoc Dang with the participation of Minh Hang – Huy Anh is in the production process.

With the advantage of nationwide coverage to remote mountainous areas and islands, K+ customers will easily access and experience the unit’s top-notch television entertainment service at all times. , everywhere. Viewers can watch the program with their loved ones at home via satellite digital TV service with K+ HD receiver, K+ TVBox or with K+ App right on mobile devices at any time and anywhere. where.

Moreover, K + also understands that the needs of the audience today go in the direction of specializing in entertainment content, each person has suitable choices to shape their personal preferences, so App K + also built 5 Flexible subscription package to help users easily create their own entertainment world with a cost savings of only VND 15,000/month.