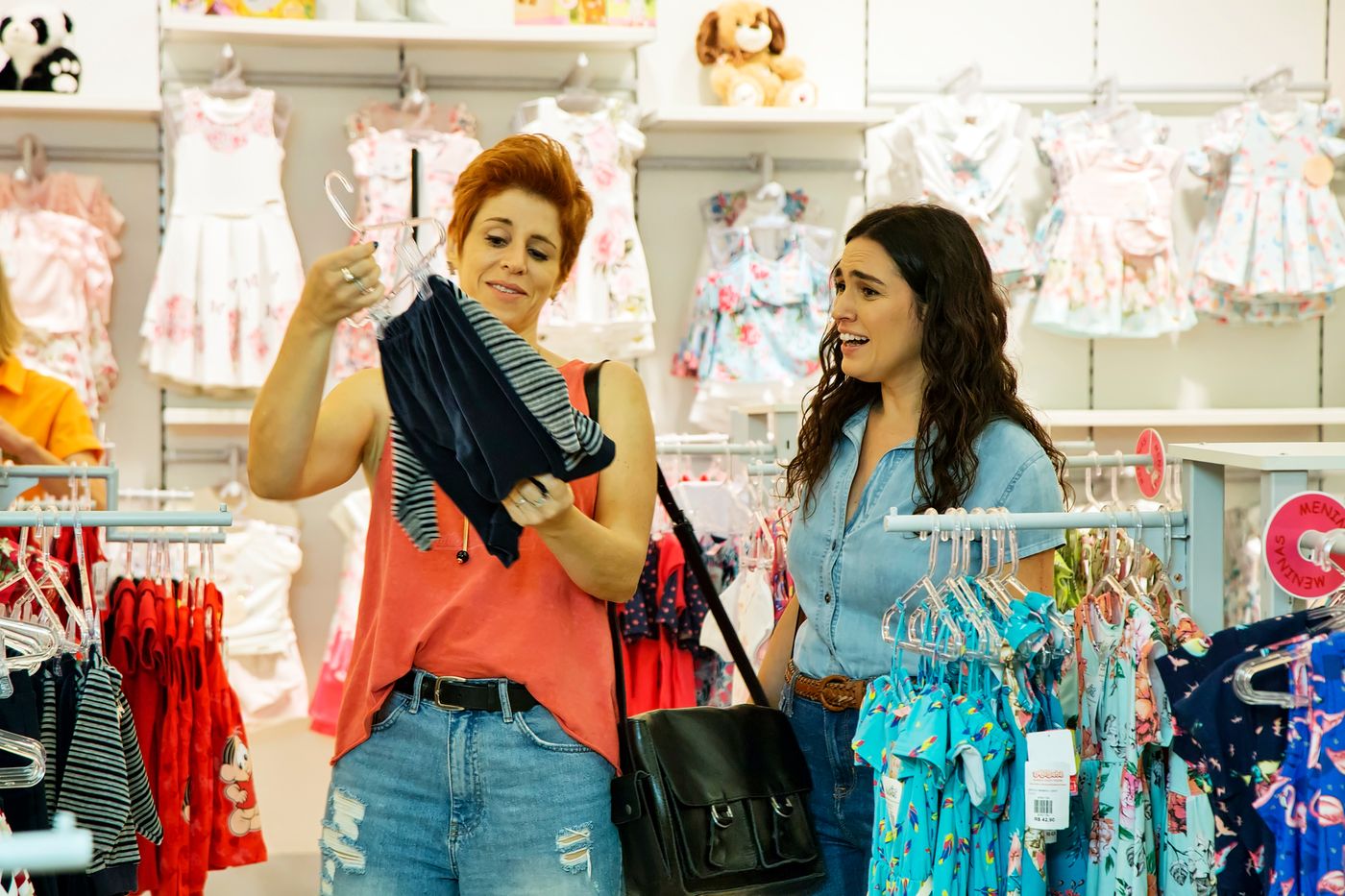 Sometimes a film suffers from containing several. It’s the case for To our children. Based on a play titled For our children by Laura Castro, he takes up the theme. During a dinner, Tania confides in Vera, her mother, that she is expecting a child. But it is not she who is pregnant, it is her companion. In the cold for a long time, mother and daughter, feminists with very different stories, clash harshly on motherhood, the couple and homoparenthood.

Filmmaker Maria de Medeiros played this piece for three years in Brazil. Rather than transposing it directly to the big screen, she makes it just one of the elements of the film that attaches itself to the background of the conflicting exchange between mother and daughter. A member of the middle class, Tania lives comfortably with Vanessa, her partner, on the heights of Rio de Janeiro. A former communist activist, Vera runs an orphanage that welcomes HIV-positive children in a favela.

A rich material but too dense

“I found the play interesting because it is a dialogue between two very intelligent characters, who have very valid arguments on both sides”, explains Maria de Medeiros. But by expanding the story, she unbalances it by pulling it more towards Vera, whom she entrusts to Marieta Severo, without settling the question of point of view.

With Vera’s past, omnipresent in awkward flashbacks, the dictatorship of the 1970s arises, its terrible sequels, its memory and the mad hope of finding the missing. With the present, the director wanted “evoking urban changes in Brazil” and its middle classes, rejected by elites who refuse any social mix, who settle in poor neighborhoods. Added to this are the questions of the right of orphans to choose their adoptive parents and medically assisted procreation in a country where many children are abandoned, the presence of the army in the favelas and the rise of extremism with the accession in Bolsonaro’s power. The material is rich and fascinating, but the film is too dense and fragmented to convince.