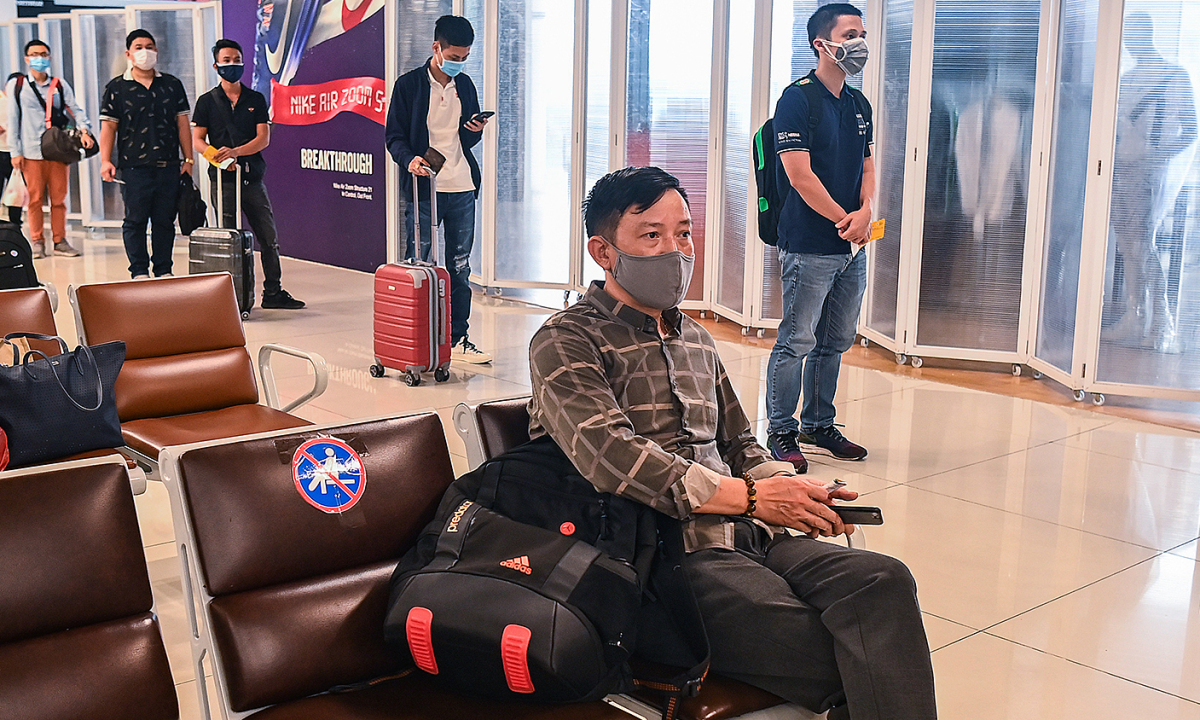 Ho Chi Minh City“The ticket is expensive, it’s hard to buy, I haven’t been able to return,” Nguyen Van Dat texted his wife in Hanoi, waiting for him for the past 5 months.

As a Hanoian, Dat, 30, entered Ho Chi Minh City as a building materials business a few years ago while his wife and children remained in the capital. Before the outbreak of Covid-19, he was still regularly flying in and out. Since April, he and his wife have not seen each other. “The most important thing is that my wife is about to give birth, so she has to go home,” he said.

When Ho Chi Minh City and Hanoi ended the distance on October 1, Dat and his wife thought they would be reunited in just a day or two, but it turned out that everything was more difficult than they thought. Railways and intercity buses have not yet resumed operation. Also on October 1, the Civil Aviation Administration of Vietnam held a consultation meeting with 19 provinces and cities on reopening domestic routes. The ray of hope had not yet glimmered when Dat received the news that Hanoi had not yet agreed to reopen Noi Bai airport. On the afternoon of October 8, the Deputy Prime Minister agreed to pilot the reopening of some domestic routes from October 10, including Hanoi. Dat immediately called to tell his wife the good news.

But again he was overjoyed. All agents and ticket offices that he contacted replied: “Going to Hanoi, there is only one trip per day, receiving up to 50% of guests”. This means that he has to pay a higher price, but the success rate of booking is very small.

Anh Dat has only been anxious to go to the capital for a few days now, and Vu Ngan Ha, 27 years old, lives in District 4, has been trying to get from Ho Chi Minh City to Hanoi for the past few months because the wedding day is near. On October 10, Ha also searched everywhere to book a plane ticket but couldn’t. The ticket price increases by day, Hung, Ha’s fiancé, suggested waiting for the bus or train to operate again, but she disagreed because “two days on the train, there is a potential risk of Covid infection”.

Ha and Hung live in Hanoi together, have been in Ho Chi Minh City for three years, and are expected to return to their hometown in early September to hold a wedding, when the epidemic breaks out. The wedding date was pushed back to the beginning of November. “But now I’m still here. These days, my mother is ‘threatening’ to get married this year, or else I’ll wait another 2 years to get old”, Ha said.

In addition to the difficulty of buying tickets and high prices, Hung – Ha and Mr. Dat were also surprised by Hanoi’s regulations for passengers from Ho Chi Minh City. In addition to the prevention conditions such as having received 2 doses of vaccine or having a certificate of Covid-19 infection that has been cured for less than 6 months and a negative PCR test result, passengers must also be isolated for 7 days at one of 20 guests. designated hotel. The lowest price is 1.3 million VND a day and night.

“I can’t afford this kind of quarantine,” Dat said. During the Covid months, the business was stagnant, he still lost 30 million per month to rent the premises, the economy became exhausted. Not having enough money at the hotel, Dat also did not want to stay in the concentrated isolation area, because he was afraid of cross-infection.

This regulation has forced some people to cancel tickets, including Mr. Duc Sinh, 45, director of a retail and food supply business. On the evening of October 10, the day before the flight, he received 3 consecutive messages from the airline about the new regulation. “I called nearly 20 hotels on the list for quarantined people, but all of them refused because there was no space left,” Sinh said.

This trip of Mr. Sinh has just returned home and implemented a new project. But with regulations from Hanoi, he said it was no different from working online, while determining that traveling thousands of kilometers to the capital was going to monitor and meet with partners.

Struggling for a day with the regulation “7 days of isolation, 7 days at home”, those who longed for Hanoi like Ha or Dat like to find a way out when on the afternoon of October 11, the Hanoi People’s Committee for passengers from Ho Chi Minh City Ho Chi Minh City to be monitored health at home, place of residence.

According to the new regulations, from October 10 to 20, the flight routes between Hanoi and Ho Chi Minh City and Da Nang have a frequency of one flight per day; sit at a distance of 50% of capacity. However, the reduction in the number of passengers and the frequency of flights to Hanoi means that the opportunity to own tickets becomes difficult, especially for low-income workers. “The demand is high, the tickets are few, the price will increase,” Dat said sadly.

Finally, he contacted the ticket office but the machine was busy, tried to search for flights on the airline and only received the message “Flights in the period before and after the 3 days you selected (October 12) have been sold out. place”. Dat sighed, continued to search for prices on other carriers but there was no information.

Ticket prices escalated, not being able to choose a return date, causing Ha to give up her intention to return to her hometown. Long-distance workers like her often choose to work part-time on weekends to increase the number of leave days. But the regulation of reducing flights and reducing passengers made Ha afraid to fly at the beginning or middle of the week. “My company does not accept such a long leave, especially at the end of the year, the amount of work that needs to be solved is large,” she pondered.

For the third time to see the date, Ha’s parents closed in early January 2022 to hold a wedding. Unable to continue to postpone the date, she contemplated resigning from work. “It’s also not good to postpone the wedding date continuously. If you don’t have this job, you will find another job, but you have to take a break,” Ha confided.

As for Van Dat, the promise to return home has not been fulfilled, causing him to be questioned by the children all day. Looking at the children from 2 to 6 years old competing “questioning”, the father of three only smiled: “Then I will come back, wait for the epidemic to be okay, we will meet again”.

Since receiving the change, one hour Dat will go up to look up the ticket prices of the airlines, send information back to the ticket offices for a good quote. In return, he only saw the price of the ticket increasing every time.

“The way home is getting farther and farther,” sighed the 30-year-old man.