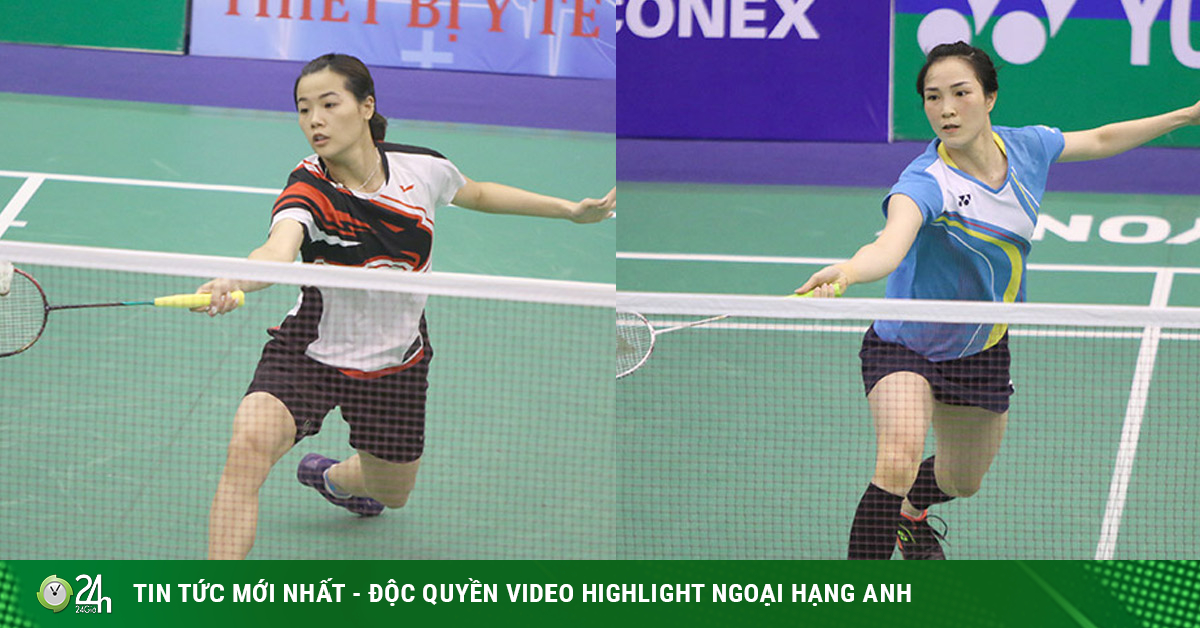 Not only are the two top female tennis players in Vietnam, Nguyen Thuy Linh (42nd in the world) and Vu Thi Trang (47th in the world) are also fierce competitors for the ticket to attend the Tokyo Olympics next year. . Therefore, the competition between these two “beautiful flowers” at the national individual badminton tournament 2020 attracts great attention from fans.

According to the rules of this year’s tournament in the men’s singles and women’s singles, the eight quarter-finals players will continue to be divided into 2 tables, playing in a round-robin competition to select the top 2 players, taking the second place from each group. conclusion. Located together in Group A, Trang and Linh’s match took place on the morning of October 23, has the meaning of separating the first place in the table, in order to avoid having to encounter strong opponents in the remaining group.

Attractive competition from the beginning. The two players have spectacular double performances that make viewers unable to take their eyes off. The equal match was maintained until the end of the half, before Vu Thi Trang bravely won 22-20 to take the lead. Sang set 2 with classy ball phase throughout the four corners of the field, Tien Minh’s wife led 15-9. At this moment, Thuy Linh suddenly played an explosive game to equalize the 19-19 gap before winning against 21-19.

Entering the decisive match set, if Thuy Linh was excited, Vu Thi Trang somewhat lost her fitness. As a result, Thuy Linh won 21-12 to come back to win the final 2-1 after 3 sets.

With this victory, Thuy Linh entered the semi-finals with first place in Group A. She will face Vu Thi Anh Thu (HCMC). Meanwhile, Vu Thi Trang will meet the top player in Group B, Tran Thi Phuong Thuy (Bac Giang). 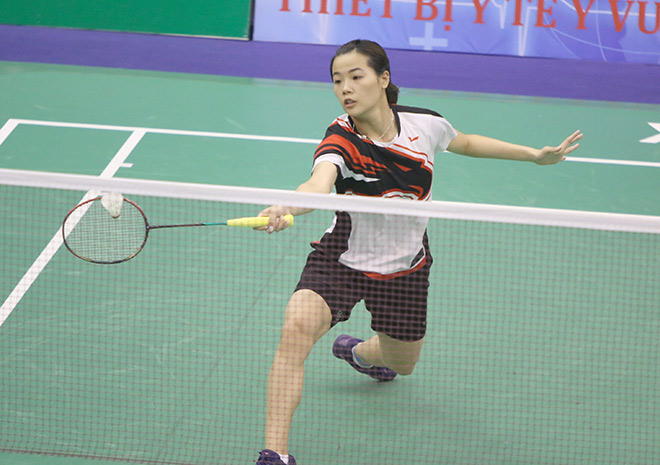 In the men’s singles, old general Nguyen Tien Minh easily got 3 wins to take first place. He will play against 22-year-old Le Duc Phat (Army) in the semi-finals. In the other match, the player is considered the “heir” of Tien Minh, Nguyen Hai Dang (Ho Chi Minh City) compared with the “Dark Horse” of the Nguyen Dinh Hoang (Lam Dong) tournament. Semi-final matches will start at 8:30 a.m. on October 24.