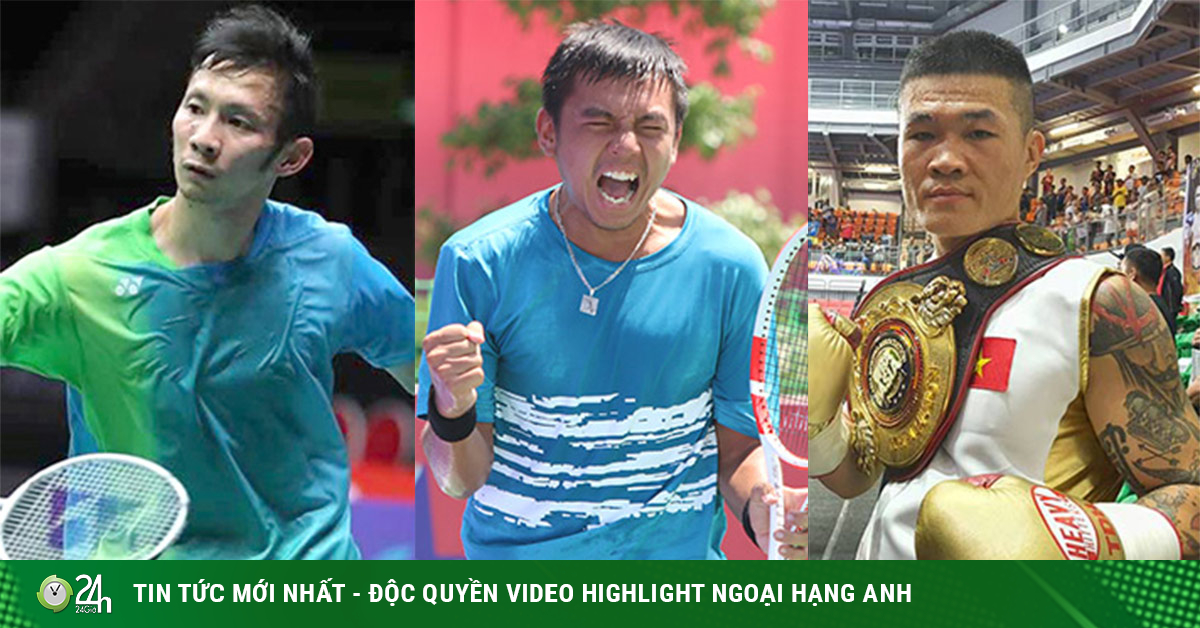 The people of the central provinces are facing a very difficult situation because of natural disasters. Not only in some places where people lose their property and crops, they also have to live in the context of lack of food, water, power outages, and even soaking in floodwater for many days.

In harmony with the spirit of the Central region, with the community, Vietnamese sports athletes are trying hard to call for donations and go directly to the homes of the people who are struggling before the disaster to help.

After 4 days of calling, Asian boxing champion Truong Dinh Hoang has received a donation of nearly 200 million VND. On the morning of October 21, “The king of boxing village Vietnam” was present in Da Nang.

Sharing quickly before moving to Quang Tri, Dinh Hoang said: “At first, I only intended to donate and then pass it on to brothers I trust in the locality that met with natural disasters to support the people. But looking at the image of the people in the Central region suffering, I could not sit still at home, so I arranged all my work and gym to go directly to the Central region to help.

It was known that before leaving, Dinh Hoang had received an advertising contract. After signing the contract, he used the set money to go to the relief. These boxers’ family members also participate in charity activities. In which, Hoang’s father directly participated in the baking movement in Dak Lak to supply food to the people in Central Vietnam. Sharing that same expectation, the number 1 player in Vietnam Ly Hoang Nam tried to call for donations on his personal page. Hoang Nam’s action has received enthusiastic participation from the tennis community in his country.

It is known that Hoang Nam will continue to receive donations until the end of the 2020 national tennis championship, the tournament that Tay Ninh players attend takes place in Ho Chi Minh City from October 28 to November 8.

“Men will receive everyone’s support money until the end of the national championship that Nam participates in. Immediately after that, the South will go directly to local families who suffered badly in this storm and flood to encourage and help the Central people to overcome the difficult period and restore their lives. “, Hoang Nam shared. Although busy attending the 2020 national badminton championship in Bac Giang, badminton Vietnam legend, Nguyen Tien Minh and other athletes organized a donation on the opening day of the tournament.

Meanwhile, a program called “Martial Arts Village join hands with the Central people” was launched by the Vietnamese martial arts community to organize a donation and auction of meaningful items in support of the Central region. Although the review and auction will take place on October 24, the donation from the martial arts community of the country has been more than 350 million VND to send to people suffering from flooding in the past few days.

(Sports news, badminton news) The No. 1 badminton player in Vietnam pointed out two faces that he expected to help badminton …