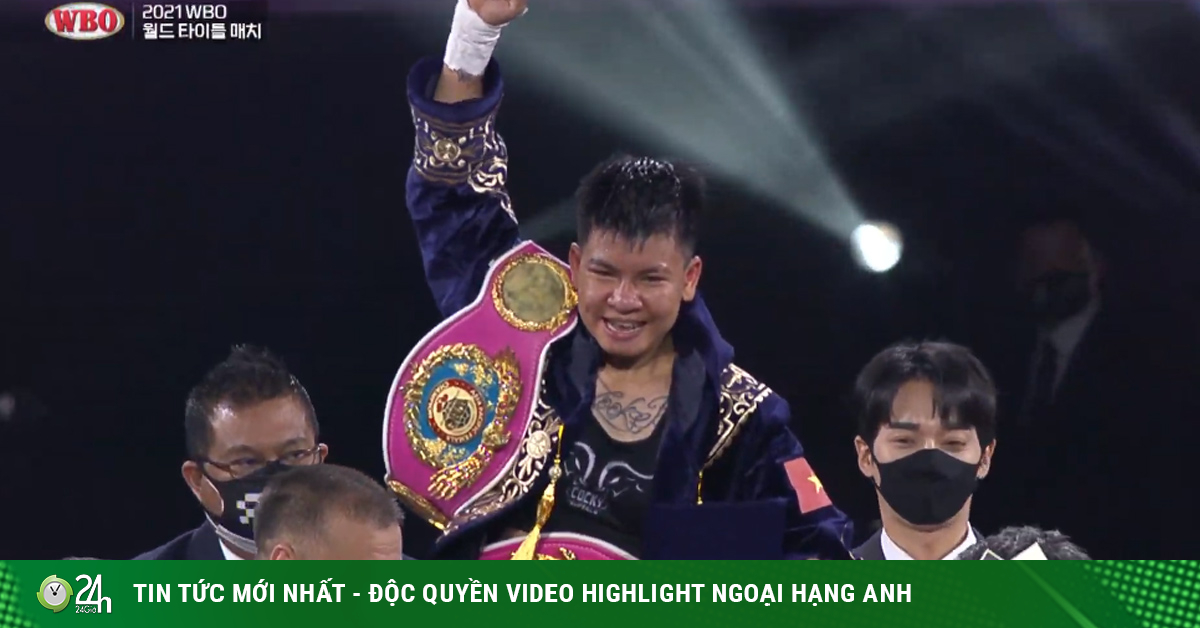 (Sports news, boxing news) From an unknown female boxer, Nguyen Thi Thu Nhi continuously shocked the Boxing village in the country and the world with unbelievable victories on the professional stage.

Even this match was compared to the biggest “mismatch” match at the event. The sponsor also boldly offered a reward of up to 400 million VND if Thu Nhi could win the match. Something that even the most optimistic fans dare not think about.

On the floor with a relaxed spirit, Thu Nhi immediately rushed to the formidable opponent to launch a series of extremely heavy punches that stunned Gretchen Abaniel. After the “frustration” screen at the beginning of the game, Thu Nhi actively lowered the tempo, competed in stalking and launched many effective sniping phases.

Reasonable tactics helped her win the score after 4 rounds against the world champion, owning a prize money of up to 400 million VND and creating a huge “seismic”.

At the end of February 2020, Thu Nhi entered the WBO Asian lightweight championship match in Cambodia. She continues to be underrated against Kanyarat Yoohanngoh. The Thai opponent has a better physique and experience than Thu Nhi. Besides, Yoohanngoh has many years of practicing Muay Thai. 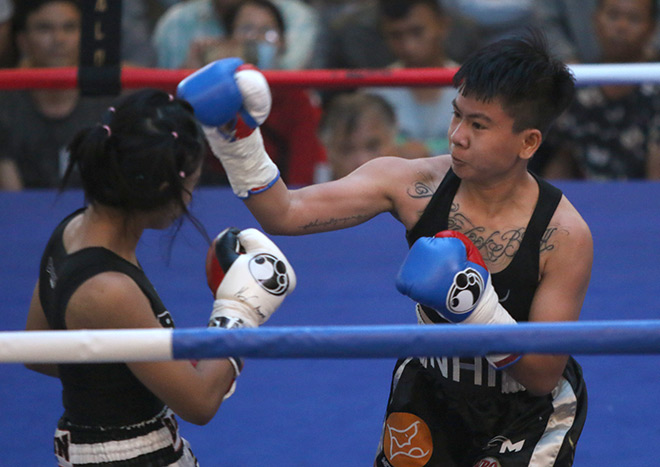 This is the match where Thu Nhi conquered the entire audience with an active and comprehensive attack to overwhelm as well as completely neutralize her ability to move flexibly thanks to her Muay Thai skills. competitor.

Thu Nhi’s constant pressure even made Yoohanngoh so confused that he launched some illegal blows and was reminded by the ear. After 10 rounds, Thu Nhi received the victory in score from the referee team, thereby becoming the first female boxer in Vietnam to own the Asian lightweight WBO professional belt.

Overcoming the Japanese super boxer, to the top of the world

Most recently, Thu Nhi continued to make the world boxing village take off her hat when she defeated the extremely famous puncher Etsuko Tada to win the world lightweight WBO belt in the martial arts event that took place on the afternoon of October 23. in Ansan city (Korea). Clearly put on the scale, Thu Nhi, even though she is the Asian WBO Champion, is still too small compared to Etsuko Tada, who is the WBO World Champion and ranked No. 1 in this weight class. Surprisingly, in the first 5 rounds, Thu Nhi stunned the opponent with diverse and accurate combos. Whether it’s left, right or hook, Thu Nhi still knows how to put her attacks to hit the opponent’s face.

With the self of a star who has conquered many prestigious international titles, Etsuko Tada knows how to pile up. The second half of the match saw the Japanese boxer use his experience and advantage of long arms to put great pressure on Thu Nhi, even causing the Vietnamese female boxer to tear her left eyelid and bleed a lot.

However, Thu Nhi’s stubbornness and steel spirit helped her not to be inferior when she accepted to ignore the defense, being hit more times to return the opponent many punches in the face. Thanks to that tenacity, Thu Nhi narrowly won 96-94 in points to make history for Vietnam Boxing with the WBO World Championship. 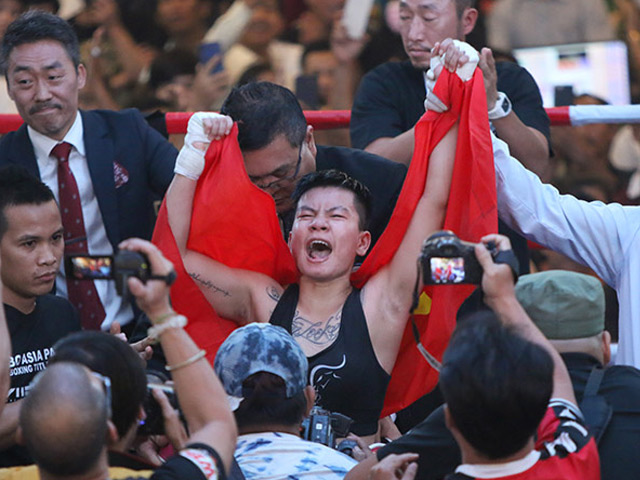