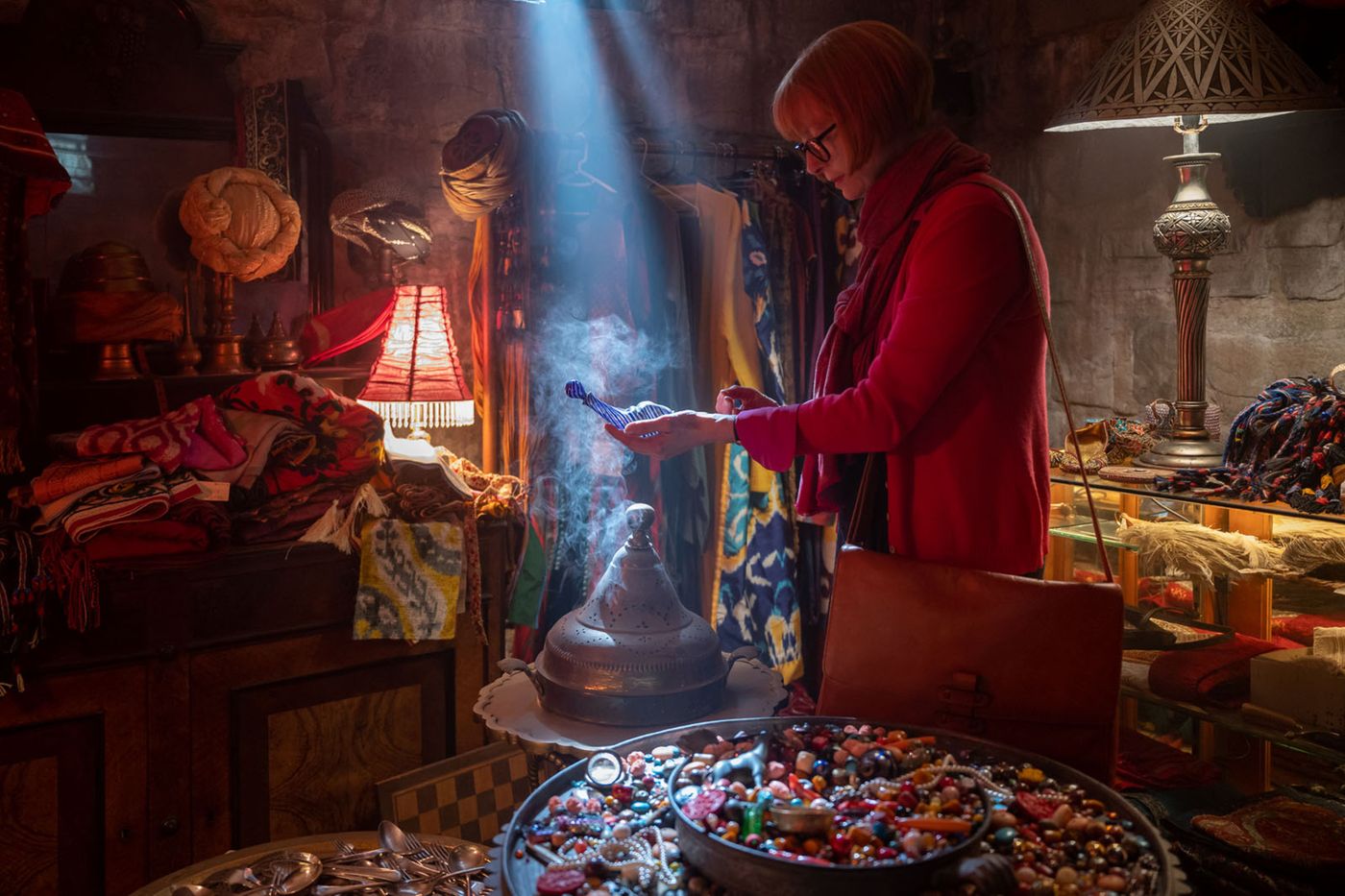 Three thousand years waiting for you**

Don’t be deterred by the kitsch and flashy appearance that the trailer suggests. This is by no means the last Hollywood entertainment film signed by the director of madmax who, with a lot of digital tricks, transformed Idris Elba into an elf with pointy ears to the delight of children.

At 77, director George Miller is making a remarkable comeback, far from his world, with this enchanting and romantic tale which is also a magnificent tribute to the power of fiction. It is moreover not without presenting some kinship with The Forgotten Prince by Michel Hazanavicius, another great lover of the 7th art.

The imagination conveyed by Hollywood cinema

The filmmaker confronts, behind closed doors in a hotel room in Istanbul, an austere British specialist in “narratology”, Alithea, played by Tilda Swinton, with a djinn straight out of a glass vial bought in the Grand Bazaar. Suffice to say that between the skeptical scientist, who explains in her conferences around the world to what extent science has reduced the great mythologies to simple metaphors, and this spirit prisoner of a spell, the meeting is electric. To the point that she refuses to make the three wishes that the genie offers her to grant in order to be freed. Faced with her obstinate refusal, he has no other resources to convince her than to tell her how he found himself, twice, locked up in this damn bottle.

The dialogue between the rational academic and this tormented spirit is then punctuated by stories resembling Thousand and one Night, which take us from the court of the Queen of Sheba to the palaces of the Ottoman Empire, revisiting at the same time all the imagination conveyed by Hollywood cinema, with a lot of Technicolor and special effects. And as love is almost always the engine of the stories, the film will switch imperceptibly towards romance. George Miller signs here a highly delightful tale, evoking this never satisfied need to tell us stories which is at the very origin of cinema.