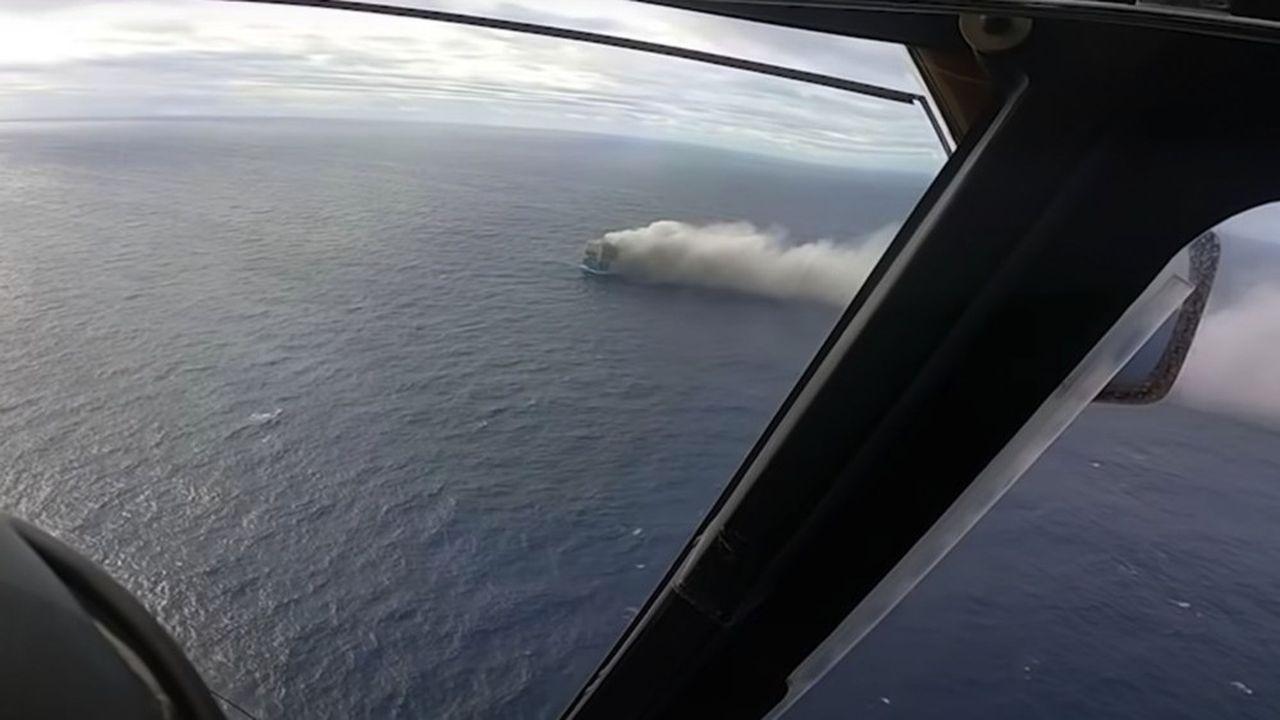 Luxury cars burning in the middle of the ocean… This is the spectacle that the German automobile manufacturer Volkswagen must watch helplessly. A freighter carrying thousands of Porsche, Audi and Bentley cars, properties of the group, indeed caught fire on Wednesday off the Portuguese archipelago of the Azores, in the Atlantic Ocean. All 22 crew members on board were evacuated when the fire broke out and there were no injuries, the Portuguese navy said in a statement. But the cars go up in smoke.

The ship “Felicity Ace”, flying the Panamanian flag, had left the port of Emden, in northwestern Germany, where Volkswagen has a factory, to reach Davisville, in the United States, according to the MarineTraffic site, which provides information on the movements of ships around the world. A photo published on the Portuguese Maritime Authority’s website on Wednesday shows clouds of smoke billowing from the ship.

The German group did not confirm the total number of cars on board and said it was waiting for additional information. Nevertheless, an internal email from the American subsidiary of Volkswagen indicates that the ship was carrying 3,965 vehicles of the brands VW, Porsche, Audi and Lamborghini, reports the German newspaper “Handelsblatt”.

Audi confirmed that some of its vehicles were on board, without specifying their number or providing details on their fate. On the other hand, around 1,100 Porsches and 189 Bentleys were on board the ship, according to spokespersons for the brands concerned.

“My car is adrift”

A situation that moved the American YouTuber Matt Farah, whose car review channel “The Smoking Tire” has more than a million subscribers. On Twitter, the latter claims to have been contacted by a dealer confirming that the Porsche he had ordered was on board the ship. “My car is now adrift, probably on fire, in the middle of the ocean,” he said.

For everyone who is asking the dealer has promised to keep me posted with any updates on how Porsche decides to sort this out. Odds are a new build and hopefully not another 8 months wait for it. https://t.co/izxnLvgvmg

The captain of the port of Horta, in the island of Faial, told Portuguese news agency Lusa on Thursday evening that the fire was still active but under control. Local authorities were not immediately available for comment.