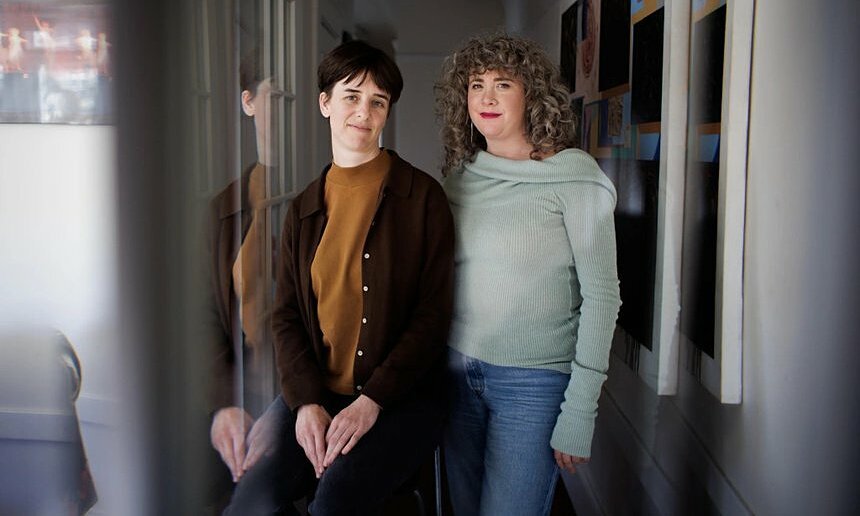 AmericaWealthy young people who have given away all or most of their inheritance call themselves “class traitors”.

The family fortune of Clemmy Brown began with her great-grandfather, who founded a brand of home appliances. The fortune has continuously increased through the generations, so far it has been passed down for many generations, but it has stopped for her.

Clemmy Brown, a psychologist, decided to give away $ 1.2 million in inheritance. She moved in with her parents in San Francisco and lived on about $50,000 a year.

Brown is a member of a group of wealthy young people, mainly in the Bay Arena area (Sanfrancisco, California) that pursues the movement of redistributing wealth to the poor and less fortunate, especially to communities. indigenous communities and communities of color. There are many different wealth distribution groups, of which Brown joined Poor Magazine, founded in 2009. After three years of joining the organization, she has donated $285,000 to date.

Poor Magazine receives millions of dollars in donations each year. To date, they have purchased two properties in Oakland to house the needy, while also sponsoring activities for the environment, racial justice…

The reason Brown did this was because of shame. “I see widespread injustice and it’s wrong to keep large amounts of money that you don’t really need,” Brown said.

“There are people who are homeless, dying on the streets every day. Letting that go on while the rich continue to hoard wealth is rude. We have a responsibility to our fellow human beings and to our lives. To some extent, everyone should redistribute wealth,” said Lisa Grey-Garcia, founder of Poor Magazine.

The “give-away” view is not necessarily supported. Giving away large sums of money in your 20s and early 30s can also have consequences for the giver in the last five months of life, like affecting his ability to buy a home or retire. At the same time, this donation of inheritance can also strain relationships with parents and grandparents, who often disagree with giving away the wealth they have worked so hard to leave behind.

Ella Taylor, a financial planner in Oakland, says 30-40% of her clients plan to give away their entire inheritance. But before clients do that, she is instructing them to know how to plan their own finances, that they must take care of themselves before helping others.

Her clients often come from the Resource Generation group, with 200 wealthy members who have pledged to give away $14 million by 2021. The group’s members are all under the age of 36, in order to stay young and progressive.

Jonah Kagan, 30, has always been a bit shy about her wealth. When asked where he went to college, instead of admitting to graduating from Brown with his parents’ money, he often evades. Whenever it comes to how the growth of the tech industry in the area has had an adverse effect on low-income residents, Kagan often wonders if he is partly to blame.

Joining the group in 2019, he donated $10,000 and two years later another $210,000 – most of his savings. “Certainly I feel fear and anxiety about what might happen later in life. But now I feel better and less embarrassed,” Kagan said.

Members are not allowed to decide where their money goes and how it is used, but the organizations themselves decide how to allocate. “Money has changed hands,” said Ludovic Blain, chief executive officer of California Donor Tablespeak.

From an early age, 37-year-old Alexis Meisels knew it wasn’t fair to grow up in a mansion in Short Hills, New Jersey – one of the wealthiest parts of the country, while everyone else had to. struggling to survive. Her father’s death in 2017 left her with a $5 million trust fund, managed by her mother. Meisels receives an annual subsidy of about 36,000 USD.

When joining Resource Generation in 2019, Meisels said it felt like “finding what I’ve been looking for all my life”. Meisels pledges to redistribute at least $25,000 per year for at least five years. Now she no longer feels guilty, but still struggles with wealth. She wants to give away all of her inheritance, but admits she can’t, because she wants to build a savings and retirement account for herself.

The donation of money also put her at odds with her mother. She worried about her children doing charity too much, later on no longer to take care of themselves. “It’s hard to leave the huge fortune. But it’s like what I was forced to do,” she said.

Bao Nhien (According to Mercury News)